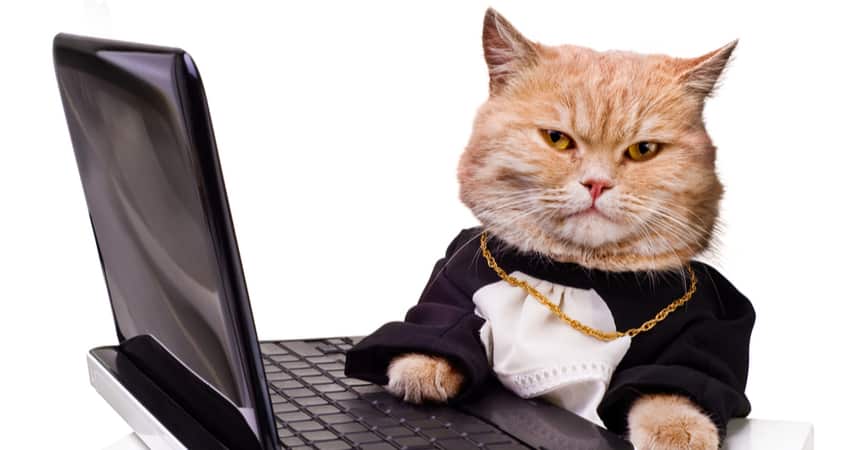 Cryptokitties might mark the beginning of the digital revolution. People spent over $6.4 million on the virtual cats so far and the popularity of these ‘kitties‘ caused an entire range of different opinions, confrontations and confusion. Before we decide if this fad is intelligent or simply silly, we have to explain a few basic things about Cryptokitties

Ethereum promotes itself as an unrestrainable virtual machine that will turn the industries upside down and revolutionize finance. Crypto kitties are the latest ethereum craze that has become extremely popular for a really short time and 4% of all transactions on ethereum network goes on collecting, breeding and selling digital kitties, and this game, by all means, has increased the value of ethereum.

This virtual game is entirely built on ethereum blockchain, and it was presented to the public last Tuesday. Players can buy and sell virtual cats for the average price of 22 dollars (the most expensive one is almost 115 000 dollars) and make hundreds of thousands more in real value. Users are buying them only in ethereum and then breed their collectible cats to create more of them. Each kitty has its own set of attributes ‘cattributes’), and they are more costly if the cattributes are attractive to other players. It takes two kitties to make a new one, and when your original cats breed, it takes a longer time to breed another one. When you buy a virtual cat the record of your purchase is tracked on the blockchain and that is a guarantee for your payment and a guarantee that your money doesn’t disappear.

These cryptocollectible kitties are based on the concept of digital scarcity which means that you can create a finite number of cats (the similar principle is applied on bitcoins where there is set an upper limit on the number of bitcoins that can be mined). The idea is that all possible cats come into existence by November 1, 2018, and after that, you can continue cats’ breeding if you breed those you’ve already bought or you can buy them from other players. You can choose a gender of your cat (they are not initially assigned gender – each kitty can act either as a matron or sire). The owner chooses which one it will be. At the moment, there is a real storm in the world of crypto kitties. Even those who never thought of buying ether are now obsessively buying fancy virtual cats, craving for more and more. How to play CryptoKitties?

First, you need to buy some ether and put it in a digital wallet called MetaMask that works as a Chrome browser extension. When you transfer some ether to the wallet you go to CryptoKitties website and create an account which is necessary in order to connect and unlock your wallet to the main ethereum network in order to buy, sell and breed kitties. Make sure that you have enough ether to pay the fees associated with a transaction, and some extra ether for the transaction to go through. Now it‘s time to buy your first cat. There are thousands of cats in the game but, for example, only 81 main coons or 156 jaguar kitties. Go for the traits that are rare, and for the kitties that are more expensive. If you buy rare kitties their prices are very high, and siring of these kitties can bring you a lot of money. On the other hand, breeding two common kitties can also create a rare one that you can also sell for a lot of money, but it‘s a lottery! You never know what kind of kitty you will get! So when you want to choose your own kitty, go to the siring market, click on the one you want to buy, and when sure – confirm the transaction. When choosing a kitty, pay attention to its cattributes, generation number, and the cooldown. The higher the generation number the lower the value and performance of the kitty. The cooldown indicates how much time a cat needs before it can breed again. With every breeding, its cooldown gets a bit worse. The game is started with 100 founder kitties and they are introduced into the game every 15 minutes as a new ‘gen 0’ cats for the average price of the previous 5 sold +50%. However, start with a cheap kitty to make sure how all these things work. The future of ethereum

In July a crew of experts (including capitalists, bankers, cryptocurrency entrepreneurs) gathered in Aspen, Colo, to discuss the future of digital money, especially bitcoin and ethereum. They agreed that these cryptocurrencies are here to stay in next 5-10 years and that Blockchain has just started to warm up to newcomer Ethereum. The blockchain and ethereum have fantastic infrastructure applications, and there are expected more crytocurrencies to win out the market, and there is a plenty of room for multitude. However, investors should be cautious cause although digital money gives a great opportunity to get rich easily, it‘s also an opportunity to get ripped off. But this rule goes with every new technology.

If you want to invest in the Forex market, perhaps you should treat your investment as any other speculative asset. Always keep in mind that you might lose almost everything. Cryptocurrencies like ethereum have no actual value from what a buyer is willing to pay, so that‘s why there are huge price swings which increase the chances of loss. If you re not the type that can stand that kind of volatility, you might find your luck elsewhere and not with ethereum on the Forex market. Opinions are deeply divided between the merits of ethereal as an investment – supporters underline its limited supply and growing usage, and others consider it as another speculative bubble. The thing is that the future of ethereum is unpredictable having in mind that it exists for 2 years only. If we look the period between 2015. and 2016. on the Forex market, the price of ethereum was stagnant, below $2.50, but in March 2017. it became the second biggest currency in the market cap. Experts believe that it will hit the value of $1000 by the end of 2019. cause it‘s developing rapidly and many funds of different companies are flowing to ethereum.