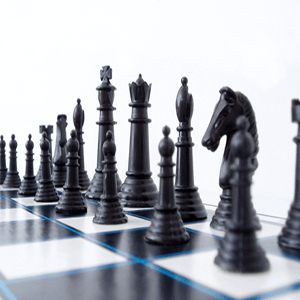 In identifying horizontal support and resistance (S/R) we must first look for a zone where price touched a certain point and reversed or stalled there. Then we must look back on the charts and see how price reacted to that level. If we have at least two touches of the level, then we have our S/R level. The more times price touched a level and then reversed, the stronger support or resistance is in that area. Like I said, S/R levels are rarely within the pip. Think of it more like a zone.

The Basics of Horizontal Support and Resistance

Look how price reacted then it touched the red line. That is a good level of resistance and this is what you should be looking for.

Notice that the second time price tried to overshoot the red line, it encountered strong resistance and dropped immediately after. As you can see, massive profits could be made if you went short there. The drop was 500 pips. Looking back on the chart, you could see that price was rejected from that level several other times. Here’s a zoomed out picture (click to enlarge):

We just talked about Resistance, but what about Support? Well, it’s the same thing, except it supports price, when it’s hit from above. Check out the picture bellow and see how price tried several times to break the support (green line). The fourth time it attempted to break it, was rejected for about 300 pips.

Sometimes, price will not respect the S/R levels like in the pictures above and will go straight through. Horizontal Support and Resistance can be a tricky strategy. If this happens and a strong level of S/R is broken, there is a high probability that price will continue to move in the direction of the break. Look at it this way: sellers tried several times to take the price lower, but every time they encountered strong support of price from the buyers. When finally the level is breached, more sellers will join them, seeing that the level didn’t hold and price is heading lower. Also, a lot of buyers have stop losses a few pips behind the support level. As we all know, when the stop losses are hit, the buyers automatically turn into sellers. This will push the price even lower.

Broken support turns into resistance and broken resistance turns into support. This happens because, like I said, the market is driven by people and once a level was tested several times, it becomes a psychological level for most traders, a place where they know price bounced, reversed, stalled, in other words, it reacted. When price returns there, they will take some kind of action and that is why we will see price react again when it touches the level.

It is hard to predict when a S/R level will be broken or when it will hold and that is why this kind of trading is risky, but it also has a lot of reward in it.

Let’s review how he can find Horizontal Support and Resistance levels:

That’s it for today. Try to look for Horizontal Support and Resistance yourself on the charts and see if you can spot them.