Home Analysis Strong Dollar vs. Weak Dollar: Which One Is Better?
Analysis

Strong Dollar vs. Weak Dollar: Which One Is Better? 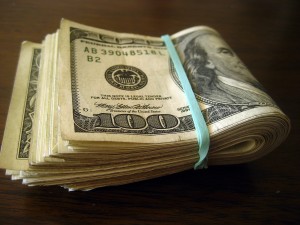 US dollar is the most widely used currency in the world today. The official currency of the United States of America since 1792, it is also used as a de facto currency in many smaller countries – Ecuador, Zimbabwe, Panama etc., and as the most widely used “anchor” currency on the financial markets. Speaking of which, the analysts and commentators often use terms “weak” and “strong” in relation to specific currencies – usually the US dollar.

For instance, strong dollar means exported goods (goods exported to the US) are cheaper, while US-made goods are more expensive. Likewise, weak dollar means that US goods are more affordable, giving them more power in future bargains. At the same time, goods imported into the US are less competitive compared to domestic products.

With strong dollar, non-US corporate entities operating within the US or doing business with US companies will make more money, while those same US companies have to fight an uphill battle to export their goods and services abroad. If the opposite is true (as dollar weakens), the situation is reversed: US-based companies will be much more competitive due to lower costs (production or otherwise) while other companies and businesses will have to fight tooth and nail to keep their clients in the US.

However, not only the large corporate entities have a stake in the strength of US currency. Ordinary people feel consequences, too. For instance, strong dollar means US citizens will see the rise in living standards (and not just them, but literally everyone who gets paid in US dollars). They will be able to afford more goods of – hopefully – higher quality as the value of their paycheck increases. If they go on a trip abroad, having more valuable currency in their pockets can really make the difference in experience. At the same time, while US tourists profit, tourism within the US suffers, as fewer people can afford to go there and spend their hard-earned money. If US dollar is weak, the situation is reverse.

Overall, there is little to worry about. According to economic theory, currency fluctuations and spikes tend to level themselves out in time, because offering cheap goods makes the demand go up, and demand drives up the prices in turn – and vice versa. Strong dollar is great if you get paid in US currency or do business with US companies; not so great if you do not get paid in US currency (especially if you have to live or travel there). US companies doing business abroad also suffer due to mounting costs and less room for bargaining in foreign markets.

Currency Risk in Forex Market and How to Curb It

Gold Standard and Fiat Currency: Which is Better?