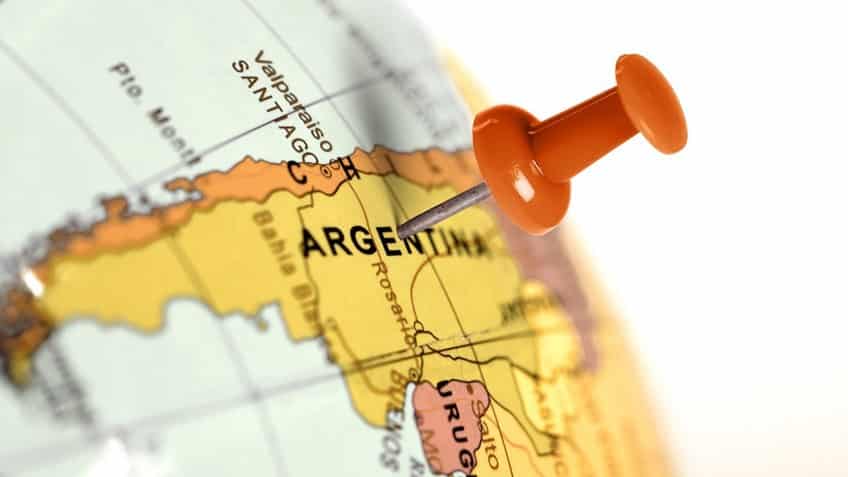 When Argentina chose a new president in 2015. it had been facing some serious difficulties like inflation, poverty, low industrial production, high percentage unemployment rate etc. So, the newly elected president Macri had to face some serious opening period to his administration. Argentina in 2017. is still facing all these problems and citizens are impatient to feel some change in the economic policies that take time to be conveyed and start having some effect on Argentina economy in 2017.

The issue of unemployment

The statistics show that the unemployment rate in the first quarter of 2017. was 9.2%, and these kind of circumstances certainly are not favorable, having in mind that only the suburbs of Buenos Aires count over 10 million people, as Argentina population statistics show. The unemployment rate in Greate Buenos Aires shows the amount of 11.8% which is more than the rate from the end of 2016. of 9.4%. Although the new government tries to convey some radical changes and develop new programs and policies for creating new jobs, the statistics show that the economy indicates no significant signs of improvement.

During the years of Macri‘s office, figures show that the rich became richer and poor became poorer, which means that 10% of the population was receiving 25.6 times of the average income of the poorest. Last year, the disproportion income between the rich and poor was outrageous – the average of the lowest income was $85 (1370 pesos), and the highest average income was about $2175 (35 000 pesos). The situation got even worse when Macri decided to dramatically increase taxes on public transport, water, and electricity. This decision negatively influenced the poorest citizens since this increase amounted 200-700%! The situation further deteriorated with the increase of the price of gas in the middle of the cold wave during the winter, and of course, the dissatisfaction of the poorest citizens has found its way to the streets in a series of protests. Although Macri‘s pre-election slogan was “zero-level poverty”, economic indicators show exactly the opposite including Argentina economic growth, Argentina GDP, inflation, and unemployment. Although Macri has been repeating that the measures might seem harsh and painful, he promised that these kind of measures are necessary for the economy to improve. According to his expectations, foreign investment should soon start flowing in, salaries should rise and inflation and employment decrease. The new government has promised a lot so far, but the time is running out and the changes that are occurring are moving in baby steps. The congress decided to pass the controversial pension reform in order to open the road to the new package of economic reforms despite the violent protest in Buenos Aires. The current government thinks that the fiscal deficit has been a major problem that caused successive economic crises over the past century, so they decided to reform the pension system by changing the formula to calculate pension benefits by indexing them to the inflation. The opposition thinks that this kind of reform will seriously do harm to retirees and welfare payments. This reform will, however, save around $3.8 billion (0.6%GDP) and it will help the government reach their fiscal deficit target of 3.2%.

Return to the intentional capital markets

Despite the numerous economic problems that Argentina has been facing for some time, after 15 years of absence from the global market, Argentina again gets into the spotlight of global investment. Both private and public sectors will get new opportunities through a variety of investment projects. Fifteen years of exclusion from the global market have left serious scars on all aspects of their economy due to their debt. The funding was limited and expensive and Argentina was viewed as a risky debtor. Sharp drain in international reserves led to restrictions on imports and inflow of the capital. This, again, reflected on GDP – it stopped growing, in fact, it decreased by 6% since 2011. But today, despite all the difficulties the overall picture seems better.

The central government has started participating in local, European and the US debt markets. It has also set the reduction of fiscal targets. 70 % of the expenditure is directed towards the improvement of transportation and roadways, and the government believes that this kind of investment will considerably increase productivity and competitiveness. Multilateral agencies have increased funding in most cases for capital expenditures, which means that financial markets have regained confidence in Argentina.

Since macroeconomic and political conditions have improved, Argentina has become a great opportunity for global investors. The real sector is still in early stages and the public sector is slowly showing the signs of recovery since the last quarter in 2016, and the economic experts say that more improvement can be expected in the private sector in the years to come. Once again, despite the current unrest and numerous difficulties, 2016. can be marked as the beginning of new era for their country’s economy. There is a cynical joke about Argentina that says that God created the country as too good, giving it fertile land, cattle, oil, and minerals, and then it created Argentine people. Looking at the country’s recent leadership history, one can notice that it has always been subjected to corruption and isolation. Today, these state is beginning to change slowly, but general improvements are evident: Macri managed to settle Argentina’s standoff with bondholders, he deprecated peso (as shows the USD to Argentine peso opposition on the Forex market), he put an end to the black market despite depreciating the purchasing power, he removed export controls. Also, the government turned toward its natural resources, wine, and food to shape a tourism industry, which is crucial for economic development that will generate direct and indirect employment. However, the road ahead will not be easy cause inflation remained high, massive capital inflow has eroded most of the real devaluation, and low exchange rate remains a serious problem. In order to turn the country around, the government has to set a long-term vision and make the best of Argentina’s natural resources and the Old World wine culture.