No answer for Greece, no meeting for Tsipras? 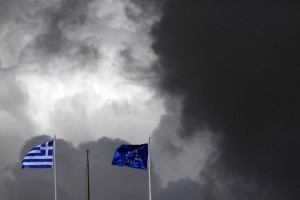 Although EU officials said yesterday that they instantly refused the proposal Greece delivered to them, statements coming from Athens claim they got no response. The cash for reforms deal is still on shaky ground, but now there is a lot of anxiety between the negotiators.

But new information is in the spotlight today, after a member of the French government issued a press release that no meeting between his president Francois Hollande, the German Chancellor Angela Merkel and Greece’s Prime Minister Alexis Tsipras is scheduled for this Wednesday.

This is sort of shocking information, as it was previously confirmed by the Greek government that this meeting between Tsipras, Merkel and Hollande was set to be held in Brussels. Just a reminder, there is a summit scheduled there from Wednesday on which Tsipras was not invited.

Along with the proposal for the IMF and the European Union, the Greek government delivered two supplementary documents with reserve solutions for the fiscal gap and the sustainability of the debt itself. This was underlined in a statement made by Athens officials.

The documents were given to the EU Commissioner Pierre Moscovici directly on Monday night. Two days have passed, but according to Greece’s government no answer has been given to them yet from Brussels. 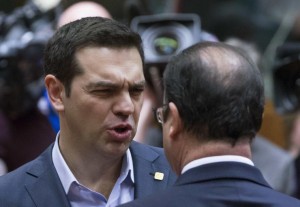 The head of the euro group finance ministers, Jeroen Dijsselbloem, indicated that the alleged meeting between Tsipras, Merkel and Hollande to be held on Wednesday, is at least questionable, if not unreal. This follows after other officials from Brussels already dismissed Greece’s proposal as insufficient for the euro zone members to accept.

Official Paris also stated a press denial about the scheduled meeting. “ No meeting with Tsipras is on the agenda for the next days. But anything can happen once we get there “.

The European Commission chief, Jean Claude Juncker, has no intention what so ever to meet with Tsipras for now. He believes that the misleading of his own parliament and misrepresenting the creditors, shows that the Prime Minister of Greece is unrealistic. “The ball at the moment is on the Greek side of the court. They need to hold on and fulfill the promises they gave last week on the meeting with mister Juncker “ – said spokesman Margaritis Schinas at a press conference. 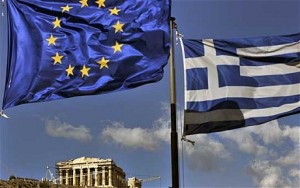 But the main problem remains. Greece stands on its position that unless debt relief is offered, they won’t sign any deal. The euro zone creditors on the other hand, say that there won’t be any sort of debt rescheduling until a deal is signed and implemented.

Greece slowly starts to go with the flow 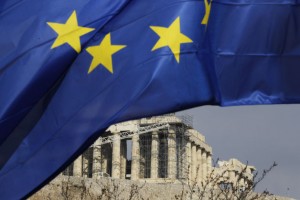 IMF and the European Union got some news from Athens, when official Athens stated that they are willing to negotiate until the end of June with them in order to achieve some compromise. The Greek government firmly believes that a solution that would bring peace to all of the sides involved is near.

After the Prime Minister of Greece, Alexis Tsipras instantly rejected the proposal given by the lenders last week; the comments struck a more conciliatory note. He suggested that Greece could make a step back and make some changes that the IMF wants, even some that caused a rift in the Syriza party. The austerity cuts are one of them and practically the main one.

The proposal from last week caused a lot of new problems in these negotiations. Some of the terms for the cash for reform deal that is meant to save Greece, were labeled as stupid, absurd and insulting by Tsipras. His statement was followed by an even angrier one from the President of the European Commission, Jean Claude Juncker and a situation in which Juncker denied a call from Tsipras.

One of the main promises Alexis Tsipras gave during the elections campaign was to throw out another extension to Greece’s bailout. But now, according to the government spokesman Gabriel Sakellaridis, that possibility is becoming more and more real and it’s only a question of time for it to happen. 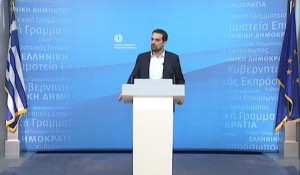 Greece is in deep trouble at the moment, perhaps even worse that a couple of months ago. If the creditors don’t release some additional funds (remaining funds), Athens cannot pay their debt repayments until the end of June. But although the situation for them is pretty bad, the Greek government still refuses to bow its head and agree to the creditors terms.

At a news conference, Sakellaridis said that the mission of the Greek delegation is to dig deep and find a possible solution that could be at least satisfying for both sides. Our proposal is a starting point for sure, he stated. His further comments were much calmer than the Prime Minister’s last Friday, so apparently official Athens is starting to take a different approach. “ We have a lot of time until the end of the moment, and that gives us chances to have political dialogs and negotiations, so that is a positive outcome “ – Sakellaridis said.

The previous extension of the 240 billion euros bailout program that Greece got from the creditors is going to expire at the end of the month. According to Sakellaridis, another extension is certainly a possibility and a temporary solution, so it will be discussed.

Monday, 8 June 2015 0 comment
0 FacebookTwitterPinterestEmail
In accordance with FTC guidelines, choose-forex.com has financial relationships with some of the products and services mentioned on this website, and choose-forex.com may be compensated if consumers choose to click these links in our website and/or ultimately sign up for them.
Forex/CFD, Spread-betting & FX Options trading involves substantial risk of loss and is not suitable for all investors.
We use cookies on our website to give you the most relevant experience by remembering your preferences and repeat visits. By clicking “Accept All”, you consent to the use of ALL the cookies. However, you may visit "Cookie Settings" to provide a controlled consent.
Cookie SettingsAccept All
Manage consent