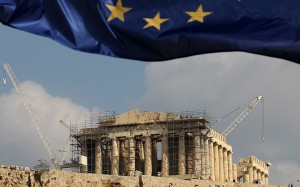 The European Union and the euro zone creditors refused the promise of economic reform that Greece gave to them. A swift rejection is all they got for now. It is considered to be good, but not good enough for Europe to unlock the funds that Greece desperately needs in order to avoid a complete disaster.

Although these last days there was a change of winds and a believe that Greece’s Prime Minister Alexis Tsipras is taking a more reasonable approach given the situation and the stakes at risk, apparently that is not the case. Brussels officials quickly refused the proposal, saying that the proposals on taxes, the budget and the debt itself were simply not good enough for the creditors to accept.

The spokesperson for the European Commission stated that the ideas from Greece and their proposals are still being studied and analyzed in order to find the good spots in them. He also implied that no other officials will be giving any last case related interviews.

Only a couple hours before that, official Athens send the proposal for Europe, hoping to finally meet each other on a common ground. All they got as a response is “ this idea is not enough and therefore is not acceptable for members of the union “ and “ not enough to start this negotiation and crediting process again “. Some sources stated that Greece immediately started working on a slightly changed version to send.

Alexis Tsipras will have a meeting in Brussels in the middle of the week, so Greece’s officials will give their best to reduce the differences with the creditors before that. According to a source involved in the negotiations, there is intention in their side for the Prime Minister to be able to conclude a deal and finish the process on that trip this Wednesday. It looks like Tsipras understood that they must go with the flow. 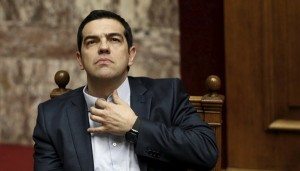 There is growing anger and rage in some countries which belong to the euro zone about the negotiation stagnation. Over 240 billion euros were given to Greece since 2010 and the country’s crisis. The biggest piece of that money came straight from euro zone countries’ pockets.The Finance Minister of Finland, Alexander Stubb gave a statement in which he underlined that there is a desire in the euro zone to keep Greece inside, but that the time and particularly patience is running out. 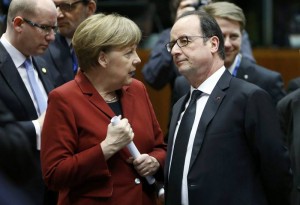 Tsipras’s last proposal is judged as a desperate attempt of the Prime Minister to prevent his country to go bankrupt. On Wednesday, he will have a meeting with the President of France, Francois Holland and the German Chancellor Angela Merkel in order to give them a new one. Higher value added tax rates and higher budget surplus targets should be enough, Greece hopes, should be enough for the creditors to accept. Greek stock market ATG jumped two percent encouraged by negotiations end possibly nearby.

No answer for Greece, no meeting for Tsipras?