Russia Faces Longest Depression in Decades with Sanctions and $50 Oil 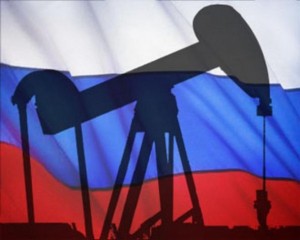 The Russian economy is heavily dependent on crude prices and the latest slump in the oil market means Russia’s recession might continue in the next year.

The first economic downturn since 2009 seemed to fade away as oil price increased 40 percent from a half year low in January. Crude oil price recovery has stalled recently, questioning the government’s infallibility on growth in 2016 and leading the budget to its largest deficit in half decades.

President of Russia Vladimir Putin assured the citizens that Russia is on the course of recovery, his optimism is much needed since in 2016 parliamentary elections will take place. According to ING Bank NV analysis the budget needs crude at $80 a barrel to balance its budget. The central bank says the Russian economy is strong enough to withstand two-year recession if the oil prices remain at $60 through 2016.

,“Russia will face a recession or stagnation next year” at $50 oil price levels explained in email Dmitry Polevoy, a Moscow-based economist at ING. “It will likely be necessary to cut spending more, to postpone a part of military spending and to use what remains in the Reserve Fund.” 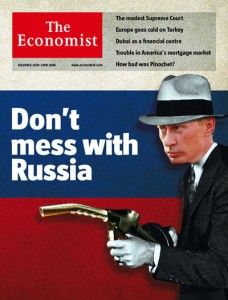 Who is messing with whom now?

Dazed from a currency crash in previous year and sanctions over Ukraine, the Russian government has already slashed budget expenditures by 10 percent and plunged into its sovereign wealth fund, the Reserve Fund, in order to help cushion the deficit. If the low oil price remain Russia may require additional financing from its other sovereign wealth fund, the National Wellbeing Fund, according to Polevoy.

The central bank already conducted a stress test which in its worst case scenario speculated with oil at $40 and an economic shrinkage of 7 percent. The central bank concluded that 187 lenders would face a capital shortfall of 0.6 trillion rubles ($11 billion) while the share of non-performing loans would double to 17.7 percent. If the oil at $40 is realistic the Russian economy would decrease for a third year in 2017, explained the central bank in June.

The latest government growth forecast visioned 2.3 percent in 2016 after predicting smaller contraction (from 3 percent fall to 2.8). Putin’s first two presidential term was an economic success story at least in terms of GDP growth: the average annual growth hit 7 percent in 2000-2008.

Russia and the Oil Factor

“The oil price shock may exacerbate the recession and/or prolong it,” explained Jane Muta chief analyst at HotForex broker. “Although we currently expect the economy to post very modest growth of 0.5 percent in 2016, we think the economy may remain in recession throughout next year if the average Brent oil price remains below $60.”

The ruble, which plunged 46 percent against the dollar last year, strengthened to 59.69 against the U.S. currency. It’s one of worst performer in the past month.

The latest government draft for next year’s budget is based on $60 a barrel average Urals price, with an outline to cut the deficit to 2.4 percent of gross domestic product in 2016 from the 3.7 percent announced for 2015.

If the predicted price of $60 a barrel price is not likely and the crude trades average $55 a barrel in 2016, the Russian economy may stay in recession according to a report published on by OAO Sberbank, Russia’s largest bank.

“An exit from the recession is postponed until 2017,” Sberbank analysts led by Julia Tsepliaeva said in the report. 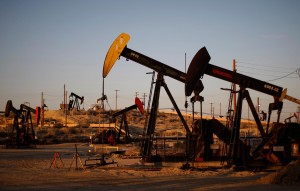 Surplus and rising appetite in the oil markets: lukewarm prospects 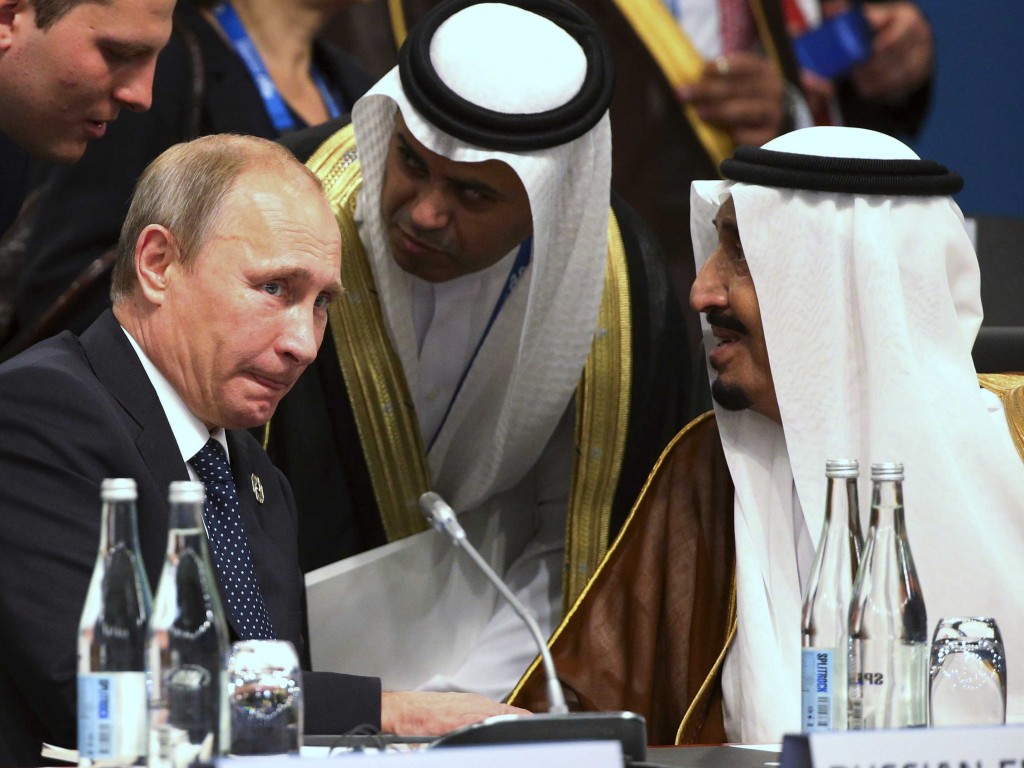 Is Saudi Arabia Leaving The U.S. Behind For Russia?

The drowsy oil market since 2013 will seemingly continue in the next six months as well.

The $5 crude range is the narrowest in 19 months while the volume was the lowest since December. The open interest – the number of outstanding futures contracts – was the lowest since January. According to some analysts the future prospects are bleak too: in the past months New York oil futures traded around the $60 a barrel and it will average about $59 and $63 in the third and fourth quarter respectively.

Despite the Iranian comeback to the crude markets and the undergoing U.S. shale production decline, the markets stay apparently unmoved. Although gasoline demand has risen faster than expected, curbing slightly the oil abundance from growing, the record level production from OPEC’s Saudi Arabia and the sudden increase in U.S. shale output have limited possible rally in prices from the biggest fall since 2008.

“The market has found its equilibrium point and I don’t see any reason for us to break out of the range,” commented Janne Muta, chief market analyst at HotForex on Wednesday. “It’s a tug of war between gasoline demand and crude supplies.”

The present markets conditions are bleak by all means. West Texas Intermediate crude plunged about 60 percent from $107.26 in June 2014 to $43.46 in March before the price started picking up about 40 percent. The U.S. benchmark grade lost 21 cents to $56.72 a barrel in electronic trading on the New York Mercantile Exchange at 11:49 a.m. Singapore time Friday.

Volume averaged 800,000 contracts a day in the first four months of this year. It dipped to 636,128 last month, down 40 percent from February’s record high of 1.07 million, according to exchange data from the ETF database. Open interest fell to 1.612 million on June 22, the lowest since January.

Investors withdraw $1.02 billion from the ETF last quarter, the biggest outflow since the early months of the financial crisis, June 2009.

The facts, that the OPEC crude production is at record high level while the U.S. output (even though the drilling rigs number has plummeted recently) still on the rise eliminates any chance of price rally on the oil markets. 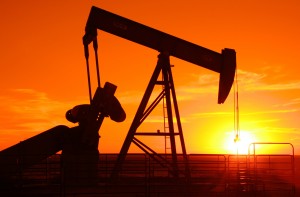 The Organization of the Petroleum Exporting Countries pumped 32.1 million barrels crude a day in June, that is above its 30 million quota for a 13th month. U.S. production was 9.6 million barrels a day last week, close to a weekly record, according to the Energy Information Administration.

“We are more likely to continue trading in a range until we see a material shift in U.S. production,” commented the market situation Harry Tchilinguirian, BNP Paribas SA’s head of commodity markets strategy.

The only bright news is that the U.S. gasoline demand increased to 9.54 million barrels a day in the four weeks ended June 26, the highest level since 2007, according to the EIA.

Oil prices could drop further if Greece exits from the euro zone or a lasting nuclear deal with Iran is signed, added Kristian Kerr senior strategist at dailyfx.com.

The Greeks again heading to the polls on July 5 to cast their vote for or against further austerity measures demanded by the international creditors. The referendum could end Alexis Tsipras, Greek prime minister political career or the Greek expulsion from the euro-area.

Iran has asked OPEC to allow it to produce 4 million barrels a day from the current 2.85 million in June.

Some analysts predicted oil price hike as the U.S. rig volume decreased. Rob Thummel, a managing director at Tortoise Capital Advisors LLC in Leawood, Kansas, which oversees $16.9 billion, said oil may move above $65 in the second half and into a $65-to-$80 range eventually as U.S. production slows.

Most of the investors and analysts agree, that the price moving factors are the potential Iranian deal, the Greek referendum and the future trajectory of the U.S. output. Until these factors are unclear oil, price stays unpredictable.

Friday, 3 July 2015 0 comment
0 FacebookTwitterPinterestEmail
In accordance with FTC guidelines, choose-forex.com has financial relationships with some of the products and services mentioned on this website, and choose-forex.com may be compensated if consumers choose to click these links in our website and/or ultimately sign up for them.
Forex/CFD, Spread-betting & FX Options trading involves substantial risk of loss and is not suitable for all investors.
We use cookies on our website to give you the most relevant experience by remembering your preferences and repeat visits. By clicking “Accept All”, you consent to the use of ALL the cookies. However, you may visit "Cookie Settings" to provide a controlled consent.
Cookie SettingsAccept All
Manage consent