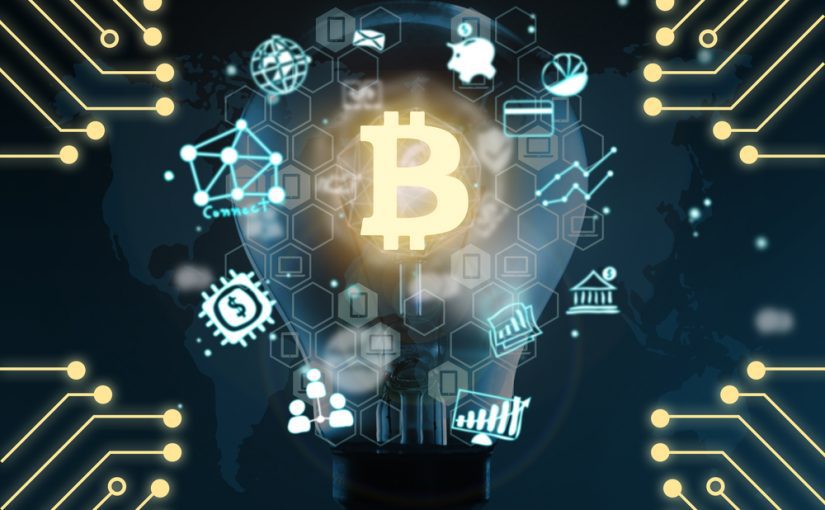 As attractive and potentially profitable investment asset for the future investors, many experts believe that cryptocurrencies will replace the current money transactions. Although volatile and risky, the market capitalization for Bitcoin, for example, has drastically grown until this day. But what is cryptocurrency? It represents a digital currency that’s based on encryption for generating money and verifying the transactions. In other words, this specific currency is encrypted, virtual, peer-to-peer currency that functions just like any other type of currency (dollar, pound, euro), but it consists of codes and the transaction is conveyed through digital tokens without a third party and a double spending problem. Bitcoin is the de facto standard of cryptocurrencies, and other digital currencies inspired by Bitcoin are called altcoins. At the moment, there are more than 900 cryptocurrencies available and they differ in liquidity, acceptance and value retention, and we‘ll explain a few important: Bitcoin, E-coin, Ethereum, and Litecoin.

Bitcoin is the first decentralized, peer-to-peer digital currency created in 2009. It‘s used for instant and secure transfer of value from any part of the world. It presents an open network, not issued or controlled by any bank or government, and it has significantly improved the existing payment methods in the internet era.

E coin is a cryptocurrency based on the Bitcoin technology and it also functions as internet cash. E-coins are created for two types of network: closed and open. E coins used for closed networks are those for games and social networks. They have a different genesis block based on Fluttercoin.

Similar to Bitcoin, Ethereum is also a distributed public blockchain network, but with differences in purpose and capability. Unlike Bitcoin, Ethereum runs the programming code of any decentralized app, and there‘s no mining, but you have to work to earn a crypto token called Ether. It‘s used as a cryptocurrency for paying feeds and services on the Ethereum network.

When created in 2011, the general idea was to improve the Bitcoin and enable instant, open-source, and decentralized payments just like Bitcoin, but in some ways it‘s even its direct competitor. Since it‘s very young, it might experience a great success with a faster rate of transaction confirmation, greater number of coins and script hashing algorithm. How is the value of cryptocurrency determined?

The Bitcoin value, the Litecoin value, or the value of any other cryptocurrency can be determined according to their scientific value (a challenge to coordinate an action by enabling a computer communication); technological value – they should be censorship resistant and impossible to shut down; social value – since there is no third party for transactions to determine E-coin value, for example, it works within decentralized systems and public leaders.

Adjusting and discovering Ethereum value can be determined by supply and demand or the current marketing buzz surrounding the coin. Also, for all the cryptocurrencies, mining, inflationary policies, transaction costs are very important, as well as a design value, network, contract, and application value.

How to buy Bitcoin and other cryptocurrencies?

How to buy an Ethereum or Litecoin for many still remains a mystery, since it‘s not stock or investment, but digital coins and tokens used for building a decentralized internet. You can get a Bitcoin from exchanges or directly from other people. The easiest option for the US citizens is to buy coins at Coin base (they support Bitcoin, Ethereum, and Litecoin so far). First, you open your account, choose a payment method. You‘d probably have to enter some additional info since the cryptocurrencies are highly protected, and once you choose a transaction you can’t halt or reverse it. People outside the US should try buying at the BTC markets (AUS), Bithumb, Coinone (KOR), QuadrigaCX (CAN).

Bitcoin price and Etherum price will remain rivals in 5 to 10 years period and Etherum, as the newcomer, has just started warming up. At this point, they have absolutely stolen the show in comparison to, let’s say, Litecoin or E-coin price. But more winners are expected on the horizon.

How do cryptocurrencies work?

When you confirm a transaction, the confirmed amount of cryptocurrency is stored in a public ledger, then the corresponding ‘digital wallets‘ calculate an accurate spendable balance. When a transaction is made from one wallet to another, then you wait for a confirmation. During that time, wallets verify an encrypted signature to obtain the proof that the transaction is coming to the wallet. Mining is the process of confirming transactions, and in order to do that, there must be solved a complex mathematical ‘problem‘, and when the miner does it, he confirms the transaction and blocks the public blockchain ledger. The mining process is in fact the thing that gives the value to the coins. This is how the Bitcoin works, and all other cryptocurrencies as well.

Are cryptocurrencies a fraud?

Bitcoins, Ethereum, Litecoin, bring along some risks but, they are not a fraud. It‘s believed that Bitcoin technology represents the future of financial services, but people should be aware of the risks and the weaknesses of any new system and that they wouldn’t improve overnight. Investing in Bitcoin and other cryptocurrencies must imply understanding how the things work, and you should know that risk can always turn into an opportunity. However, not all countries share this supportive opinion. For example, Chinese government forbids cryptocurrency exchange and China‘s Central Bank is still talking about fraud with bit coin. On the other hand, here’s an example how Swiss stopped fraud with E-coin. As it has reached significant success, Switzerland will try to maintain some kind of regulated system of cryptocurrencies by reducing the regulatory burdens of blockchain startups. They decided that the financial services using Bitcoin technology not to be regarded as banks anymore. They reduced the regulation and eased the requirements in order for the cryptocurrency system to grow and improve in the future.

• No fraud – Since the currency is digital it can‘t be forged or reversed, so the user can avoid the credit card chargebacks.
• Identity protection – Using the cryptocurrencies you only send the amount of personal information that is necessary.
• No third party – You won‘t waste time and money that you usually spend for traditional asset transfers.
• Easily accessible – Everyone can access it by phone or Internet.
• Lower fees – There are no transaction fees up to this moment, since miners are compensated by the network.

Trading in cryptocurrency on the Forex market

More and more forex brokers started offering to trade in Bitcoins and other cryptocurrencies. It implies opening a forex account, only a deposit of $100 or less, and you can also take the leverage. But be careful since brokers take small fee every day for every trade that occurs overnight, and that fee can easily get increased by the broker. The second problem that may occur is the security of a broker. Be very careful which broker you choose if you don‘t want your investment to disappear for good due to broker‘s bankruptcy. If you think about giving cryptocurrencies a try on the forex market, consider the short time investment. The future of cryptocurrency

Experts predict that many other currencies will appear after the Bitcoin, Ethereum, E-coin, Litecoin etc. and it‘s very likely that it will appear some currency that nobody ever has seen before, much better and much improved. Although cryptocurrencies are a great way to raise the money, there will also be many examples of rip-offs, as usually happens with the new technologies, and this is the reason why the regulations are heavy. Until the rules are generally adjusted, to stay safe is to follow the transparency. Another good thing about the cryptocurrencies is that they will influence the improvement of companies with power to improve their systems and make them more efficient.