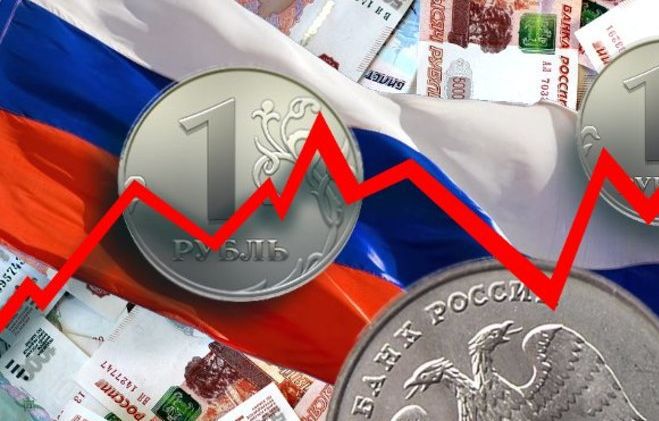 Russia is a country that has one of the lowest productivity rates in Europe, with its unstable salaries and relatively weak spending power. However, job statistics and percentage figures show that Russia unemployment is its lowest unemployment rate since 2014. In the period between 2015-2016, during the Ukraine crisis and sanctions, Russia was facing a decreasing domestic demand and collapse of the currency, but Russia youth unemployment rate seems to be lower than 2008-2009. This seems very contradictory because government policy is not favoring reforms and efficiency, but jobs, social and political stability instead.

With restrictive labor rules and companies withstanding the pressure from the Kremlin that does not support firing people, employers are forced to reduce salaries, the number of working hours and they send employees to unpaid holidays. All these factors, actually, camouflage the actual state of the labor market and throw the country deeper into the recession. They‘d rather maintain the stability than convey some radical reforms. They are facing a problem of growing underemployment with people with part-time salaries or on unpaid leave status since companies want to protect their profit margins and thus reduce their production. This state, of course, puts some additional pressure on the economy that disables Russia’s potential economic growth. High inflation rate considerably contributes to the burden of the working class, and poverty strikes the small industrial towns with declining population.

Moscow 2017 research shows that one-third of Russia’s unemployed youth are highly educated, and the possible causes may be that the universities do not prepare the graduates adequately for the labor market, or there might be a discord between the skills they have and the labor market demands. Another problem may be low salaries for the well-educated and also the cultural change (Russian young women don‘t want any longer only to stay home and raise children). In addition, the current youth generation is lower than in the past – from 24%, it dropped to 19.7% in 2015.

The crisis and the high cost of living affected the decisions of young couples to restrict themselves on one child or not to have children at all. The decrease in population during the 90‘s was even lower than in many states during the wartime! Unemployment in Russia amounts 8.1% or 7.1% of the total Russian workforce, and Moscow unemployment rate is the lowest unemployment rate in the country. However, the current economic state and the rising inflation rate have affected Moscow as well forcing their citizens to face the financial struggle. Despite lower Russia unemployment rate than expected, Russia struggles with low oil prices, high inflation and battered currency. The US decision to tighten the imposed sanctions have frozen assets and restricted certain transactions and exports. These sanctions have greatly affected energy, financial and defense sectors which resulted in the crash in global oil prices, and decreased the country’s main revenues. This decline affected the collapse of ruble on the Forex market and the capital and investment moved offshore.

Although Russia economic growth has experienced some kind of improvement after 2 years of deep recession, what Russia really needs to do is to convey some serious and radical economic and political reforms, if they want to avoid the emerging profound issues.The shock to the Russia GDP has been severe – many companies have faced the bankruptcy and 10% of all the bank loans turned up to be non-performing. Despite enormously talented and creative population, the government must diversify its economy, improve the demographic profile and strengthen the institutions.

Despite the evident facts, Vladimir Putin, the Russian president, refuses to admit them, and stubbornly claims that Russia is entering ‘the new phase of growth‘, and predicts the inflation to go below 4% by the end of 2017. However, he proposed support for companies in the digital economy, artificial intelligence, and virtual reality.

Will Russia be able to return to the pre-crisis state?

It’s still early to give statements about how well the Russian economy is recovering, and there are no reliable grounds to claim that the decline will continue. Russian agriculture has shown a growing trend since 1999, as well as growing exports of railway cargo. Recovery can be detected in the rearmament program and there has been an extra payment to pensioners in the beginning of 2017. Still, these are only some signs of improvement and they cannot be labeled as general economic upturn. There are still way too many sectors where the crisis had deeply rooted. For example, there has been a decrease in car sales since 2013. and in residential construction. Production and import do not show any signs of growth. In the last five years, there has been an evident lack of progress, and on the other hand, the government ardently struggles to give optimistic predictions about the future economy, but the economy is tightly connected to the structural reform program. To conclude. from the point of view of numbers and mathematics the economic situation seems ok, but reality tells us that the current economic situation is far from ideal. Without the serious structural reforms, no real improvement can be expected. And these are the most important changes that should be undertaken:

– investment climate improvement – the government should ease operating, licensing standards and heavy regulations if they want to encourage the foreign investors in the domestic economy.

– Investing in infrastructure – Investing in roads, railways and ports will increase the connectivity. This type of infrastructure is considerable in Russia, but currently, it’s badly distributed. The improvement will directly affect domestic and foreign markets and the mobility of labor.

– Support of innovation – Russia should invest more in research and development, especially science and technology because this is the most important key to better productivity. But before that, they should enable a healthy institutional and business environment and efficient goods market if they want to secure the innovation policies‘ return.