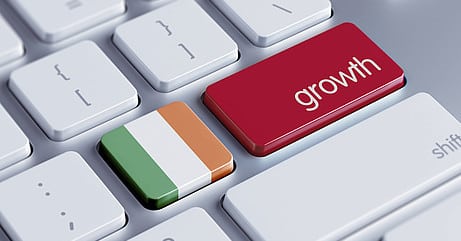 The Irish economy today is characterized by a strong growth and good recovery 10 years after the economic crisis, and it almost represents a miracle in the world of economy. There have been recorded significant increases in income and business investment, but no increases in debt. Ireland in 2017. is going through a positive phase – employment grows at a faster rate, despite Brexit and potential international tax policy changes. The forecast shows that the wage cost inflation will reach 2.8 % by 2018. The Central bank job statistics and percentage figures predict that the unemployment rate will decrease to 5.6% by the end of the following year. Moreover, Ireland has created 203 000 jobs since 2012, mostly for the third-level qualified. The current state of Irish economy

IMF Executive Board estimates that Ireland possesses the capacity to repay the IMF credit of 4.5 billion return, due to its strong economic and fiscal performance and favorable market conditions. Domestic demand led to a steady growth in the previous year, and in the first three quarters in 2016. it recorded growth of private consumption and investment. Despite the inflation, Brexit-related risks, and external political difficulties, the economic outlook remains generally positive. However, both private sector and private sector balance sheet improvement are necessary in order to remain stable, as well as the strengthening of the tax base, spending efficiency, and capital expenditure.

As far as building and real estate sector is concerned, Ireland is on the brink of another building boom, especially Dublin. New building units are needed in the broad center of the city, and the shortage of supply has pushed the rental prices back. Experts believe that Ireland will avoid the dramatic bubble scenario, despite the rapid house price growth. Experts at the estate agency Savills think that the biggest problems of the last decades will not be repeated. However, that great number of investors is the result of good returns from the growing rents, and the reason for this is the lack of housing units, which creates a major market imbalance.

After a long and deep recession, banking and fiscal wipe out, Ireland economic growth is improving since this country is riding again on the big globalization wave. The dark days seem to be over since it entered a 3 year EU IMF program. Ireland GDP has stabilized, and the banking system is back at its feet. Three factors greatly contributed to the rise of Irish economy: medical devices, pharmaceuticals, and financial services. The leading pharmaceutical companies are located in Ireland, as well as the most powerful banks and insurance companies operating from Dublin. But, of course, this could not happen overnight. They laid the firm ground back in the 60‘s for the global business success. However, its innovation system lags behind Austria, Finland, Sweden, Denmark which record a double GDP in comparison to Ireland. They should adjust their innovation system to the needs of small companies that promote new, value-improving businesses in the most advanced economies. Ireland has directed its tax credit for research and development. which is, of course, a good thing, but it needs more people on their road to success. Although teachers’ salaries are among the highest in the OECD, less educated don’t enjoy any benefits. So the government should do its best to lessen the gap in the inequality on the labor market.

Also, Irish tax and welfare system brings destabilizing social division and discontent as well, since welfare is costly and requires high taxation rates, so the workers are forced to pay very high marginal income tax on the average wage. Instead of doing this and rising dissatisfaction, perhaps they should invest in developing perspectives for the unemployed or improve the conditions of the employed cause keeping people economically inactive is the worst risk of instability. This issue can be solved by adopting more active policies related to the labor market, suggesting progressive ideas for training and education of the unemployed and decreasing taxes for those with low incomes. Although Ireland is on the winning streak it can learn many things from its own mistakes and thus make the most of the upcoming opportunities. A world-class innovation system to bridge domestic and foreign companies will open new jobs for everyone, and help it resist the twist and turns of the new globalization challenges.

The good thing is that Ireland is facing all the challenges from the strong position, so the government must do its best to make the most of the economic growth, improve competitiveness and adopt proper measures to minimize the losses provoked by Brexit. Although Ireland’s GDP growth is very stable three years in a row, economic experts say that the numbers are boosted by multinational activities.

Finally, the Bank of Ireland continues to forecast growth for the Irish economy, but at a low rate. In general, the statistics show that Irish economy today will finish this year with a substantial forward momentum, and there have been a lot of upside surprises that present a significant counterweight to Irish economy downsides.The government should continue with the support of the solid economic performance in the years to come.