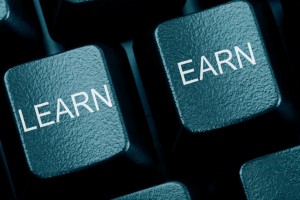 Currency forwards are legally binding contracts that pin the exchange rate of a currency on a future date with no down payment. The parties arrange the trade which is to be carried out at a later date; this can be very profitable for some, especially if the conditions change by the time the deal is realized. Currency forwards is only available to major players in the Forex markets, which makes them quite uncommon, so there is no need for a governing body. Because this type of contract is considered “private” (even though the parties are usually banks and corporations), any disputes are settled privately. The reason why major entities continue to use them is that they offer more favorable conditions than anywhere in the markets and the fact that the only ones capable of fulfilling such huge orders on a regular base are similar entities. The result is a very tight circle of low fees, favorable trading conditions, and reliable counterparties.

Futures are contracts that involve trading fixed amounts of currency under predefined conditions. Their simplicity, margin levels, and good reputation made them a common sight in Forex markets. These are essentially currency forwards on a small, standardized scale, meant for smaller players. Unlike forwards, they do require a down payment as a “proof of intentions”, and any “misunderstandings” are handled by a higher authority – the clearinghouse. Forex futures are binding for both parties, but there is always a way out. If fulfilling the contract is not an option, the trade can be canceled, under the conditions from the contract.

Currency options are contracts between two sides: the writer and the holder. For a small fee, the holder acquires the right to trade currency at a fixed rate over a period of time, if they so choose. If not, the options expire worthlessly. Depending on the type of option, the writer commits to buying or selling a fixed amount of currency upon request from the holder, at the price stipulated in the contract, regardless of the spot rate.

Swaps are agreements whereby one side exchanges cash flow with the other. Swaps are more similar to forwards than any other derivative: they are over-the-counter agreements between major players and the main point is to take advantage of different business conditions to mutual benefit, or to satisfy their commercial needs. Two parties agree to exchange different currencies, along with interest rates, Libor, and any other stipulations. In case of an emergency, a swap can be cancelled much like any other derivative: it is either traded away, or compensated under the terms from the contract. Or one side simply defaults, which is not recommendable.

In any case, Forex derivatives will each get due attention, in their own articles.