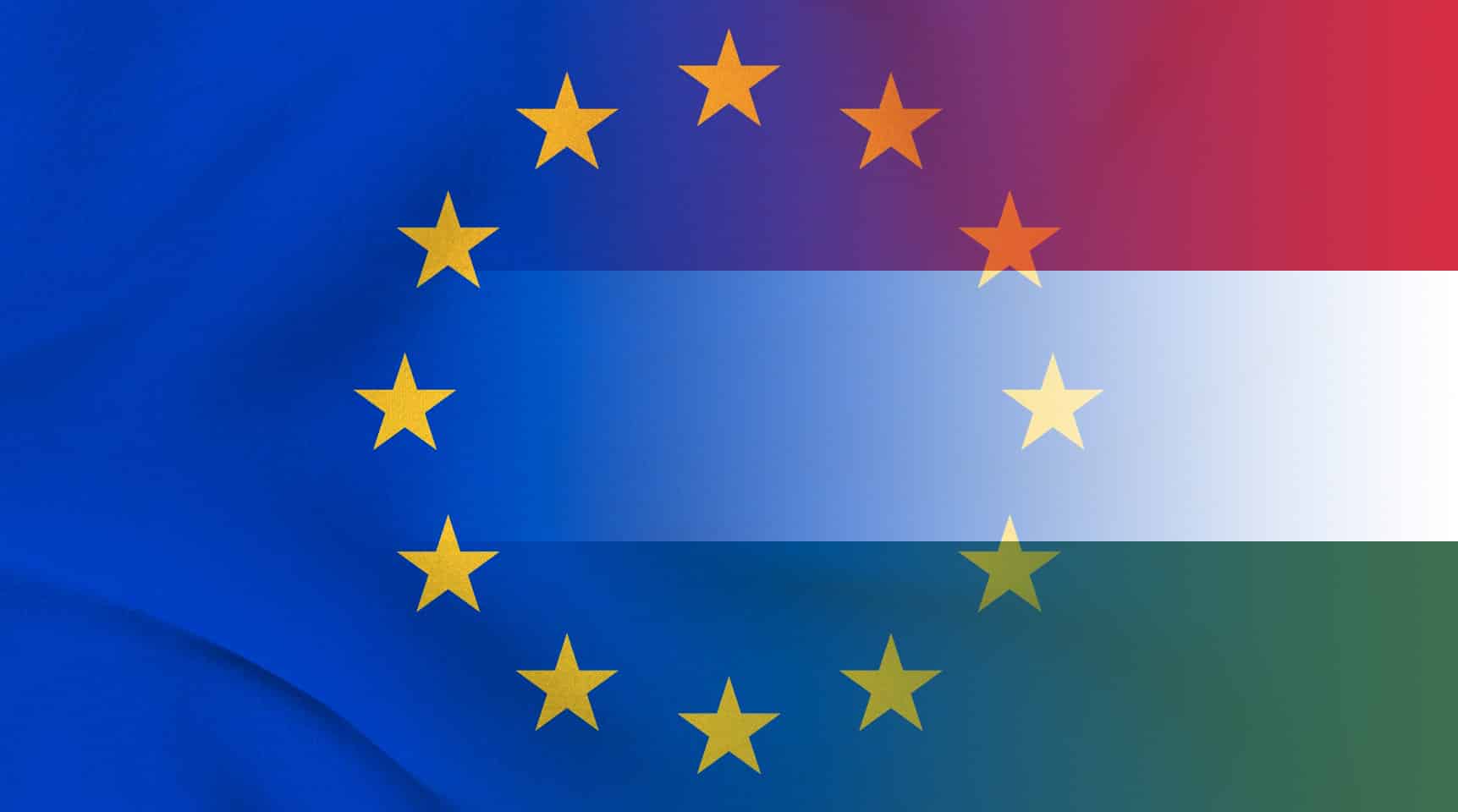 János Áder, the Hungarian President, signed the controversial new bill on labor law, despite thousands of Hungarians organizing a massive protest in Budapest against it. This new reform allows employers to seek up to 400 hours of overtime work annually. The draft of this law on labor was submitted to parliament earlier last week, which caused the most massive protest that Hungary had seen in more than a year, with people calling this law the “slave law.”

The far-right Hungarian Prime Minister, Viktor Orbán, dismissed the opposition to this reform as “hysterical shouting,” even though there were more than 5,000 demonstrators on the streets for days. Orbán re-entered the office in 2010 and has made a number of moves since then causing concern among both Hungary’s EU allies and people in Hungary itself, but none have brought about such anger as the latest changes to the labor law. 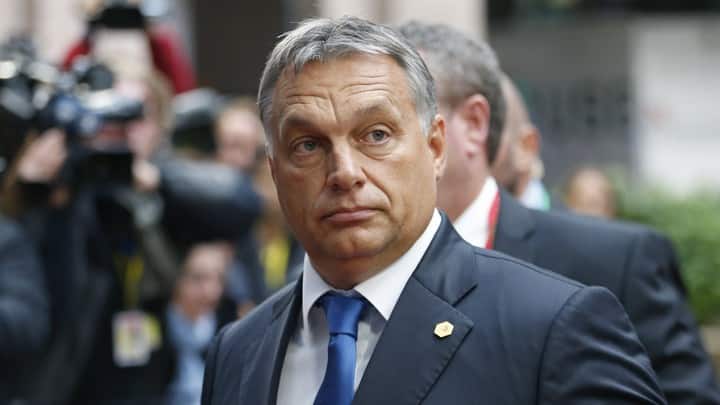 Why is the new labor law so controversial?

The latest changes to the Hungarian labor law, passed by the governing majority in Hungarian Parliament, nearly double the amount of time employees can work overtime – from 250 to 400 – and at the same time give the companies the opportunity to delay the payment for three years, instead of one.

In some instances, the new law also allows the companies to avoid paying extra for overtime work, by compensating some employees at their regular rate per hour.

The President, however, stated that the new provisions were similar to other regulations about overtime work in other members of the European Union – the employees are required to give written consent for overtime work, and they would not be penalized for refusing to work extra hours. Additionally, a government representative stated that overtime work would be optional for all employees.

However, experts believe that outside Budapest workers are at the mercy of their employers since there are few alternative forms of employment, which means that they are not in a position to refuse to work overtime, which puts them at a significant disadvantage.

Moreover, according to an analysis by the Organization for Economic Cooperation, the people in Hungary already work longer hours than the majority of their western neighbors. In Austria, employees worked an average of 1,613 hours in 2016, whereas Hungarian employees spent 1,740 hours working and receiving half the pay, on average. 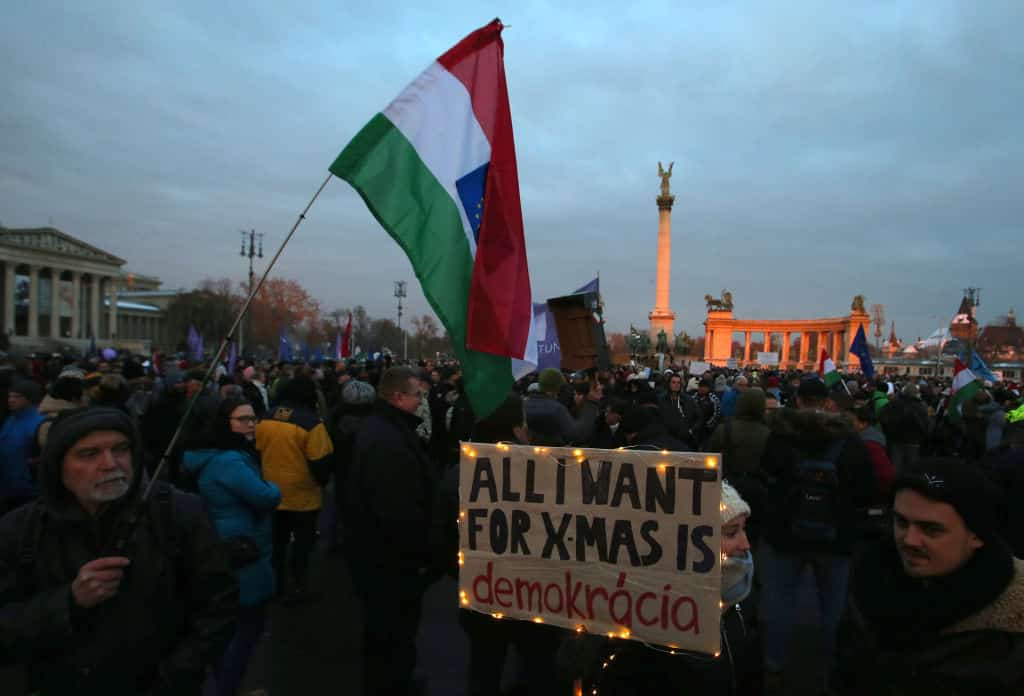 Balázs Bárány, a member of the left-winged party MSZP (The Hungarian Socialist Party), said that these protests helped to create of a new opposition, as they managed to unite rival political fractions for the first time. Some of those who participated included the members of Jobbik, a radical right movement rebranding itself as a “peoples’” party, the most prominent liberal and left opposition parties, trade unions and supporters of Soros’ Budapest University.

Those who opposed the new labor law had been trying to stop its passage by sounding sirens and blowing whistles in Parliament meetings a few weeks ago. This initial protest set off the protests on the streets as well, with several thousand people marching from the Parliament building to the presidential palace in freezing temperatures, and smaller rallies happening throughout the country in other cities. Protesters blocked two major road bridges flanked by the police.

Why the new labor law?

The government believes that these longer hours are necessary because Hungary is running out of workers. There are estimated 350,000 Hungarians (more than 5% of Hungary’s working-age population), who are currently working in other countries of the EU. Due to such a high number of emigrants, and not an equally high number of immigrants, the country is faced with a great labor shortage.

According to research by the Boston Consulting Group, more than half of young Hungarians would rather work abroad than in their own country. There is even a projection by the United Nations according to which there would be 15% fewer people in 2050 in Hungary than there are today.

The low number of immigrants is mainly due to Orbán’s policy of discouraging immigration by a number of xenophobic campaigns and physical barriers on the borders themselves. These actions have increased his popularity in Hungary, but at the same time created an impression that emigrating to Hungary might not be the best idea.

Some experts also believe that the government made a grave mistake by placing about 200,000 unemployed people on workfare programs run by the government when it should have encouraged them to seek jobs in the private sector. This stopped a significant number of potential workers to enter the primary job market.

Hungary also has a relatively low birthrate. On average, a Hungarian woman gives birth to 1.45 children, which is not enough to maintain the population at the current level.

In 2014, the Hungarian government caved under pressure of massive protests over a proposed tax on Internet usage with Orbán canceling the tax. However, this time around it might not be so easy. The internet tax from 2014 was one way to get more money, but this new labor law aims at fixing the labor shortage so that major foreign investments could potentially happen.

One thing that Hungary can do is loosen its anti-immigration policy to deal with its aging population and a shortage of young workers. However, Orbán has been very vocal about his views on immigrants with his border barriers, and the country will obviously have to find another way to deal with this labor law crisis.