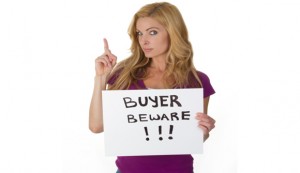 The sheer size of Forex markets and their speculative nature make them ideal playgrounds for large financial institutions like banks and hedge funds, where they can exploit certain occurrences and make a quick profit. These shady operations by the institutional players called Forex rigging. Instead of preventing such practice, the humongous size of Forex markets only makes such wrongdoings harder to expose.

What is this currency fix?

Well, “fixing” in Forex markets refers to arbitrarily setting prices of currency pairs by third parties. It prevents market economy from determining the prices; those are dictated and enforced in order to accomplish a (usually) financial goal. It may not even be illegal, if conducted by states or authorized financial institutions, but that still does not automatically make it justified. The problem is when Forex traders conspire to artificially inflate or deflate prices because the money they “earn” this way comes directly from their clients and other traders. The thing is, most of those practices are not technically illegal in Forex markets, since most regulations and rules that govern other markets do not apply for various reasons. Forex traders can legally warn others of any pending large orders that could offset the market and rig the market their way in order to net a nice profit at the expense of the client that put the large order to begin with. The rationale behind this is that Forex markets are so large that large-scale fixing should be impossible, but that is not always the case.

In 2012, it became apparent that several banks, including Goldman Sachs, Citigroup, JP Morgan, and others conspired to conceal their financial expenses and fix exchange rates in order to appear more liquid than they actually were. All banks involved would offer similar interest rates, thereby fixing the final rates which are derived from them. The practice, that has been allegedly going on since as early as 1991 (by some estimates), has been interpreted as a “hedging strategy” of sorts, by the banks in question. The matter may have been resolved, but the bitter taste will remain for quite some time.

What is being done about this?

As a result of a number of Forex rigging scandals in the past decade, regulatory bodies of several financial markets have been receiving a lot of flack in the media, the public perception shifting against them. This has led to a number of measures to combat and prevent similar practices in the future, only without causing a drop in financial markets’ profitability. There has been a crackdown on alleged conspiracies of Forex traders (finding reliable, transparent and honest broker and traders are not so hard as this article suggests) in order to preemptively put stop to any attempted market manipulation. As a result of these actions, a number of professional traders working for major banks have been fired as a result of internal investigation.

Forex rigging in the market is a feasible way, but only to an extent. Their sheer size and nature ensure that only any artificial change is temporary, and ordinary Forex traders are simply not large enough to be affected.