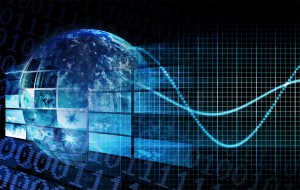 Trend trading has been the bread and butter of Forex traders for as long as anyone cares to remember; however, trend trading is not an exact science (not yet, anyway), so knowing when to enter long trades, short trades or none whatsoever makes all the difference between rich Forex traders and their bankrupt counterparts. The MACD can serve as a good indicator when deciding on the right moment to enter the trade or leave it afterwards, even if it is… imperfect. The best example is the MACD combo strategy, but for now let’s focus on MACD itself.

This concept was invented in the ’60s by Gerald Appel. The primary goal was to create a tool that would help you identify short-term momentum, and the way this is achieved is through the relationship between the short-term and long-term moving averages. MACD owes a huge chunk of its popularity to its simplicity: when the line of short-term moving average crosses the long-term line and moves up, this indicates an upward trend; if the same line crosses below the long-term line, it indicates a downward trend. In the first case, you buy, in the second, you sell; easy as pie.

Another reason for the longevity of MACD is its versatility. You get to define the ‘short’ and the ‘long’ periods in accordance with your strategy. Typically, people opt for 12 and 26 days, respectively. From there, you subtract the long-term MA from the short-term and this divergence is the working part of any MACD, making it ideal for Forex transactions.

However, there have been changes in the concept since the 1960s. One notable addition is the signal line, a separate moving average representing the MACD itself, usually for a 9-day period. So your modern MACD has two lines: one stands for your current MACD and the other is the exponential moving average of your MACD, and their crosses act as buy and sell signals, depending on the direction in which they cross. Some even went as far as to introduce the zero line; basically, every time the averages cross, the MACD is technically zero at that point. A line connecting these points is the zero line, and it supposedly helps determining the direction of a trend.

MACD is a versatile tool that can help you analyze tons of data in a simple and efficient way, making it ideal for trading currencies and such. The primary objective is to determine the short-term trend direction, and MACD is very good at that, if used properly. However, relatively few people manage to do so. Most end up getting in and out of trades in quick succession as the line zigzags through the chart. All these false alerts can cost you more than nerves – they cost money, too. Another major drawback is that MACD focuses better on a single currency instead of a pair, which can make things tricky.

Penny Stocks or Forex: Which is Better?