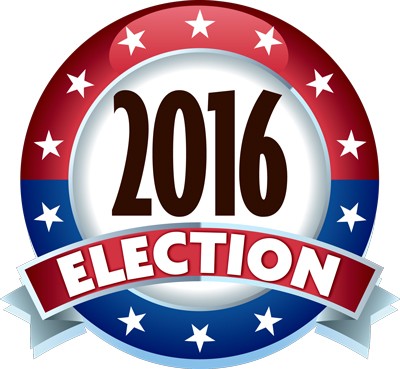 Regardless of who gets elected as the next President of the United States, there will be a lot of things for the USA forex traders to grasp. One might even say U.S. elections and forex are two wheels of the same cart. Even though the president is not authorized to change the value of U.S. currency, modern financial markets have a way of reacting to political and social changes so this election is going to make quite a splash regardless of the outcome.

History of Elections and its Effects on the USA Forex

In any democratic society, elections are associated with instability, and markets generally do not respond well to it. This is meant to be a temporary setback, but considering that we are talking about the largest economy in the world, and where years are described as “election” or not, we can see how this could influence USA forex traders.

Since forex markets do not close on Election Day – at least not anymore – their work hours remain unchanged. To be fair, there have been concerns that insider trading is a possibility under these circumstances, and some have even stated that exit polling data could be factored in to predict the result of the election in advance, or at least get an early start on all the competitors. Even though this data is now more widely available than ever, at least it does not constitute insider trading in itself. And thanks to the fact that voting takes place during work hours, by the time the official results are made public, the bulk of USA forex trading for the day will have been over. There are theories linking presidential elections and strength of the dollar, but these are met with suspicion, like most indicators. Having said that, the strength of the U.S. dollar is one of very few things that virtually all Democrat and Republican candidates have been able to agree on: strong dollar is best. Frankly speaking, it is hard to imagine one of the main candidates taking the stage and saying how U.S. currency is too strong and they want to “weaken” it. It is bad for their campaign and therefore it remains a taboo to this day. However, this does not mean that Democrat and Republican candidates have the same approach to making the U.S. dollar strong. Historically, Republican candidates have favored the approach that involves creating jobs in the private sector and conservative fiscal policy whereas their Democratic counterparts have focused on the public sector and more government spending. And if you think either approach works, clearly you have forgotten about the recent debt ceiling crisis under the Obama administration in 2011.

The Current State of Dollar

Currently, the dollar is doing just fine, like it usually does just before an election. This year there were supposed to be four Fed rate hikes, and any of them have yet to materialize. At this rate, there just might be a hike in December, if Janet Yellen can rally enough support. So far, the odds are good. In forex terms, the greenback is doing the best against currencies with a low yield such as JPY and SEK, while other currencies are proving their mettle – aside from GBP, of course.

If analysts over at Morgan Stanley are correct, the USD is going to enjoy a bullish phase at least for a little while longer. The two main arguments they have listed are the closing U.S. output gap as well as the high volatility that favors what they called “USD-supportive repatriation flows”.

Bill Clinton is famous for his statement “It’s the economy, stupid!” which arguably won him the 1992 election against George Bush, Sr. This, along with the need for change as well as healthcare is what put the first Clinton in the Oval Office. As for the second one, it should not come as a surprise that the economic policies are similar. Will she try to correct all the mistakes and failures from her husband’s tenure? The failed healthcare reform of ’94 comes to mind. Apart from that, she has vowed to increase the income for the middle class, more affordable education – especially at the pre-school level. Last March, she detailed an entire economic plan. She plans to limit tax relief to companies who ship jobs overseas, incentivize those who have chosen a different path and pushing for an “exit tax” on companies that decide to move their headquarters from the U.S. She is currently against TPP, and supports the U.S. Export-Import bank. Most importantly, she has a lax stance on immigrants, especially in comparison to her main political opponent. If she wins, forex traders can expect more of the same.

As for Donald Trump, he has been hailed as a successful businessman, but a lot of his critics stress out that the way he managed his personal economy leaves much to be desired. As for his positions, they have changed so many times that it is genuinely hard to guess how forex markets might react to his victory. One thing is for certain, though: they will react, and violently, too. His most fervent position thus far has been on illegal immigration, and how to curb it. The proposed solutions range from deportations to erecting a massive wall on the border with Mexico.  In order to avoid the negative effects of a massive public spending project of that magnitude and sell it to fiscal conservatives, he has promised to make Mexico foot the bill, so that the actual costs are of no real consequence to the American public. As someone who has reportedly changed his party affiliation five times over the last three decades, his actual political program can be quite elusive. In broad strokes, he plans to raise tariffs, cut tax rates across the board, and repealing Obamacare. His tax reforms reportedly favor the wealthy the most, while his claim that it would not affect the revenue are seen as misleading. The Tax Foundation has calculated that this policy would result in a $10 trillion loss over the next decade alone.

In forex terms, Trump’s statements are far more interesting than his actual policies. The two most important ones relate to election results and the Fed. Trump has gone on record and saying that the 2016 election is rigged and refused to commit to accept the result. This could theoretically lead to a political crisis that would seriously undermine U.S. credibility and its currency by extension – should he lose the election. Should he win, he stated his intention to limit the power of the Federal Reserve, despite supporting Janet Yellen on her current monetary policy.

Regardless of other issues, there are things that even the elections will not change. Since both candidates claim to support the strong U.S. dollar, the only question in this regard is how successful their policies might be. Apart from some volatility around the Election Day, it is only a matter of time before any changes have been factored in. With Hillary, business will continue as usual, while her opponent really does offer some change – albeit not necessarily for the better. However, any turbulence his victory might bring would not even set in until next year – and even then there are mechanisms in place that limit any potential damage he might do.  This means the dollar is going to be relatively stable at least until 2017.