It was a good Monday for European shares, thanks to the alleged progress in the negotiations between Greece and the euro zone partners. Chinese stock markets made a five percent rally, and made significant contribution to the European shares jump.

On the other hand, U.S stocks were set to begin at 0.3 – 0.5 percent higher prices. These shares are at status quo since they hit highest in the middles of May.

World’s second largest economy and its representative, Shanghai, caught the global focus on itself again considering financial risks. Last week we saw something of a street fight in a sell – off war, and stocks are still 50 percent higher this year. 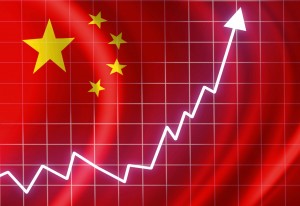 Mondays big leap, according to the analysts and traders is a result of bad surveys, and that all of them had one thing in common – bad outlook of the economy. They believe that this is evidence that markets around the world are driven by speculators and false reports, instead of real economic data.

Wang Yu, analyst at Pacific Securities in Beijing, stated that the pattern in a bull market is always the same. A plunge comes in, followed by pilling the money, and as a result the market is pushed higher. “ For many of our clients, last week’s happenings on the market represent a big risk reduction, and that, in the end, will create new buying possibilities “, he said.

We were also witnesses of the biggest one – day rise since December 2012 today. CSI300 index of the biggest listed companies in Shenzhen and Shanghai made a jump of 4.9 percent.

FTSE Eurofirst index of 300 leading companies from Europe went up 0.6 percent, making a profit in all major markets. Asia – Pacific’s MSCI index outside Japan, went just a little bit lower, since they already sank to its lowest enter day level since the seventh of April.

The talks between Athens and its creditors, which were not so good in the last period, didn’t cause much harm to the euro until Monday. It went down 0.5 percent. The sinking could have been bigger, but speculation came that the negotiations are better and some statement is on its way. But, after all officials issued a press release that no prospect was in hand.

The U.S dollar gained even more strength in the last ten days, causing euro to fall deeper, but it did not change the ratio against the yen.Market concerns remain strong, after Greece missed the deadline on Sunday to reach agreement. The deadline from IMF is the fifth of June, so all eyes are looking in that direction.