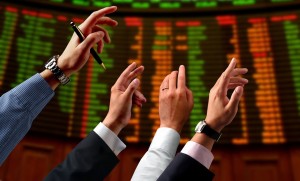 Well, apart from sheer size and exclusive nature, forward contracts are less regulated than options and far less so than futures; this is hardly ever an issue, as parties involved are often quite familiar with each other and share a number of business ventures, so neither is likely to back out from a forward, no matter how… inconvenient it may get, without jeopardizing countless future ventures and sullying its reputation for decades to come. Reputation can be more important than legal consequences, in some cases. Forward contracts are also by far the least transparent type of financial contracts on the market. Low regulation seems to be working in favor of all parties, for once. But then again, there is hardly any counterparty risk, which cannot be said for other derivatives. Finally, each futures contract is unique in its own right, tailored to suit the interests of its respective parties, while futures, swaps and options tend to be far more one-sided by comparison.

So, forward contracts are perfect?

Absolutely not. Everything that could possibly go wrong with futures, options and swaps can go wrong with forward contracts as well. Actually, the whole thing is based on reputation and common sense rather than actual laws and regulations. The players involved are so powerful, that a man would be hard-pressed to find a court or a regulatory body that would remain truly impartial in these matters, while retaining the ability to enforce its decisions. If one of the largest banks in the world, or a mega-corporation with hundreds of thousands of employees in several different countries chooses to default on a contract, who could possibly force them into submission single-handedly? In fact, most breaches of contracts, when they occur, are handled discreetly, and by compromise, rather through court decisions or arbitrage. The losses resulting from poor conditions can be staggering, to a point where one of the parties involved can calculate a default would be the preferable solution, despite their reputation taking a blow. In fact, since most of these entities are considered “too big to fail”, they rarely have to worry about the immediate consequences of their actions, and those can be quite severe – not for them, of course, but for the countries which back them. You see, when a forward contract party does choose to default, someone has to pick up the tab, or things go south.

Everything you need to know about Candlestick Patterns...