Gold, platinum and silver in the spotlight again 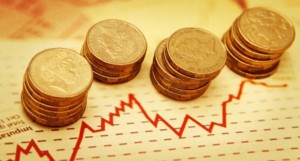 These past few weeks, the U.S dollar was all over gold stocks. The correlation between them is undeniable, and although gold has been trying to ditch that dependence, it was a mission impossible. As bond and equity volatility keep on, the stock market experts return their sights on gold again.

As German government bond yield went over the one percent limit for the first time since 2014 September, gold and silver danced between ups and downs in the last seven days. The growth of the dollar and the prediction that it will be positive till the end of the year pulled with itself the gold also. But on the other side, it pushed bullion prices way down.

According to Julian Jessop, head of commodities research at Capital economics, only an inexperienced eye could make an assumption that the gold stocks and the gold market as a whole will depend on the American currency’s life.” The announced Fed tightening could bring lower prices, but that’s all. But when the Federal Reserve raises rates, it will automatically raise the gold demands. On the other hand, we have gold supplies stocking by the Russian Central Bank. It is a subtle war to diversify away from the U.S dollar holdings”. 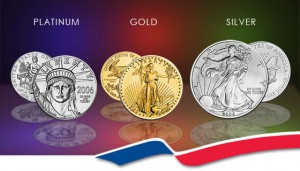 Gold left aside, platinum broke the psychological limit of 1100$, and there is danger to go even lower. The main reason is that this precious metal doesn’t have a “compare price to” relative, so it depends solely on the price movement of gold. USB strategist, Edel Tully believes it is not realistic: “ Gold doesn’t deserve to be above platinum, and we cannot let this situation to last. This is a clear warning that inflation is on its way”.

Silver is down compared to last month’s best results. At the moment it is at sixteen dollars per ounce, and experts predict it on 18.50$ per ounce at this years end.

IMF left the act, the show depends solely on Greece