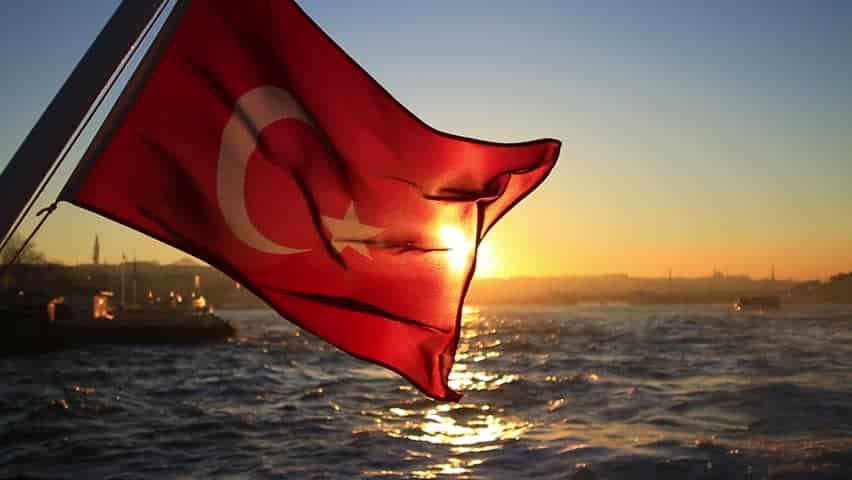 The latest percentage of the unemployment rate in Turkey in 2018. shows a drop to 10.3%. These recent statistics show the non-agricultural unemployment rate of 12.2% and that seasonally adjusted rate of 10.1%. According to Turkey’s population statistics, the number of unemployed decreased by 440 000 year by year, and the number of employed rose in the same period. People mostly find jobs in agriculture (18.6%), industry (19.2%), construction (7.6%), and 54% find jobs in the service sector.

Statistics show that Turkish economy expands faster than that of India or China, due to the increase of consumption of Turkish households on annual basis. The fast-growing economy trend continued this year and public spending also increased in the same period. The greatest contributor to economic growth is estimated to remain solid in the current year.

Despite this growth, IMF has warned that the account gap may widen due to high oil prices and strong domestic demand. Relying on capital inflows, Turkey leaves the economy vulnerable. The gap is expected to reach 5.3% of GDP, and exports of goods and services increased by 9.3% annually while imports increased 22.7%

One of the fastest growing economies?

At the first glance, Turkey’s economy is performing surprisingly good. The statistics from the third quarter last year show 11% GDP, showing much better performance than some other major countries. Although Turkey’s performance wasn’t that good in 2016, (the economy experienced a downfall after a failed coup), it was granted a credit that aided many companies to emerge from the crisis (government crackdown, the imposition of emergency law and drop in tourism). Small and medium-sized businesses have been recently provided with 211 bn lira loans. The country’s current deficit rose to 4.7% of Turkey’s GDP, and foreign direct investment halved compared to a decade ago, and the inflation rate has reached the highest point in the last 14 years. Due to terrorist attacks, political turmoil, and American sanctions the currency took its toll – it lost the tenth of its value vs USD since the beginning of the last year on the Forex market and obligated with the foreign currency debt, this is not a good news for Turkey. The authorities must do something to halt the weakest businesses from more foreign currency loans. In addition, Turkey’s central banks haven’ t done anything special to help the current situation – they only performed some cosmetic adjustments, instead of bringing inflation under control. The bank is stuck between market and political backlash. And growth-obsessed president Erdogan may even bring more pressure to keep the rates low before the elections take place. There will be no mass injection of the credit under the KGF, and global tightening will make the situation even worse. Turkey’s economy in 2018 will make modest returns, and in order to emerge from the crisis, they have to invest in sustainable growth. Istanbul in 2018. continues to hit the records high starting from the third quarter last year. Despite various issues that Turkey has been facing, it’s still very attractive compared to some other emerging markets, since they have better fundamentals and higher returns than some others (rates reaching 13% are risky, but they bring good returns). Also, despite the budget deficit, they have a good fiscal discipline and the government succeeded to keep Turkey’s economic growth high. Despite a domestic financial crash, the banking sector has remained solid. Also, the current exchange rate for a strong EUR makes Turkish exports very competitive (with lowering costs of energy, rent, and labor).

Some experts believe that Turkey’s economic boom may be sustained. even if the global conditions change, some other economies are rather likely to fail than Turkey’s. However, without a long-term plan, this economy will become vulnerable. One of the main challenges they have to resolve is the presidential elections and Erdogan’s struggle to balance between nationalistic, economic and rhetoric populism without destabilizing the economic image. At the moment, he does not have a strong opponent, and he seems to have a stronger grip on the power and remain in charge for many years to come. Still, conveying long-promised reforms cannot be delayed forever. Erdogan has to turn towards flexibility, more valued goods, productivity, and more sophisticated economy in general in order to cut the deficit. Despite the current economic growth, the experts believe that Turkish economy is overheating and the signs of trouble are multiplying. Massive foreign debts (40% of economic output) and renegotiation of unpaid debts are starting to raise doubts concerning the health of corporate balance sheets. Investors keep demanding safer economic policies, and the government does its best to temper the growth. International banks and bondholders find such Turkey’s attitude costly, cause the returns on investment started decreasing over the years, and the investors are wondering how long would this practice take without any adjustment, cause the effective policy has been undermined by the government’s short-term focus. However, the government gives statements that the country’s growth rate is sustainable and that they are expecting the inflation drop by the end of the year.

Interest rates have been considerably raised in order to keep the foreign capital coming since the last year, and foreign funds come from the long-term investors and market volatility makes the borrowing very expensive. Even with a stable current account, it would take a serious improvement of global conditions and credit for the lira to strengthen. But if it continues to decrease, it will leave deep consequences on political costs.

As we said, Erdogan must keep the economy growing if he wants to secure an electoral success and the government is preparing to announce a new investment package to help companies have access to financing.

The situation is further shaken with political tensions between Ankara and Washington because of the US support of Kurds in Syria (Turkey fought a three-decade war against them and PKK). This situation deepens the risk for the Turkish economy. If Erdogan doesn’t step back from the crisis with the US, he may cause a significant slowdown in demand and further slump of the lira. They must resolve the crisis with the US if they want the foreign funds to flow into the country’s markets.