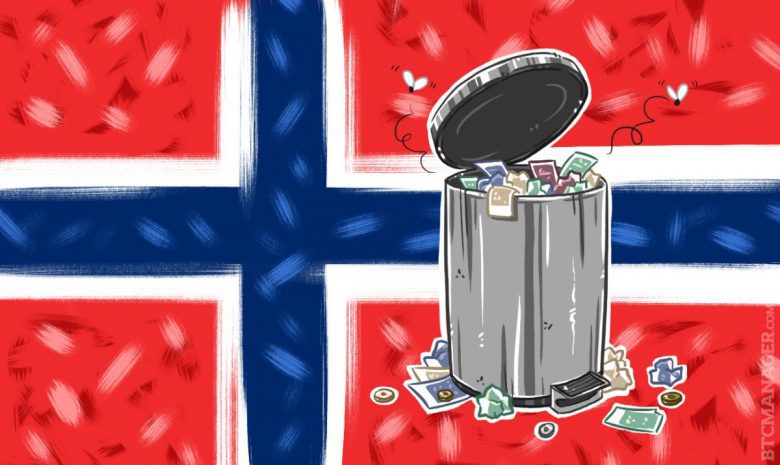 There has been a recurring proposal for a few years already that Norway becomes the first cashless society in the world. Many industries are strong supporters of this idea, and Norwegian conservative party believes that this country may become cashless by 2030. Generally speaking, new ways of payment have become a burning topic all around the world, and Norway is one of the countries that stands out as a country that openly deals with new challenges that exclude physical cash from their economy. With the diminishing of cash use, more and more payment solutions started emerging, and they are more cost-effective than the coins and banknotes that we got used to. The mentioned Conservative party suggested that the current right to pay with physical money should be terminated by 2020 in order to enable a smooth transition to a cashless system of payment. However, the fact is that there should be taken many legal and administrative changes before this idea turns into practice. There are also some important steps to be taken in order to prevent money laundering and data protection issues.

The background of the idea

Many influential industry organizations, such as the Finance Sector Union, the Norwegian Tax Administration, Finance Norway and others, strongly support the idea of cashless society. They explained the idea of removing cash from the economy as an efficient way to prevent money laundering, financial crime, and other underground illegal actions, and enable generally lower costs. Norway today, for example, is using only 3% of the banknotes. They even pay for small item transactions, like coffee, with cards. These practices are completely justifiable keeping in mind that there are so many cash apps, much easier and practical paying methods, than cash (Fitbit Pay, Vipps, Messenger etc). There are always some counter arguments why not to use cashless methods. These arguments often explain that electronic and IT systems are not reliable and that no income or low-income citizens would face many issues (those who are not eligible for obtaining cards due to a lack of ID papers). They would be forced to use these payment services for each kind of purchase they want to convey. Will the cash completely disappear within a decade?

Of all the countries in the world, Norway is one step ahead of everyone else in becoming the first cashless society. The obvious facts show that Norway citizens’ everyday use of physical cash is so low that it can be considered almost a cashless society. The transfers of money are almost all conveyed electronically (90% of transactions). The deputy governor of Norway’s central bank, Nicolaisen, claims that these preferences have nothing to do with the bank, but it’s the citizens themselves, the consumers, who prefer to use the cashless methods of payment. In addition, the rising cashlessness is not typical only for Norway; their Swedish neighbors have also been effectively moving away from the cash. Although they beat the race against Sweden in the percentage of transactions, only 20% of the transaction in Sweden are conveyed in cash since 2015. This fact is kind of ironic because Sweden was the first European country that started issuing bank notes back in 1660! However, today, there has been an anecdotal evidence of the lack of cash even among baskers and beggars. There was even a statement that if you use too much cash you might be considered a criminal or terrorist.

The Nordic region in general rapidly transforms its financial systems, automatically changing the spending behavior of its users. Cash has been considered outdated even by governments, banks, tax authorities and various industries. The changes are reflecting in societal needs and a need to come up with more sophisticated payment systems. Also, the gray economy is hard to control and activities in this area are not included in the national GDP, and with cashless society, the gray economy might get completely eradicated.

Other countries that have also given a rise to ideas regarding the future of money are Finland and UK. Finland has recently started off an experiment with a concept of UBI that will give citizens free money regardless of the income or work status that will provide everyone with an essential level of financial security. And in the UK, almost 40% of the citizens don’t see the use of cash in the future and according to all these examples, it’s not unlikely that the cash will entirely disappear in the next 10 years. Although there is a reminder that cash plays an important role in the consumer economy, it will exist as long as people demand it.

Disadvantages of the cashless society

The vanishing of cash, must be admitted, caused some serious worries among the authorities. They have been pointing out that the rapid loss of cash would cause issues not only in Norway, but elsewhere. Getting into a negative spiral might jeopardize the cash infrastructure and harm already vulnerable groups of people, as we already said. In addition, cashless future might also do harm to overseas travelers who will be forced to pay many heavy transaction fees while being abroad. Despite the claims that the disappearance of cash will positively affect money laundering, tax evasion and different forms of financial crime and corruption, it will still have a negative impact in respect to card frauds that can be 10 times more damaging. The statistics show that there have been much more frauds in the last decades and that there is a correlation between fraud rates and electronic payments. This implies that ditching the cash won’t completely end the financial crime. The future of the cashless society

The European Central bank’s statistics show that electronic transactions climbed to 5 billion annual transactions! And the payments doubled in the period between 2008-2016, so the cards definitely won’t lose its paying dominance any time soon. There is a probability that mobile services might become more popular among the younger generations in the years to come, but there is a doubt that it might take the place and the value of ‘plastic’.