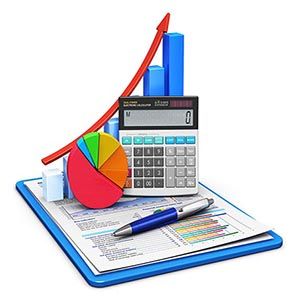 There is a variety of Forex market news sites that include currency news, market news, Forex calendar events and other Forex news. You need to learn how to stay in touch at all times. Apart from that, there are plenty of other useful resources such as the Forex market calendar, various apps and other resources that we will elaborate on in due time.

As far as Forex market news go, a huge portion goes to reports on currencies and major events that will ultimately affect the prices of currency pairs. Some Forex traders rely almost exclusively on news reports for the decision-making process. The truth is that the professionals have factored in every possible outcome long before the event even took place. Still, staying appraised of current developments is highly advised, at least in relation to your favorite currencies.

A good read: How Does Currency Work?

Of course, most news articles on this subject will concern major currencies and economies. U.S. dollar, Chinese Yuan, Japanese Yen, British Pound and the Euro are going to comprise most of the topics for these articles. The other currencies come in from time to time, but the interest in them is much lower and there are fewer major developments to report about.

The good old $ is essentially the most traded currency that Forex has to offer. It comprises the bulk of the monetary mass at play, paired up with other currencies. This should come as no surprise, as even in the old days, the U.S. currency was used as an intermediary on this market.

Back when banks and corporations were the only ones allowed and used Forex for purely practical purpose, U.S. dollar was used as an intermediary. Any other currency had to be converted to dollar and then dollars had to be converted into the desired currency. Nowadays this process has been simplified and there are plenty of currency pairs with or without the “USD” part in them.

Even traders who try to avoid dealing with U.S. currency are usually forced to read Forex market news reports on U.S. economy. Still, there is no shortage of CPI updates, FED speeches as well as FOMC minutes and other events pertaining to the value of the U.S. dollar. The same goes for prognosis and future forecasts of market performance, such as the ones from these links below.

Be sure to check out: Federal Reserve & DailyFX

The official currency of 19 EU member states and several outside the Euro Zone. The Euro (EUR) does not lag behind the U.S. dollar in terms of frequency. In fact, the EUR/USD pair is arguably the bread and butter of Forex trading.

This is the most popular currency pair in the world. Naturally, there are plenty of things to look out. Major events include G8 and G20 summits, as well as major reports regarding the economy of any EU member state. Look out for ECB (the European Central Bank) announcements and related articles.

The Pound Sterling or the British Pound (GBP) has seen some abysmal performance ever since Brexit became a grim reality. But overall it was considered one of the world’s strongest and one of the most stable currencies there are.

It will undoubtedly return most if not all of its former glory. When it does, it will have something to do with major news regarding the economy of the UK, as well as reports from the Bank of England (BOE) and analysis of their policies.

Chinese Yuan (CNY) seems to be gaining in popularity as China’s importance on the world stage grows. While not a ‘major’ currency in a traditional sense, its importance is no less significant because of it. The Yuan used to be pegged to the U.S. dollar. But even since it ‘broke free’ there has been a looming currency war in the making. If it does happen eventually, a shrewd Forex trader would most likely deduce it ahead of time based on reports from the Central Bank of China.

Another Asian currency on this short list is the Japanese Yen (JPY). If the U.S. dollar is the most traded currency on Forex markets and the Euro is a distant second, then the yen is definitely entrenched at the third position.

The fact that many countries use it says something. The Bank of Japan is considered the authority on this matter. Any Forex trader dealing with pairs involving the Japanese currency should keep an eye on news and rumors from this source. Other than that, GDP reports and major developments pertaining to Japanese economy are a good hint as to where their economy is going.

Main economic indicators are also an important factor. Any news that impact the perception of economic performance of a particular country can and will affect the value of its currency. Gross domestic product is one of the leading indicators that Forex traders turn to in order to appraise the situation and base their currency speculations on. The International Monetary Fund is among the most trusted sources on GDP for individual countries.

The whole purpose of the Forex economic calendar is to list all the major events that may or may not be important enough for the Forex market news. In fact, it would behoove any Forex trader to have abroad plan of their trades, preferably in advance.

This calendar enables them to exploit or avoid various scheduled events that may have a profound effect on their market strategy. For some traders, especially ones whose strategy is based on high volatility, predicting the outcome of these events represents a golden opportunity.

Traders with stable trading strategies that do not respond well to sudden and unforeseen price movements tend to schedule their trading habits around these events. So that the only thing they need to worry about are the unforeseen events.

Apart from Forex market news, there are all sorts of resources and apps. The apps themselves can be easily downloaded from various app stores, mostly App store for iPhones and Google Play for Androids.

Not all of them are the same and there are some recommendations. We are not talking about apps from brokers that allow clients to trade via their Smartphones and iPhones. This is about apps that can help you keep track of news, enhancing your productivity and effectiveness as a trader.

For instance, MetaTrader and Trade Interceptor are among the most widely used for their ability to deliver accurate and latest quotes to their users. They even allow them to place orders online. MetaTrader is better when it comes to technical indicators, but Trade Interceptor has better features, including better training and practice methods.

Apps such as NetDania Forex, Trade Optimizer, and Swiss Forex are among the most useful for any type of analysis. The first one allows you to stay appraised of news sources and market indexes for free. The charting options are also amazing.

The Trade Optimizer is slightly better and features a currency calculator. But unlike the other two, this one is not free. It is the most accurate one, but it comes with a price. Finally, the Swiss Forex specializes in fundamental and technical analysis and is completely free of charge. It also features many Forex-related commentaries, charts and event calendars.