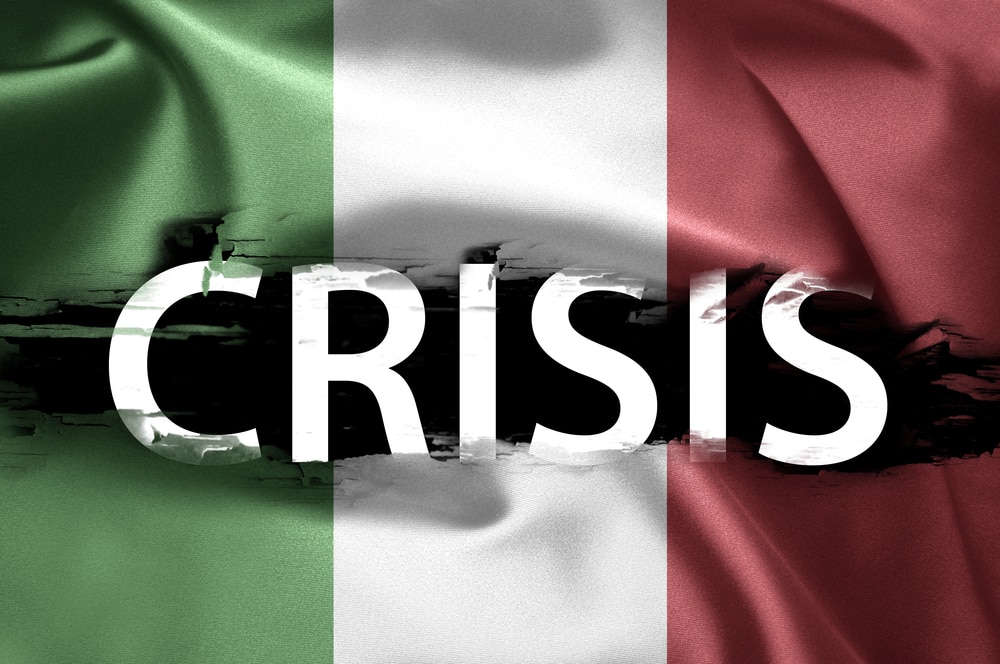 Italy is a country that best reflects the European economic depression. Although rich in historical treasures and natural beauty, heavenly food, and specific lifestyle, it has serious economic problems. All these factors do not improve the economy or the unemployment growth the country has been dealing for years. While the EU countries patiently struggle to reach some kind of economic improvement, Italy‘s dealing serious unemployment rate since June 2015. The high percentage unemployment rate in Italy has been on the rise since 2007. At that time, the unemployment rate was 6.2 % and then increased to 8.4%. Italy is an industrial country. Other indutrial EU countries like France or Germany, have similar unemployment rates. Italy can be divided into industrial north and agricultural south. The north is run by family-owned companies and the south reflects the high rate of unemployment. Also, a significant share of underground economy can be the reason of high Italian youth unemployment rate. Youth unemployment is low cause it’s easier for young people to work under the table, rather than find a regular job. The number of young people without jobs is alarming. It‘s necessary that the EU authorities resolve the difficulties that young people face if they want to solve this huge economic problem.

The latest statistics, in fact, reflect the Italian economy today. In the South, the city of Crotone has the highest unemployment rate, and Cosenza the highest unemployment rate among women in Italy. In EU, only Malta has a greater difference between male and female employment rates (Italy 18.3%, Malta 25.2%). Another problem that negatively affects the unemployment rate in Italy and its economy in 2017 is low education level. The situation is especially critical in Nuoro (the South) where 55.1% hasn‘t completed compulsory education. Generally speaking, only 1/3 of the entire Italian population has obtained a junior high school diploma. As for the college graduates, Rome and Milan have the highest percent. The growing unemployment rate at the moment amounts 40.3%, which is much more than the EU average (20.3%). Despite the momentary high unemployment rate, Italy is considered to be one of the biggest world economies. It’s relying mainly on services and manufacturing. The service sector (wholesale, retail sales, and transportation) includes 3/4 of the total GDP and employs 65% of the total employed people. Manufacturing, specialized in high-quality goods, covers the remaining GDP share and employs only 4.0% of the total employed.. As you can see, there‘s a great gap between the agriculture-based South and the highly industrialized North. The situation has got even worse with the global crisis and reached the strongest downfall in GDP in 2009. Since then, there are no significant signs of recovery.

It‘s likely that Italy is heading for early elections this fall. It’s expected that Mateo Renzi’s (former prime minister) call to vote for his leadership of Democratic Party will cause a deep split in the ruling party. Italian crisis is much larger than, for example, Greek, since it has 10 times larger economy than Greece. In addition, it has a public debt that exceeds $2.5 bil that can seriously affect the global financial system. Italian crisis will not be easily resolved. Since 2008, the economic performance is not great and the living standards are much worse than 10 years ago. The public sector debt, the second highest in the euro zone will certainly have a negative effect on the overall unemployment issue.

The youth unemployment rate has reached 39% with 627 000 jobless people under age of 25. The unemployment rate exceeded that from June 2015, and now the entire families are facing massive layoffs and blurry future. The Italian government is desperately making efforts to come up a with an efficient rescue plan, but the things are not going smooth. Airline Alitalia is thinking of cutting off more than a thousand jobs. The similar scenario prepares Uni Credit Bank, the countries largest bank. Also might happen with Ericsson, Italy’s largest wireless network. The analysts say that these scenarios could bring the devastating consequences in the future.

At the moment, with the economy lagging behind, it shows the weakening of private consumption, the rising inflation, low wages and unbelievably high unemployment rates. Banks will be restrained in granting additional credits until they repay the billions of loans. However, there‘s a light at the end of the tunnel. External sector brings the good news! Statistics show that exports expanded in the first 3 months of the year due to the growing demand of the non-EU countries. Equipment investment should especially benefit from the accommodative monetary policy stance and the extension of tax incentives. The forecast of the unemployment rate shows that the trend will continue downward. This is very probable due to a rising domestic demand and structural reforms. Furthermore, Italy GDP growth forecast shows that it will broadly stabilize and the general government deficit will slightly decline. Any solution that tries to deal the employment issues by lowering the unemployment protection will not bring a positive outcome. Perhaps it would be much better for Italy to start dealing with the structural problems in the Italian economy. First of all, it should deal with the slow pace transition. It should be approached with more skill and knowledge, in order to make some kind of progress since the recession in 2008. Also, they should try to bridge the gulf between the north and the south. The deeply-rooted problem will not disappear overnight! What Italy needs is a fundamental reform of labor laws, tax system and political system in general. And even with these changes, Italy will still be in debt. However, it must start making some kind of progress in economic growth. The radical option would be to leave the euro in order to generate higher inflation, more taxes, export boom and relieve the debt. Unfortunately, Italy turned out to be one of the main sufferers from the rise of the emerging markets.