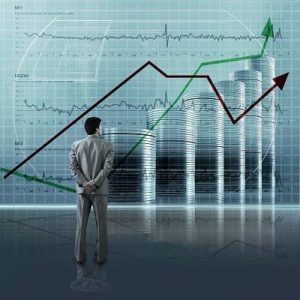 December 2016 has seen great changes on the world’s political stage. The biggest, and some say the most radical change affecting politics and forex happened in North America, i.e. in the USA. This change does not affect only this continent. On the contrary, since we are talking about the world’s most powerful economy and superpower, the election results’, i.e Trump’s victory, shook the forex trade market, as well.

As we have already said, Trump has won the elections in the USA, and this affected the forex trade and currency rates in the world. The reason was his statement that the USA has been “open” for a long time and that certain cuts in financial section should be applied as well as some restrictions regarding “foreign” involvement in USA’s financial sector. The first thing that happened after his victory was that the dollar got a bit weaker. For example, if we compare USD to JPY, the dollar got weaker for 0.52%, and the GBP got stronger in comparison to USD for almost 1%. Furthermore, the index of the USA dollar was lower for 0.27%. This weakening of the USD effected the rise of the price of gold.

It also needs to be added that, regardless of the USA elections, there has been the rise in the price of the crude oil. The reason for this was the meeting of OPEC member states which agreed upon the first cut in the production of crude oil. This cut is the first one after the cut in 2008. The rise per barrel is 4.2%.

Europe has seen one political event that will affect the currency rates and forex trade. Italy is not the most important county in forex world, but its decision not to support the referendum of its Prime Ministeer Matteo Renzi would certainly have the effect on forex trade. The reason was not the defeat on the referendum, but his decision to withdraw from an office. On this announcement, the EUR automatically got weaker, and there also was a stock instability. Renzi was a pro-reform leader, and this will automatically mean the financial and reform struggles for Italy, and the problem for forex market in Europe. Furthermore, the eminent Britain’s exit from the EU has a constant toll on the forex trade and currency rates in Europe.

Another Prime Minister, yet New Zealand’s one, Mr. John Key, announced his withdrawal from politics due to personal resons. Even though this is a relatively stable country, this sudden decision hit the forex news and politics news which took its toll on the strength of the NZD which got lower for 0.70819.

The biggest impact of the Trump’s victory, except in the USA, was felt in Asia. The reason for this is the presence of the USA army and politics in this area. Forex news in Asia immediately reported on the change of the price of the crude oil. Also, the weakening of USD will also have an impact on the economies in the area since many of them are dependent on the USA economic help. The war in Syria is also taking its toll since this country was also a big oil producer.

On the other hand, there are markets that profited greatly from this result, the first one being the Japanese market. First of all, we have seen the increase of JPY in comparison to USD, which also had a result of the buying of 1.2 trillion of JPY stock in the period of only three weeks.  Moreover, there is the rise of the Nikkei benchmark index for 6.4%. However, it needs to be pointed out that Italian referendum also had an effect on the Asian market since on the news on the negative vote on the referendum, stocks in Asia witnessed a dramatic fall on the stock exchanges, which ultimately had an effect on forex trade.

It rarely happens that politics of one country and one election affect the entire forex world. However, the USA election and Trump’s victory marked the end of 2016 since they brought a bit of instability on the markets and the weakening of USD due to the right-win g rhetoric of the new President of the USA. On the other hand, it is expected that the markets will not crash and forex news announce the period of stabilization in the upcoming year.