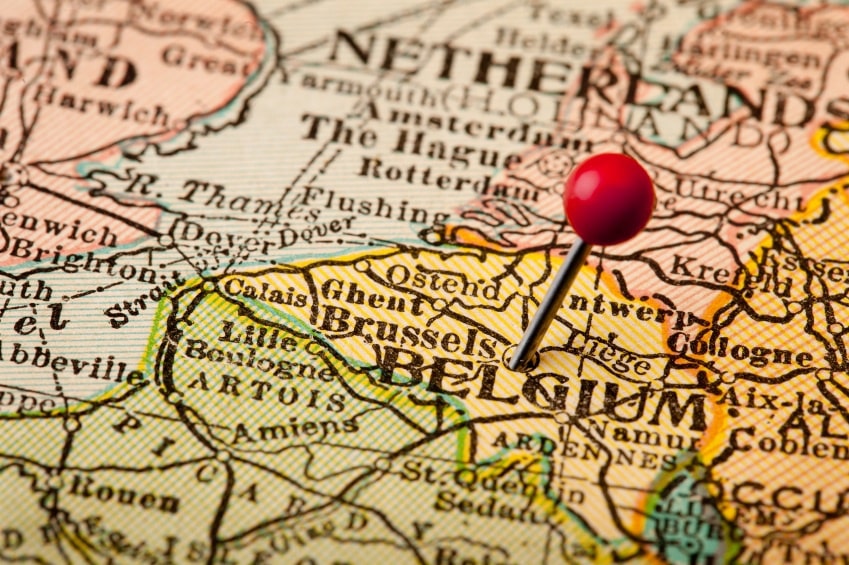 OECD estimates that Belgium in 2017. will reach the percentage unemployment rate from the pre-crisis period. In April the unemployment rate showed 6.8%, 0.9% above the OECD average that is way above the pre-crisis level. This means that the unemployment rate remained the same, almost having no impact on the economic situation, unlike other OECD countries that deeply felt the economic changes after the crisis. This means that Belgian economy in 2017. and in general is one of the leading economies due to high wages and low inequality and low level of insecurity in the labor market.

Due to the difference in language, politics and wealth, Belgium is a divided nation although it seems a whole from afar. French-speaking Wallonia makes up the greatest territory of the country, but Belgium population statistics show that it includes only 11 million people or the third of the population. Population from Flanders includes the capital of half of the country population. The difference between the Dutch-speaking north and the French-speaking south and Brussels is fundamental in income tax and defense for example, but Flanders and Wallonia also differ on the regional level in terms of economy, unemployment, education, and language.

Flanders is generally richer than Wallonia contributing 60% to Belgium GDP having Antwerp in its powerful center as the third biggest European port in Europe. However, in the 19th century, Wallonia was the region that had been economically stronger with industries such as coal mining and glass making. But in the postwar era these industries failed, the number in manufacturing industry heavily dropped and Flanders started attracting foreign direct investment. However, although Flanders‘ economy is more open and vibrant, it‘s cyclical, which means that all economic shakes and instabilities will first be felt in Flanders.

The collapse of manufacturing industry in Wallonia reflected on the jobs in this sector, and it still has a problem to turn its economy towards the modern industries. As the statistics from 2015. show the unemployment in Wallonia is doubled in comparison to Flanders with 56% of long-term unemployed, but this percentage has dropped over the years.

OECD statistics show that that students show less success in education and the policymakers from the French-speaking region are aware that the reform in the education system is necessary to improve the results in the future. Although Wallonia has respectable universities in Liege, Namur, and Mons, the best universities are located in Flanders (Leuven, Gent).

Language division is the greatest division that exists in Belgium. The majority of the nation speaks Dutch as their first language, 60% of the population is bilingual, but only one in five French-speaking population can speak Dutch. There is also a German-speaking community.

Divided into 3 regions and three linguistic communities, they are all characterized by striking diversities and socio-economic inequalities. The Flemish part in the north record lower unemployment rates than Wallonia in the south. The Flemish region is historically connected to the northern part of Europe, germanic culture, and their economy is modern and much stronger unlike the region of Wallonia with the slow economy, and 32.6% unemployment rate.

The statistics are even worse for the youth – 40 % of youth under 25 do not find a job. And although the situation is generally improving, there are still many things to be done in order to make a real change. Reducing labor costs at low wages and a radical school reform to remove the strict barrier between school and work are possible solutions to youth unemployment. There should also be conveyed an intensive and durable guidance for the low educated. Although the last year‘s statistics showed 24 years lowest unemployment rate, there is the increase in the number of job seekers who rely on the benefits of local social services and in the number of refugees job seekers.

Belgian economy is considered the 10th strongest trading nation in the world, being at the heart of the European continent, a member of OECD and having a highly developed economy. Most of its economy depends on foreign trade with their neighbors and 3/4 of the export is directed towards the EU countries. It has extremely developed transportation infrastructure including railways, highways, ports, and canals.

Most of the country‘s GDP is created by the service sector (75%), and the industrial sector contributes with only 27% and agricultural sector 1.04%. The industrial sector is mostly concentrated in the Flemish area and the leading industries are engineering, chemicals, motor vehicle assembly, processed food and beverages. Due to the lack of natural resources, they are dependent on foreign trade and investments from France, Luxembourg and the Netherlands (ads their neighbors).

Despite its small size, they export twice as much as Germany for example. They have highly skilled and educated labor force and due to their multilingual environment, they have one of the most productive workforces in the world. The Belgian economy may experience some stagnation due to recent Brexit and relatively high percentage of exports go to the UK. There are also involved some negative domestic risks such as high inflation and automatic indexation of wages. However, there is a hope that public finances won’t seriously halt the economic growth if they balance the budget by the end of the year; on the other hand, the budget cuts and economic reforms may cause dissatisfaction among people and more problems may occur that would be more complex to realize. Although Belgium has left the financial crisis in a relatively good shape, wage indexation has pressed the country’s competitive position since 2010. It would be a good idea to bring in line the wages with labor productivity growth and thus reduce an extremely high level of unemployment. The variations in employment, wages, productivity are the main factors that limit the economic growth. The government should continue to follow its medium-term consolidation path, but it has to strengthen its steps by other measures and plans if it wants to see a considerable change in domestic productivity. Training measures for vulnerable minority groups can be helpful for the overall progress of the country.