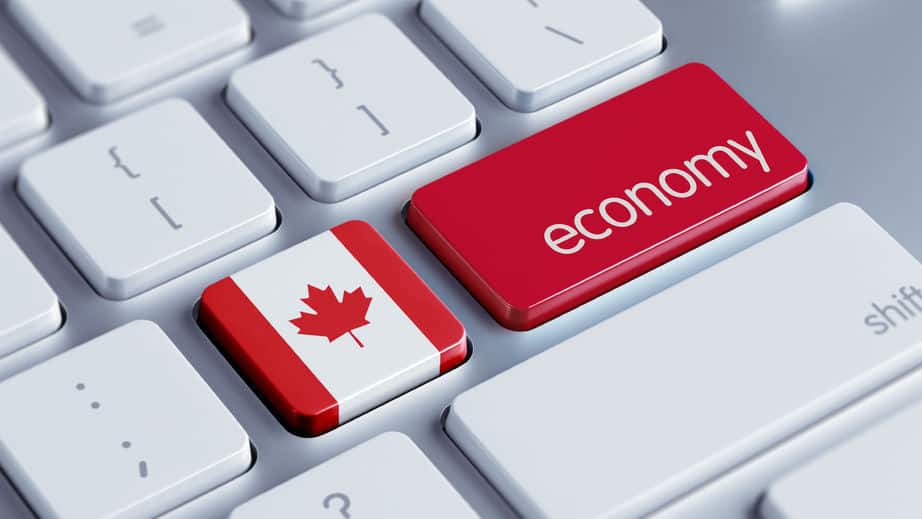 The latest statistics show that the Canadian unemployment reached the lowest point in a decade. Percentage unemployment rate in November in Canada 2017. amounted 5.9% which is the lowest rate since February 2008. The reason for this record is new 80 000 full-time jobs. Employment has risen in British Colombia, Quebec, Ontario, and Prince Edward Island mostly in the wholesale, retail, manufacturing, educational services, and construction.

The statistics also show the positive job creation and consistent 12-month job performance in 10 years. The employment increased 2.1 % in a year with 390 000 net jobs and 441 400 full-time job positions year after year.

In November, there was a rise of 49.900 part-time jobs, but the experts say that the job creation will slow down the next year and that the unemployment rate will not dramatically drive wages, inflation and interest rates. But if this job creation pace continues everything would be possible. They further point out that this growing trend may affect Canada‘s Central bank.

Ontario wants to convey a social experiment where it intends to provide a basic income to 3 different communities, to those people who are unemployed or to those with a wage below $26 000. The goal of this experiment is to check out whether providing more money to people with low incomes/public assistance will show a significant difference in the quality of their life (in terms of better health status, possibilities for education, better job position etc). These people included in the experiment will be supervised in the next 3 years by economists, policymakers, and social scientists. Single people will be given up to $13 000, having the right to keep half of their earnings, (normally they have to subtract all), and couples will receive $19 000. This idea was born since there has been a concern that technology will wipe out many jobs in the future due to automation and artificial intelligence. Similar experiments were conveyed in California and Finland with the idea to adjust the social security system to a changing workplace, stimulate people to work and to simplify the bureaucracy. However, many people refused to participate in this program since they feared what would happen next when they run out of grants. However, experts are sure that this kind of experiment is a good thing and that it will have a positive impact on the mental positioning of the vulnerable social groups. Although Canadian economy in 2017. seems quite stable, there are always some interests and instabilities that draw attention. We already pointed out at the stable Canadian economic growth ensured by employment growth and the outsized gains in 2017. Normal interest rates after years of recession are now well established. But what gives Canada a headache is North American Free Trade Agreement (NAFTA) due to the loss of a dispute resolution process. The changes in the agreement will affect various sectors: labor, intellectual property, services, etc. Trump‘s idea to cut off the corporate taxes means limitations for Canadian and Mexican business and that will surely affect the monetary and fiscal policy, as well as trade.

At the moment, as we already said, strong job market stimulates household spending – the statistics show the rise of consumption before the recession period. It‘s expected that in the following quarters, interest rates will increase faster. The rates are expected to rise once again in April after the NAFTA negotiation. Furthermore, Canada GDP is slightly higher than predicted (1.6%) by economists. Although Canada is concerned as one of the fastest growing economies, Canadians estimate Trudeau‘s government performance generally as poor. Only 1/4 of the Canadians is satisfied with their performance. They express their doubts due to problems related to housing, high-interest rates and income inequality cause all these affect their ability to pay their debts. What further concerns them is the increasing gap between the rich and the poor and the housing affordability. They should work on the reconnection of the macroeconomic reality and the micro opinion of the citizens if they want to get rid of that black cloud looming over their heads. Will Canada experience a recession?

Canada is exposed to a number of different sectors and within 8-10 years some sectors might get disrupted or even replaced. When we mention these sectors, the first thing that crosses our mind is oil and gas sector, and this disruption will have negative effects on a few economies. So the government, by all means, must focus on these risks. With the rise of technology, the economic asset classes may also get disturbed. So another focus that the government would have to have is to pay attention to develop innovations in all sectors. The existing innovations are today focused on software, robotics, food production etc.

Another point that had to be elaborated is that there is too much control in the hands of oligopolies, and some new and courageous things are needed to be done in order to boost the flat economic growth and technology to drive the visions and turn them into reality – there must occur a shift in the Canadian consciousness.

Recently, there has been announced a multi-year immigration plan that will increase the number of immigrants that Canada eagerly welcomes – it is expected that the number of permanent residents in 2020. will reach 340 000, which means 1% of the total population. This trend will affect the innovation and major investment in the prosperity of the country, and this immigration plan will encourage the economic growth and distribute the benefits of immigration across the country. There’s no immigration system like Canadian! The government helps immigrants integrate and contribute to the economic development with communities being their priority. The functional immigration plan shows positive results and economic prosperity more than three years in a row. This plan is a positive message to other economies in the world that the increased immigration is necessary for growth, sustainability and competitiveness of a country.