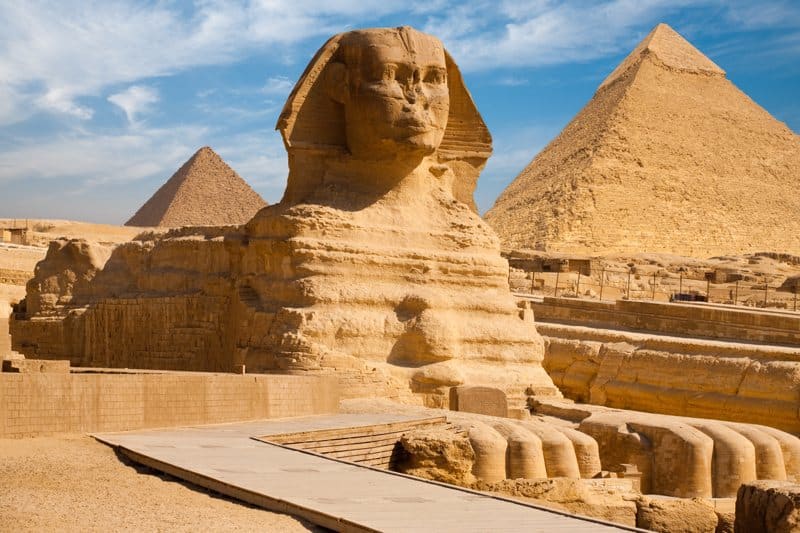 Egypt’s inflation jumped to record high in July due to lower state subsidies for fuel and energy. These subsidy cuts are part of government’s Egypt economy 2017 reform program, and the inflation reached 33 % during this fiscal year. The experts estimate that the inflation will be 22.1% by the end of the following fiscal year and reforms should secure $12 billion of IMF loan and a fresh inflow of foreign investments into Egyptian debt leaving the subsidy cuts and currency controls (Egypt left last November the policy of linking the exchange rate of the Egyptian pound to the US dollar). By doing that, they devalued the pound and increased the costs for the 93 million people, as Egypt population statistics show, most of whom are on the line on poverty.

Current situation with the unemployment

Egypt is the first country to liberalize the exchange rate in order to bring back the investors’ confidence in the shaken economy since it has been undergoing many political changes. President Al-Sisi has promised prosperity, stability, and security in exchange for the almost total political control. Egypt in 2017 still deals with many problems that reflect on the economy and of course, the unemployment. Although their public universities have thousands of graduates every year, percentage unemployment rate shows that they are unable to find jobs in their respective fields. Egyptian labor market failed to provide new jobs for the increasing number of the unemployed graduates. The number of the youth population is rapidly growing: for example from 13.3 million in 1988, it increased to 17.4 in 1998, and reached 22.2 million in 2006! The state officials in Cairo 2017 should consider reforming the education sector, invest in vocational training, entrepreneurship, funding and encourage the participation of women in the labor market.

However, the official statistics agency CAMPMAS show that the unemployment rate in Egypt decreased to 12% in the last quarter, which is the first time since the uprising in 2011. Their economic growth experienced the crisis during this period due to Mubarak’s totalitarian policy that rejected the foreign investors and reserves as well as the tourists. So, the political goals in the years to come should be directed towards to higher and progressive levels of economic growth. The agreement with the IMF will certainly help them achieving the goal of economic revival. Despite high inflation rates, subsidy cuts and disproportion in unemployment trend, economic experts think that there will be some positive change in the long run and it’s encouraging that the unemployment rate went down. The latest report of Egypt economic growth program is positive, but the road towards long-term sustainable public finances and macroeconomic stability is long and it won’t happen overnight. The good start, however, is promising! The liberalization of foreign exchange market made the currency shortages fade. And this is the list of things that the Al-Sisi’s government achieved so far:

• bringing down the inflation – the Forex exchange market normalized and the parallel market disappeared;

• reducing the deficit – high VAT and the more efficient spending will enable the accumulation of the foreign debt;

• fuel and energy subsidy cuts – from which only the rich benefited. The redirected resources to social spending, health, and education;

• Encouraging women and youth to actively participate in the labor market – Government reallocated budget to the quality of public nurseries for women and implemented specialized training for young people;

• heading towards the structural reforms – providing easier access for small and medium-sized enterprises for creating new jobs and decreasing the unemployment rate;

Although there have appeared some signs of improvement, Egypt is facing many risks and the threat of terrorism doesn’t improve Egypt’s reputation as a safe place for investment. So domestic and geopolitical issues remain the serious problem for Egypt’s business and tourism sectors. The forecast of the unemployment and Egypt inflation forecast will keep improving if the government sticks to the consistency of the reform policy and the ability to redirect the resources. In addition, Egypt GDP is expected to rise 4.5% in fiscal year 2017/18, according to IMF report and the reforms will help to fill the gaping budget holes.

Free float of the currency

By letting it float freely, Egyptian pound lost the double value against the dollar in 2016. This move in the Forex market showed that it was one of the reforms to strengthen the Egyptian economy – it raised the main stock index and the interest rates, and this kind of move was a necessary step to get the IMF loan. On the other hand, this kind of move has made life more difficult for the poor and it significantly affected the cost of the imported goods due to the shortage of hard currency. In addition, according to Trading economics analysis in the 12 months’ time, it’s expected that the Egyptian pound will trade at 16.93. The success of the economic reform program supported by IMF depends on the continual stabilization, boosting investments and the development of natural resources. The devaluation of the currency, the new exchange rate system and the revival of the tourism may overshadow the numerous challenges that the country’s facing at the moment, including inflation and low living standards of the Egyptian population. Structural measures to stimulate the business environment are necessary to attract the cautious investors. Breaking up with the inefficient regulations and the excessive bureaucracy rules will increase the economy for the better with the positive impact on unemployment and standards in general. The government must build modern and transparent institutions establishing the fair rules of the political game, cause only with the right kind of attitude they can help that all structures of the country have benefits. The financial system must be improved as well – only 10% of the population owns a bank account!? Crediting small businesses and applying the micro-finance law will help the development of the financial sector. And finally, there must be established some kind of a balance between the educated profiles and the modern labor market. Only with the right policies, the government can meet the hopes and dreams of the Egyptian people.