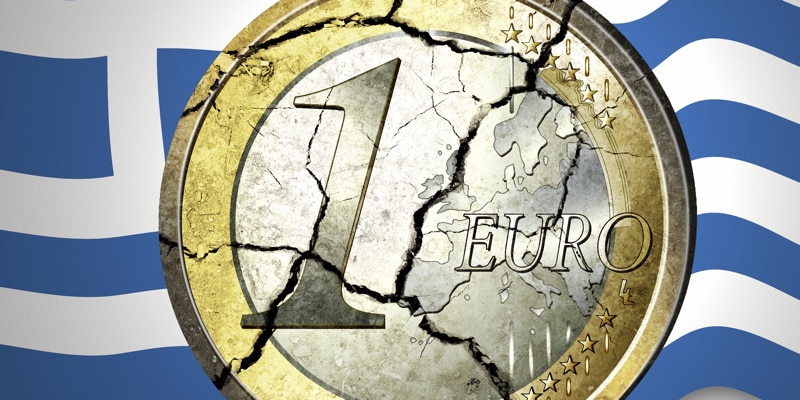 Jobs statistics and percentage figures show that the unemployment in Greece has been a major problem in this country for a long period of time and Greece youth unemployment rate is still very high. Due to European Employment strategy, they have been forced to restructure their social and employment systems. The lack of effective social protection reflected in the escalating insecurity of Greek youth, and the social and political instability. Greece has been facing a serious economic crisis due to public debt issues, and this crisis most seriously affected the young people. But after a rapid increase in unemployment and significant wage reductions, labor market started to show some signs of improvement. The latest Eurostat statistics show that the unemployment rate has slightly dropped to 21.7% in April, but Greece is still the country with the highest unemployment rate in the EU with 1041 million unemployed.

About a half of the unemployed is jobless for more than a year and they may have lost hope that they‘ll find any job and simply have given up looking for it. Since 2011. about 300 000 educated young Greeks have left the country in search for the job abroad.

Its a widely known fact that the Greek economy has suffered greatly, however Greece unemployment rate in 2017 has slightly started to grow in a few sectors of the economy. There has been recorded trade, transport and tourism growth in the first quarter of 2017. ( 7.5%).

Other sectors that show signs of improvement are information and communication services, industry and professional services. Greece prediction for 2018. is that the country might be getting back on the track of the sustainable economic growth. But it would need a massive investment and systematic plans and programs to strengthen the institutions and stimulate the labor market. Although the fiscal stabilization is a positive thing, massive debt burden still hangs over the Greek economic growth. The Greek government must know that a debt relief cannot be postponed without the consequences. Debt sustainability is something that is necessary for Greece to exit the crisis in order to begin with a long-term improvement. A turn toward productive reconstruction and extroversion should be the imperative of the country. Making a national plan for the future is of utmost importance if they want to improve the competitiveness of exports, increase wages and labor rights.

International Monetary Fund has warned Greece that its debt is on the verge of escalation, despite the years of austerity and economic reforms. The IMF seems to see no point in endlessly lending money to the most troubled country in the Euro zone. On the other hand, Greece GDP has started to grow, but this growth is on a very weak path – even if it would continue to grow at least 1 % per year, it still wouldn’t be enough to pay off its debts. Even with successfully implemented financial and economic reforms that wouldn’t also be possible. Greece cannot restore debt sustainability by itself and requires a serious debt relief from the EU members. The situation in the EU is critical. There are clear signs of nationalistic and right-wing attitude, but they should both understand that another crisis will not help anybody.

Situation on the markets

After the negotiations with the creditors and the possibility of Grexit, financial and Forex markets have shown signs of instability. This turmoil, of course, reflected on the currency and the euro has depreciated against the major currencies. If Greece left the euro, the drop in its value and the shatter of the total euro system would be inevitable. The practice has shown that the euro devaluates when the sovereign risk grows. But, on the other hand, the weaker euro implies recovery of the Euro zone economy and the competitiveness of the exports that would lead to the increase of the tax revenues and the resolution of the budget deficit issues. However, experts suggest that there should be established some kind of fiscal union to disable future crises and avoid the consequences of economic imbalances that reflect in the euro exchange rate.

The everlasting recession and austerity measures have affected everyone, especially the poorest representatives of the Greek population. Due to over taxation, many companies have been shut down, negatively affecting the labor market. After the public companies have been sold, there will be no place for domestic income and it will take decades for the Greek economy to recover. It needs a large scale of foreign investment but with the government hostile attitude towards domestic and foreign investors – that won‘t be easy. The government should try to understand the basic concept of euro zone rules, overcome the ideological blindness and see how other EU members, that have been in the similar situation, coped with the crisis. At the moment, it‘s very hard to give a long term forcast for the Greek economy with current debt crisis. What the government has to do is to come up with a sustainable and detailed government plan for the future, considering better ways for tax collection, improving the infrastructure and business climate. The promises of the government to the people of Greece that the life will get back to normal is on the verge of the vanity. There are many things to consider and improve, in order to keep these promises.

The road to stability is long and bumpy. Although, there has been some progress achieved, many initiatives and projects should be conveyed, as well as some serious changes, in order to keep the trend of decreasing unemployment down. The analysts expect that the number of unemployed will be rising by the end of 2020. but the expected drop in the inflation rate will have a positive impact on the social and economic climate. GDP is also expected to drop in the years to come. However, the strategic plan to keep the young generations within a country would be a challenging endeavor. With the EU‘s complex issues like Brexit consequences, terrorist attacks, and immigrants, Greece should try to rely on their own ability to come up with the best solutions on their road to recovery.