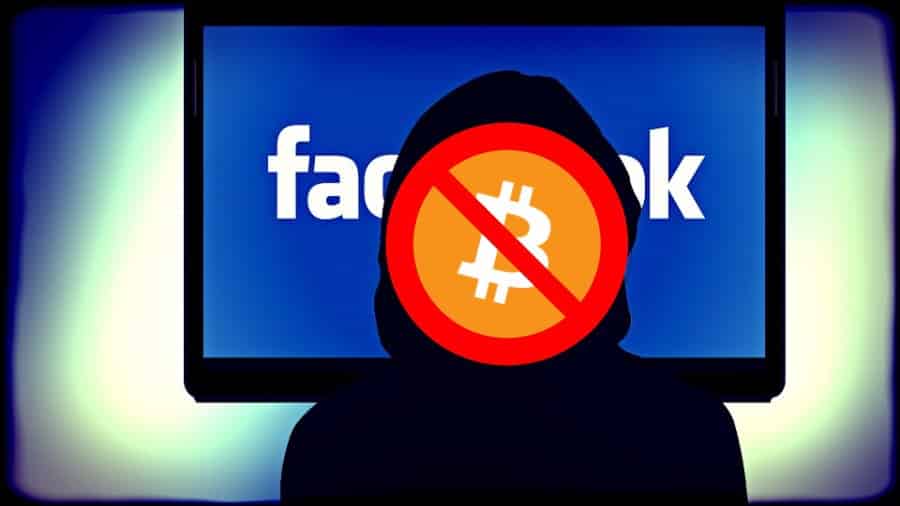 One of the most popular social networks, Facebook, has decided to ban all adds for financial services and products. These kinds of ads are often related to deceptive and misleading practices, and Facebook wants to protect the website from fake news and spams. They announced this strict decision last Tuesday. That is also a confirmation that they are issuing a new policy related to the rules of advertising on their social network. It also bans bitcoin ads in blog posts and other cryptocurrencies, unregulated ICO fundraising and binary options.

The growing popularity of cryptocurrencies resulted in numerous scams, and Facebook wants to avoid this. As they say, they want people to continue to learn about these kinds of services and products, but they want to protect their users since many of these services and products are not reliable and trustworthy. This policy may be strict, but on the other hand, Facebook officials say that it‘s necessary in order to have an insight into misleading and fraudulent ads. When they see the signs of improvement, they plan to revise the policy. Until then, they encourage their users to report any signs of suspicious and illegal ads that may violate the policy cause only secure ads will make things difficult for the scammers to make a profit.

Examples of the latest scams

A few days ago, there happened a scam with a short-lived cryptocurrency known as Prodeum, built on Ethereum, that disappeared along with the money of the unfortunate investors, leaving only the blank page behind with the single word written – p***s! The similar and more catastrophic scam happened with NEM coins ($ 500 000 000) disappearing from Japanese Coincheck, or the collapse of the Bitconnect, a suspected Ponzi scheme.

Even the explicit and transparent pyramid scheme, the essence of the cryptocurrency known as Ponzicoin, was sold in large amounts, and the developer had to shut down its direct sales. That’s why Financial Conduct authority, US Securities, and Exchange Commission must scrutinize the cryptocurrency offerings and actions that break the security laws of the professional obligations.

Despite the newly announced security ad policy, it turns out that some of these ads are still visible in the social media, like the promotion of token sale. But the reason for this is most likely a technical defect. The official spoke persons have said that social networks have begun implementing the crypto ad ban, but it will take time to remove all suspicious promo content. The pop-up automated ads take up huge volumes on social media space, so it’s no wonder that this kind of slip-cracks is possible. There is a great chance that Facebook will begin to filter the content manually or work on the accuracy of ad detection. The Facebook officials say that the full enforcement of the new ad security law should take place in the coming weeks. The price of bitcoin drops with the ban of cryptocurrency ads

Due to the ban of cryptocurrency advertising on social networks, the price of bitcoin is the lowest for the last two months. In the recent months with the bitcoin’s price skyrocketing, there increased the investment in cryptocurrency ads, but many of them, as we already said, turned out to be scams. Bitcoin value dropped by more than 10 pc ($9.810), which means that it has been severely affected by the new strict regulation. The policy-makers say that this regulation will be improved when they thoroughly inspect the benefits of the new trend currencies. Moreover, at the beginning of the year, Zuckerberg personally said that people are gradually taking the power from the centralized systems and putting it in their own hands. And his mass popular platform’s experts will devotedly study how to use that newly-acquired power on Facebook. The new regulation will draw the attention of many investors – to be aware of the various risks that the booming cryptocurrencies bring along. Rumors say that that the newly announced ban on cryptocurrency ads is actually Facebook’s attempt to get into the world of digital coins. Zuckerberg’s public announcement of interest in “deeper control and study of positive and negative aspects of these technologies” is interpreted by skeptics as his attempt to integrate the blockchain system into the Facebook paying system and WhatsApp (owned by Facebook).

In addition, Facebook’s direct rival Telegram has announced its own coin, expressing hope that the blockchain tech will bring its users additional privacy through their payment app. The experts say that social networks may profit from launching new ICO cause the user base should be upgraded and refreshed. Another sign that Facebook may be heading towards cryptocurrencies is that it’s trying to increase its presence in Asia which is currently the epicenter of cryptocurrency wealth. In addition, some expert opinions say that their decision to ban crypto ads is made in order to distance their reputation and stability from the risky territory because it could happen that they destroy their brand value, and they certainly want to avoid that. So they could use the new technology not to become a ledger in exchanges, but rather a trusted third party.

How the ban of crypto ads affects forex and crypto markets?

As we already said, bitcoin experienced the greatest drop in value since November. The same thing happened with other cryptocurrencies; in some cases, they even experienced a double-digit decline. Skyrocketing in the value of digital coins has drawn a flood of new investors, but this situation, of course, made a large space for speculation and illegal activity. In addition, negative headlines, Facebook’s recent move being one of them, is rising up negative sentiments. Facebook is banning ads, and the crypto exchanges shutting down have silenced the hype in investing in the digital currency, bringing a layer of uncertainty and mistrust to the market. As one can notice, literally the daily news alter the volatility and liquidity of bitcoin, and this turbulent price action is likely to continue, spreading the waves of change all across the crypto industry.