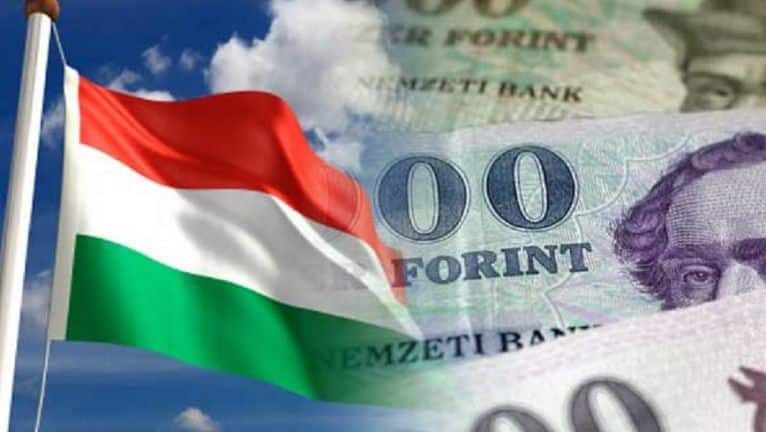 The percentage of unemployment rate shows another record hitting the low of 3.8%. In fact, the statistics show the decline of unemployment in the last 66 months in a row. In 2010, during the socialist-liberal reign the percentage of unemployment amounted to 11.8%, but in the last couple of years the number of employed has risen and 741 thousand more people have jobs in comparison to the situation in 2010. Young Hungarians mostly find jobs in the private sector, and the number of those working in the public sector decreased by 39 000. The youth unemployment rate has reached 10.2 % which is a significant drop, and this success has been enabled through the Job Protection Action Plan powered by the government. Orban’s main strategy was to take care of the unemployed, stimulate the inactive to get back to the job market, to expand vocational and training mechanisms, to increase the minimum wage, to decrease taxes, and all this in order to improve the competitiveness and efficiency of the labor market.

That’s why the record low of 3.8% is not a surprise! There have been taken serious steps toward the reforms of the labor market and the Hungarian economy in 2018, in order to switch from welfare to workfare! Hungary in 2018 is a proof that the dream of making a workfare society is by all means possible!

Although the recovery from the economic crisis has almost come to an end, and the economy seems to be moving in a positive direction, behind the favorable economic position stand some not-so-impressive reasons. Hungary’s population statistics shows a serious drop in population over the last decade. Before becoming an EU member, there was recorded a number of 10.14 mill, in 2010. That number decreased to 10.01 mill and this year it dropped even lower – to 9.78 mill. In addition, it’s important to say that Hungarian population is getting older – the average age of the population was calculated to be 41.6 in 2017. The labor shortage is explained by massive migrations (more than 30 000 people have left the country so far) and a low birthrate. Most of the companies are facing a serious difficulty to find workers, having to compete both with the local, neighboring, and West-European countries. What makes the situation even more difficult is the low wage offered to the employees, so the workers are not enough motivated to keep their jobs. This leads to the crisis on the labor market, in the sense that not enough employees apply for the vacant job positions, or they don’t have the right qualifications. The most endangered profiles are those of doctors’, IT experts’, but also carpenters’, electricians’ or plumbers’. This is why the country has turned to the strategy of importing workers. One example of migrant’s employment is Samsung that was permitted to employ 5000 workers from Ukraine. Although Ukraine was war-torn, potential workers found countries like the Czech Republic or Poland more attractive due to a similar language and better communication. That’s why they had to make their job offer much more tempting – the stats from 2016 show that the newly employed were given about HUF 125 000, also food, housing, and travel expenses were covered. So, one can conclude that government must take seriously the constant outflow of the population, despite the impressive Hungarian economic growth and generally positive results. The migrants have definitely improved the unemployment rate, but the economic and social system will be jeopardized if the government doesn’t come up with some long-run solutions for the future.

Despite the implementation of vast workfare program by Orban after his election in 2010, not all things look as they seem. The jobs have been given to hundreds of thousands of job seekers, the quality of life is much better (which Hungary’s GDP and other economic figures approve), the foreign debt has dropped more than 6% since 2010, credit rating has risen and budget deficit halved. However, Hungary slipped down to 20. place from 29. on the Euro Health Consumer Index due to the increased level of corruption within a country. Also, GDP has been mostly dependent on the EU having one of the highest ratios in the EU bloc.

Due to Orban’s raid on the pension system the retired population is not sure whether it will receive hardly any pension since the government decided to nationalize the pension funds. Almost 70% of the retired population in 2016 stated that they expected to work in their ‘gray age’. The post-retirement picture seems terrifying cause the entire pension scheme is expected to deteriorate. However, pension insurance may be the light at the end of the tunnel; it may seem like a good solution to provide some additional money to complement pensions in the future, and new products like these seem to be gradually gaining a growing confidence. Challenges of the Hungarian economy

Due to Hungarian relatively stable economic growth, experts claim that more efficient adult training, as well as the increase of minimum wage, will help a long-term economic productivity. That way the global value chain could have a higher added value, and that will directly affect the increase of GDP. The government must rethink the investment of money, and direct it not towards workfare schemes, but towards education programs and see the beneficial effects in a short run. Low corporation tax and cheap capital imply a shortage of workers and a poor quality of labor force. So, the government must do something totally different from what is doing right now, and centuries’ old habits definitely must be changed if they want to be able to provide their employees with a competitive wage. But before providing high salaries, they must make their people comfortable in their own cultural environment providing them with an admirable quality of life. Raising the minimum wage (at least to a certain level) will help to develop the education system and creating the profiles suitable for high value-added work positions.