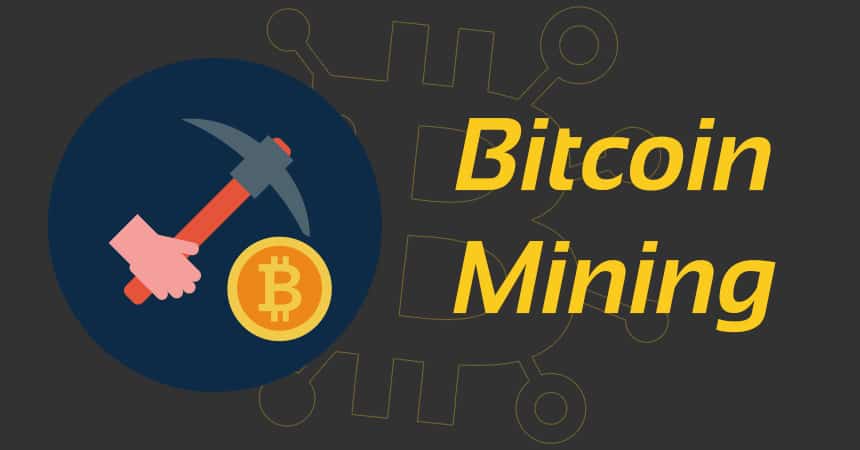 Bitcoin does not have a central government that prints and distributes money, so you may ask yourself: where do bitcoins come from? Bitcoin miners use special software to process transactions, keep the miners synchronized and the system secure. Bitcoin mining is a decentralized system that allows miners from different countries to participate without any control over the network. It‘s called mining due to an analogy to gold mining. But unlike gold mining, every miner who uses services to operate this specific payment network is given a reward. And the rewards are not negligible. Since January Bitcoin has increased in value from $1000 to $8 000, so why not give bitcoin mining a try!

Is it possible to mine bitcoins for free?

Getting free bitcoins is certainly not a way to get rich, cause without investing you can‘t get a profit. In fact, there is no such thing as ‘free bitcoins‘ – it will always cost you something to get them: money, time or something else. Before you start the bitcoin mining adventure, you must be aware that there‘s no easy way to earn bitcoins, if you want a serious start.

How does bitcoin mining work?

If you have a running bitcoin software, specialized hardware and mining modules, you can become a bitcoin miner whenever you want. The software detects transactions through the peer-to-peer network and operates all the necessary tasks to process these transactions. For faster transaction processing miners can earn fees and newly created bitcoins according to a fixed formula. New transactions must be approved by mathematical proof-of-work that‘s very hard to generate since it implies countless number of calculations before their valid blocks are accepted. This transactions approval can take time since mining can be very competitive – more and more miners emerge in the bitcoin system every day, and an individual miner can‘t control what‘s incorporated in the block chain.

Chronological order in the block chain is very important in the proof-of-work which means that it’s impossible to reverse the previous transactions cause that would mean the recalculation of all succeeding blocks. When the miner comes across the two blocks, they concentrate on the first one and move to the longest chain until the next block appears. This system is very thorough and very secure while maintaining a global harmony. Although not all bitcoin miners can be trusted, cheats and illegal actions can’t corrupt the network cause all invalid data against the rules of the Bitcoin protocol are immediately rejected.

How to mine bitcoins?

As we already explained, mining is the process of verifying bitcoin transactions, where users get rewards for that action. These are the basic things you‘ll need to access mining and earn some considerable amount of money.

1. Get mining hardware – Custom mining hardware is a card that you insert into your computer. It can cost from a few hundred dollars to tens of thousands. Popular brands include VB Butterfly labs, CoinTerra, Bitcoin Ultra etc.

2. Get a bitcoin wallet – Bitcoin wallets are encrypted digital wallets designated to protect your money. You can obtain either a local or online wallet, but local is generally considered more secure since it verifies the entire block chain. The popular local Wallets are BitcoinQT, Multibit, Armory. You can also download the wallet app, such as Blockchain or CoinJar.

3. Make your wallet secure – Prevent access to your money by double authentication and store the wallet offline.

4. Join a pool or go alone – If you join the pool you must share your resources and rewards and increase the chance of fast returns. If you are new to mining and you decide to go alone, it can be very difficult, and it can take more than a year to earn your first bitcoins.

5. Get a mining program – these programs are free and you can get them easily. The most popular are Cgminer and BFG miner. Check all the specific details to connect the program to your pool or your personal wallet.

Reminder: Make sure that your hardware doesn’t overheat! Segwit is a compatible upgrade for bitcoins’ software that is created to make the transaction process easier. Each transaction includes the sender, the receiver and signatures/witnesses. The role of Segwit is to update the block size and increase its limit, which means that one block will allow more data to be included. Segwit enables:

– easier verification of the previous transactions;
– decrease of the waiting time for transaction signing;
– easier implementation and connection to wallets;
– increasing the number of transactions within a block, also making the transitions cheaper;
– better security for advanced bitcoin services. How much electricity does it cost to mine a bitcoin?

Did you know that 1 bitcoin transaction can use energy as your house for a week? The machines performing proof-of-work algorithms turn out to be a great energy eaters. The statistics show that 215 kWh per hour is used by miners for each bitcoin transaction, and for example, an average American household uses 901 KWH per month. These facts are quite shocking having in mind that each bitcoin transfer uses energy that could run a comfortable house for almost a week. Due to this incredible energy consumption, there is created the bitcoin energy consumption index to raise awareness of the unsustainability of bitcoin mining. The total energy consumption of the Bitcoin system has taken the epic proportions while the currency reaches the new heights. The index chart shows that the entire bitcoin network consumes more energy than some countries, and if it were a country, it would take 65th place in the list of countries for energy consumption. Is there a solution to the excessive consumption problem? There might be! Over the years there have been developing more energy-efficient algorithms like proof-of-stake. In this model the coin owners create blocks, so there is no need to create as many hashes as possible that require great energy consumption. There is a hope that bitcoin could switch to this other algorithm that would, by all means, improve the sustainability.