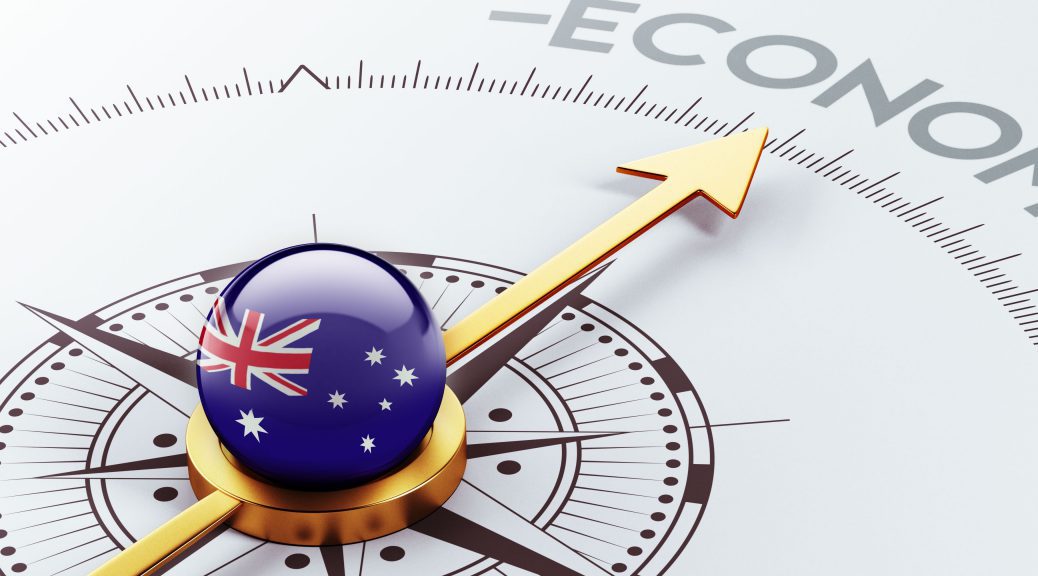 The latest economic indicators show that the economy in Australia in 2017 has grown steadily, and it seems like it will keep growing in the years to come! It has exceeded the record of Netherlands and become the No.1 country in the world’s longest run with 26 years of no recession. This record is also confirmed by Australian Business Economists (ABE). but this committee is, however, seriously worried about the inflation, aging population, and low productivity. And they don‘t predict that favorable economic conditions in the future. The inflation is expected to remain about 2%, wages will stagnate, but the budget deficit will improve and the unemployment rate will slightly drop to 5.6% by the end of the year and it’s expected to slightly drop again to 5.5% the next year.

Speaking of unemployment, job statistics and percentages show that this has been the longest, lowest unemployment rate trend since 2010, and Canberra unemployment rate has remained stable and there have opened many general management and advanced positions in technology jobs in the last couple of months. The employment grew by 27.900 jobs in July, and since then it has kept growing. The labor market seems to be in a good shape since 240 000 new jobs have been created for one year. However, the experts suggest not to get lazy due to positive results cause there is always some risk involved related to GDP growth, inflation and interest rates.

The Australian dollar has been rising and got back to the value of 80 US cents. At this point in the economy, business comes back to reinvestment, profitability and the increase of export percentage rate. And what makes the Australian dollar move? The weak US dollar and rising AUD encourages the economic conditions and higher iron ore prices in Australia. It’s expected that the AUD keeps rising by the end of 2018. This exchange rate movements are visible in the Forex market and many investors and institutions want to take advantage of these fluctuations. The level of demand dictates the market price, and more and more people want to buy AUD/USD pairs.

Is this the real image?

But is the economic situation really that good, or are there things to improve in order to say that Australian economy is healthy? The economic experts are divided. Some see it as the turning corner in Australia unemployment rate in 2017 and Australia’s economic growth, and others point out the restricting wage growth. Although the full-time employment increased (68%), the unemployment rate compared to that from 10 years ago is lower (72%) . And part-time workers need more working hours since they‘re underemployed. As Center for future work data shows, the highest underemployment is encountered in the following sectors:

We cannot tell for sure for how long will Australia recession-free run continue since this winning streak is not benefiting the majority of the Australian nation. How did Australia hit the record?

Australia was saved from the global financial crisis, basically, due to good fortune, massive investment projects and huge Chinese inflows. But weak wages and the increasing costs of living are expected to cut down Australia GDP. The retail industry, home-building, and mining are the critical sectors of the Australian economy are not expected to record significant growth, since the big cash inflow from China is not expected to be repeated any time soon! The lower value of the US dollar will help, but a thorough structural reform is more than necessary if they want the growing trend to continue. A successful transition to a strong post-mining boom economy implies rebuilding non-mining industries and import competing industries that will affect the services and dollar-exposed export. The beginning of structural change can be noticed in tourism growth and international education services, but Australia should pass a long way to make its economy really stable and complete the transition. The lower dollar will increase and attract import competing industries and export. And they should invest in some other industries not only mining.

Although the world economic crisis has had little impact on the Australian economy, Australia has many domestic problems that it has to solve.

– mining industries are still weak. As we already mentioned – they are facing weak demand, weak excess and profits;
– since there is a crisis in the mining industry, people move on to other industries and to the regions where they can find jobs. These shifts in jobs, industry, and services will dictate the future demand;
– they will face a falling housing demand, cause high levels of building will lead to oversupply.

However, in few years, the negative impact of decreased mining investment will hopefully stop, and the non-mining investment industries will drive the economy forward. It will face slow to moderate growth that will keep the inflation restrained and the interest rates low, and the major gaps between industries and regions will be masked by the level of growth. The transition is never short and easy process! Australia‘s economy will be performing well till the end of the year, but in the longer run, it might encounter many difficulties. And the prospects for growth in the years to come might not be too bright. The export growth might decrease and the terms of trade might drop down. Household spending and business investment are on the ongoing negative loop that results in low labor incomes and high levels of mortgage debt. Australia will face a rocky transition away from mining investment with the central bank cutting interest rates in order to support growth in non-resources industries. Everyone hopes that the period of economic expansion will continue, but it has to find more powerful stronghold than extreme policy and the emerging underclass. Despite the evident success, the government should not be neglectful in addressing the huge economic elephant in the room if it wants to keep walking the path of glory!