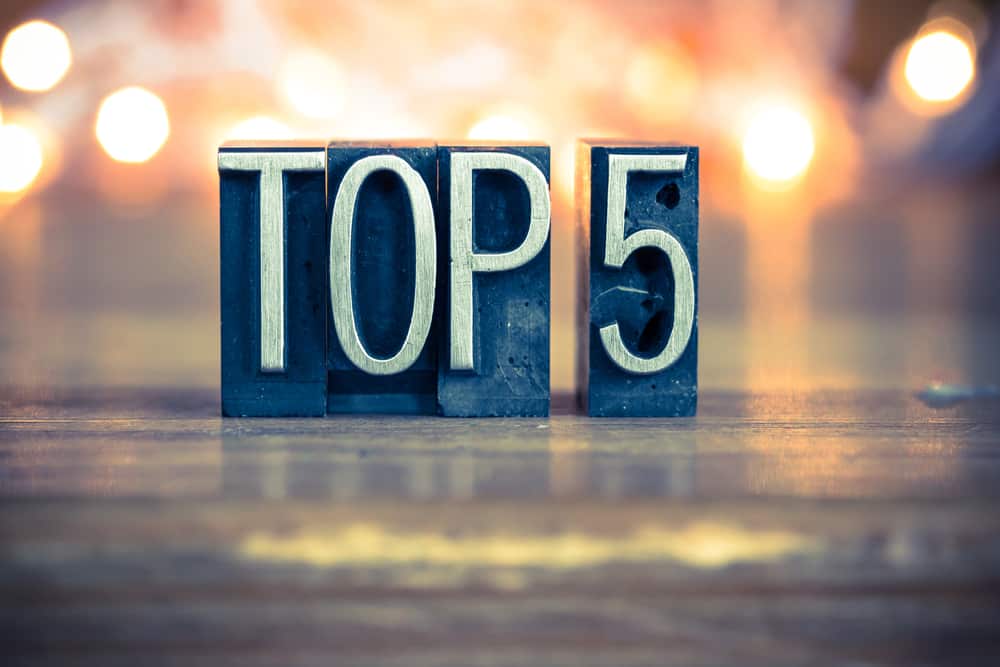 Although bitcoin stands out as the original and the leading cryptocurrency in the world, and although it has increased its value more than 10 times this year, it has also experienced many downfalls. We can say that 2017. was definitely the year of cryptocurrencies, and hand in hand with bitcoin many other currencies succeeded to reach the top. Although new digital coins have constantly been launched every week, we will underline the importance of 5 cryptocurrencies that have skyrocketed in value, number, and interest in the last couple of months. And these are the following: ripple, Ethereum, bitcoin cash, Cardano, and Litecoin. Now, we are going to explain in detail why we placed the selected cryptocurrencies at the top of the digital currencies‘ list!

Ripple (XRP). is a digital currency launched in 2012. and it presents both a token and a transaction network. Its foundations are even older than those of bitcoin, and it was originally created as a fast and scalable digital asset for banks and global money transfers. It‘s characterized by low fees, high speed, and liquidity, and that‘s what makes ripple the best of the five currencies listed and one of the top digital currencies in the world.

How much is ripple worth?

On January 12th, the value of ripple was trading above $2, and the increase in the price came with the announcement of the ripple transaction protocol that will enable faster and cheaper money transactions. At the moment, ripple is by far the most successful blockchain system based on building the platform for transactions, and every day more and more financial institutions join the network to test how this protocol can make their business better and more efficient. Ripple transaction protocol is an opensource internet protocol that supports not only digital currencies, but also fiat money and other assets and commodities that are allowed by transactions.

Ethereum (ETH) is a network that uses ether as a digital currency to operate smart contract, and it is used by investors to buy into ICO opportunities. Unlike bitcoin, Ethereum is a ledger blockchain technology that companies rely on to build new programs. Ethereum has an outstanding support called Enterprise Ethereum Alliance that counts 500 companies working together with the single goal – to build a near-to-perfect blockchain technology; in other words – to simplify and automate the demanding business applications.

How much is ethereum worth?

About a week ago, Ethereum experienced a price hit and had a value of more than $1200, which means that its price almost doubled since the beginning of the year, and it processed more than $28 billion in the last few days. Unlike bitcoin, Ethereum is much faster cause it creates a new block every 15-20 seconds in comparison to bitcoin that takes 10 minutes to create one. Also, it‘s much cheaper than the average cost of a transaction ($2.50), in comparison to the average transaction of bitcoin ($28.90). Furthermore, Ethereum foundation announced to create Ethereum 2.0 version that will solve scalability issue that cryptocurrencies have to deal with, aiming to exceed the blockchain limit of 2 MB in size by reaching VISA level. What is bitcoin cash?

How much is Bitcoin cash worth?

Although a bitcoin cash dropped to $2 500 cap last week, experts predict that it will soon rise to the previous amount of $ 3000. Investors keep an eye on Bitcoin cash price since it seems much stable than the original bitcoin. Right now, it‘s in the stable position and it‘s expected to climb higher in value. Despite the massive volatility that affects all cryptocurrencies on the market, investors should pay a close attention even to the slightest changes and make the most of their bitcoin cash. The statistics show that bitcoin cash madness reflects in the fact that most of the transactions come from South Korea, and the demand for this cryptocurrency has been skyrocketing in the past few days, being viewed as a short-term opportunity to gain profit.

Cardano is a platform that allows the transactions of new ADA cryptocurrency that uses an advanced math-based approach that promises to come up with more reliable and secure protocol than seen ever before. It relies on multi-layered approach that suggests a more sustainable growth in the future. As the third generation cryptocurrency, it aims to solve the current biggest issues that digital currencies have been facing – scalability, interoperability and sustainability.

How much is Cardano worth?

At the end of the previous year, ADA surged 142.4‚1% to a $3.5 million, which implies the surge from $0.03 to $0.14 for only a week. This rise in value can be explained by a fact that Cardano went into a partnership with IHOK, the leading digital development company, and it has a distinguished team of academics and experts as a support. Also, many supporters believe that it has better technology than Ethereum and that it will soon take over. It relies on Ouroboros algorithm that protects the blockchain from possible attacks, which, on the other hand, allows more functional protocols.

Litecoin (LTC) is a cryptocurrency inspired by bitcoin and, at the moment, it‘s one of the most prominent Altcoins among the existing cryptocurrencies. It has been the first to be viewed as a competition to bitcoin cause it takes 2.5 minutes to create a block, compared to bitcoin‘s 10 minutes. Besides the speed, Litecoin can also manage higher volumes of transactions, and the faster-created block implies a lesser chance of double-spending attacks.

How much is litecoin worth?

Litecoin‘s initial price was $ 4.33, and the recent charts show that it has reached $188, which means an extraordinary rise during the last year. Investors love this new lightweight version of bitcoin because the transactions are 4 times faster, it provides an incomparable number of coins for mining, and it makes it more attractive for buying small-ticket items. Cryptocurrencies on the forex market

Digital money as trending payments and investment assets have been more and more attractive for investors around the world. And their increased demand, as the charts show, have surged their prices. The cryptocurrency madness changed the minds of the investors and made them invest in cryptocurrencies rather than mutual funds or penny stocks. Although there are more than 5 000 currencies in the world, these 5 that we selected, at this moment, seem to have the brightest future on the Forex market.