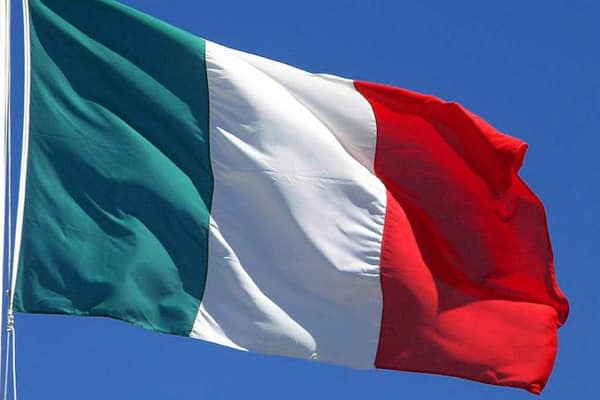 Three months ago, the percentage of the unemployment rate in Italy reached its lowest level since 2012 due to upcoming elections in Italy in 2018, when all the statistics related to Italian economy were closely watched. For example, there was recorded a drop of youth unemployment of 1.3% at the beginning of the year, in comparison to the figures in November. This is because young people rather choose Eurosceptic political options, and they no longer leave the labor market. However, experts say that Italy is a country with the highest level of youth unemployment in the EU. This means that one in five young Italians is neither in full-time study, employed, or looking for a job. Statistics show that Italy has the highest percentage of youth aged 15-24 that are not engaged in some sort of training, employment or education. In addition, it was reported that young Italians live in extreme poverty, and the percentage of the youth stricken by poverty considerably rose in the previous years along with the countries like Romania and Estonia. Although the unemployment rate dropped, as we already said, it’s still among the countries with the highest unemployment rate in the EU. Most of the young people who have a job possess irregular contracts which immediately imply job insecurity. There is also a high percentage of self-employed young people (the percentage from the last year shows 22.6%), and their wage is 60% less than that of a 60-year-old.

Uncertainties on the job market reflect on different levels such as quality of life and youth’s decisions. For example, a typical Italian nowadays usually leaves home and becomes independent at the age of 31-32 (the European average is 26). Due to these problems, the government must take serious action to improve the living conditions and standards for the generations to come.

More and more young Italians decide to move abroad in search for better opportunities as the Italian population statistics show. There has been recorded the increase of emigration of young people aged 18-34, especially of those youngsters with high education who happen to face the highest unemployment levels. That’s why they seek for the opportunities that include both study and work abroad. Statistics from 2015 shows the increase in the percentage of 6.2% in comparison to the previous year. Another age group that leaves the country as well are people aged 35-49 (25.8% of the migrants), and the smallest percentage make people over 65. The latest figures show that a large number of people started leaving the prosperous north of the country, and earlier it was the southerners who were moving abroad due to lower living standards, low Italian economic growth, and high unemployment. It turns out that educated and highly qualified Italians get better deals in foreign countries since they are significantly underpaid in their own country. The most popular destinations among Italian emigrants are Germany, UK, Switzerland, France, and North America, but they mostly remain in Europe. The Italian authorities must change their policies if they want to keep their skilled and talented people cause one-way mobility can be very harmful and it’s often a sign of impoverished country. Some serious solutions for solving this worrying issue are inevitable.

The economic outlook before the elections

Statistics showed a relatively stable economic growth of 1.5% last year, as well as the debt decline, but there is the increase in the unemployment rate, as we already mentioned. The government says that it’s targeting the growth before the period of crisis. Although the country succeeded to emerge from the post-war recession in 2014, it’s still one of the slowest growing countries in Europe. Italian GDP is 6% lower than before the period of global financial crisis. Along with high unemployment (youth unemployment amounted 31.5 %), there has been increasing the level of poverty and the economic recovery is therefore very slow. In addition, budget deficit, as well as public debt (the highest in Eurozone), should be revised if the authorities want to save the banks in northern Veneto. Experts say that the Italian economy will expand this year at the same pace as it did the last year. It’s expected that the GDP expands 1.5 % and that it will stay above 1% in the coming two years. The forecast for this year’s GDP is 1.4%, and 1.2% for 2019. There is expected an increase in supply/demand circle and improvement in investment and consumption. The sensitivity of the exchange rate on the Forex market points to the risks of inflation. The government must also take some serious steps towards better public services, tax laws stabilization, rational spending and necessary structural reforms. They must find a way to cut their high debt load and reduce the nonperforming loans. The government must come up with functional measures to recover competitiveness and profitability. The European Central Bank has a plan to present new guidelines for better protection against loans and debt reduction, as well as better arrangements among institutions in the EU in order to end the conflicts of risk reduction and risk sharing.

Italy will have negligible economic growth with almost flat growth pattern due to the modest trade deficit and stagnant population growth. With growing export, for example, it should balance the stagnant population. If it remains stagnant, there will be no growing export or GDP. Another disadvantage that Italy must face is the common Euro currency, and Italy is one of the countries that is less productive than, let’s say, Sweden or Germany, which immediately makes its goods less competitive on the international markets. Despite the stagnant economic forecast, the country is expected to remain politically stable with a slim chance of protests or social unrest. And the European Commission thinks that this year will generally bring better forecast for Italy with respect to investments in private and public sectors which are expected to rise dramatically this year as well.