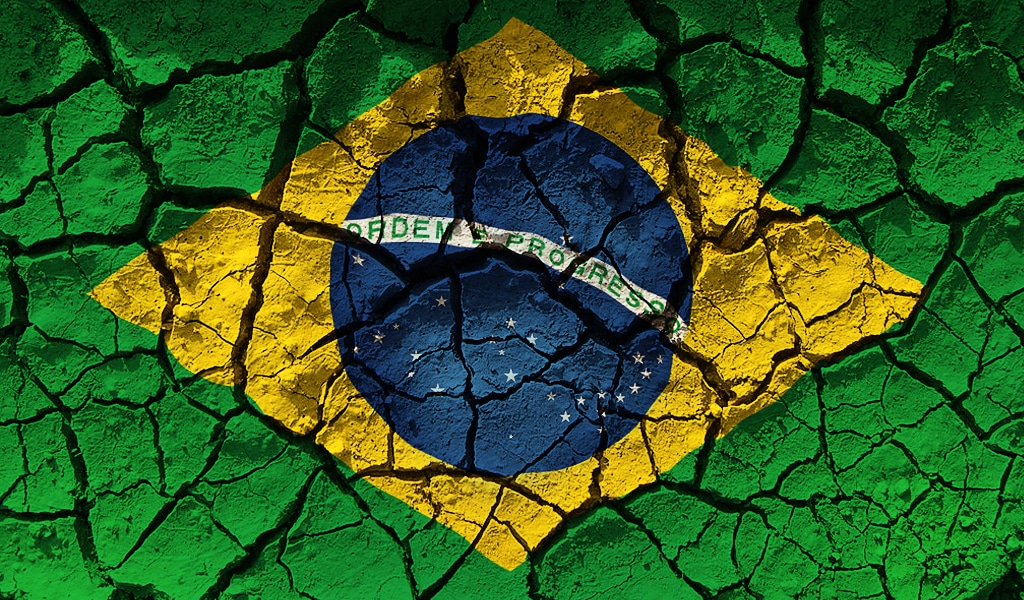 Brazil represents the most populous and the largest economy in South America. It has encountered numerous ups and downs, challenges and crises since the end of the dictatorship in 1985. After two decades of stagnation and hyperinflation, Brazilian economy experienced a sudden rise in 1997-98. Mid 2000 was remembered for Mensalão (bribes for votes) that again shook the economy to the core.

Brazil is still facing a serious economic, political and social crisis. Brazil economy problems today are deep and steep – Brazil GDP 2016 dropped by over 3% and the number of unemployed rose to 12 million. Rousseff’s sharp fiscal consolidation program brought to severe Brazil economic crisis 2016. – The deepest recession by reducing public investment and federal spending. Deterioration of the fiscal system and the entire economy, high unemployment rate, corruption are the main reasons why is Brazil in recession. Also, Brazil recession causes, as one would expect a political chaos and distrust in the political system. Brazilians voted a new president Temer in August 2016. They believed that he would return the economic stability, but unfortunately, the hopes for sudden recovery are low.

Brazil economy facts show that it‘s the longest recession since 1930. Inflation hasn‘t ceased and a consumer confidence has decreased. In addition, a serious corruption scandal continues to overshadow the public officials. Brazil economy today is, unfortunately, looking at another tough year. Signs of economic crisis can be felt throughout the entire country and within all social classes. It proves to be deeper than most had expected. At least 10% of 35 million Brazilians who emerged from poverty fell down the ladder again. Brazil economic system nowadays is particularly harsh to the middle class who‘s just begun to feel the taste of middle-class life. The country‘s poverty rate rose to 10% 2014-2015. and continued to rise this year. The social security network that protected the poorest population deteriorated as well. The recession decreased tax revenue that‘s led the state to a financial emergency. The debt crisis also shut down most of the ‘citizen restaurants’ for the poor. Public services, particularly health and education, were the cause of mass protests in 2013. Today, they are fighting to manage a large number of people who are not able to pay for health insurance or private schools. Challenges that Brazil has to face

These are the major issues in Brazil that reflect the depth of the country‘s problems. The government should:

4. Rethink the role of public banks;

Considering these problems is crucial, but it‘s not sufficient to restore annual growth rates of 2-3% per year. In order to do that, their officials must come up with a well-planned agenda of labor market reform, financial reform, tax reform . This Brazil economy overview shows that if they want to fulfill this important task, it will take time. It would, also, need a general support of its people. But this support is likely to come with another general election in 2018.

What impact does Brazil have on the global economy?

The worst recession in decades, hand in hand with the political crisis, led Brazil to deep-rooted structural problems in economy and politics. The primary cause of the trouble is dropping commodity prices. Brazils‘s export of iron, soybeans and other basic goods takes 45 % of its trade and prices for these have dropped by 40% since 2011. And the state oil company, Petrobras, the most indebted oil company in the world, fights to sell a barrel at 30$.

Furthermore, due to the global recession, the state had to take loans to sustain growth. So their public debt, at the moment, exceeds Greece‘s twice according to the Economist. However, corruption flourishes. The National congress is suspected taking bribes, and getting out of this mess will take more than discharging the corrupted and making China hungry for raw materials.

Recession‘s effect on the forex market

Although Brazil has been facing the worst recession and political instability in a century, 2016. was a surprisingly great year for brave investors, since latin America‘s largest economy experienced a boom year for the Sao Paolo exchange. The Ibovespa index gained 98.9%. This result is perhaps a confidence boost after the resolution of the corruption drama with Rousseff. But the analysts say that it‘s more likely that the signs of rebound are commodity prices of Petrobras and Vale, oil and mining giants. That’s because the Brazilian market is very sensitive to external variations.

Brazilian real also records big gains in January, but this trend could be reversed in 2017. International analysts estimate that Trump could translate into a stronger dollar due to his fiscal ambitions. Temer‘s austerity reforms might get the troubled economy back on track. But it‘s still early to make conclusions since the reforms are at the early stage, and the political situation is delicate because of Operation Carwash. The Brazilian crisis goes beyond passing harsh measures through a difficult congress. After almost a century of self-sufficient capitalist development, we are not sure if the country‘s political and economic officials are capable of accepting the rules of global economy. So far, they would rather commit to cheap credit and protection, than create a globally competitive base. At the moment, there is no chance for reducing social payout and opening to the global market. In addition, its large domestic economy will be discouraged with budget cuts and austerities.

Almost a decade of commodity-driven flawed economic model brought large inefficiencies fueling consumption and corruption. Brazilian real forecast 2017 shows that it will take time to resolve the issues that have been torturing Brazil for decades and a dramatical political and economic reorganization. The uncertain pace of recovery could bring to another downward revision. It could be another year of recession if the situation within the country does not show some progress. The government shouldn‘t wait passively for the issues to resolve themselves.