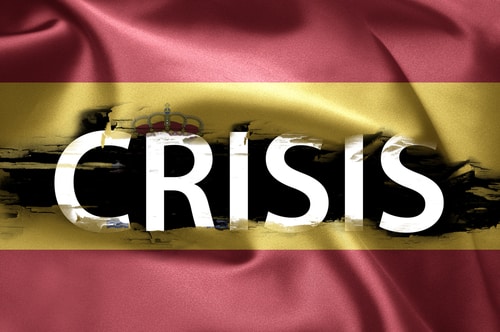 If we take a look at the unemployed queues in Europe, after Greece, Spain seems to be the poorest performer. At the peak of the EU crisis, Spain unemployment rate in 2013. was 27%, and job statistics and percentage analysis conveyed by the officials in Madrid in 2017, show a downfall, which is still much higher than the percentage before the crisis. However, the Spanish government predicts the lowest unemployment rate since 2009. at the end of 2017, Their idea is to decrease the unemployment rate of youth in Spain by creating new jobs for more than half a million people. But is this forecast real, having in mind that their economy is poor and that one out of three employees signs a temporary contract? There’s not much difference between Barcelona vs Madrid unemployment rate, but a new government in Spain must come up with a smart and bold policy to reduce the rate, so that it can reach the European levels. Despite the encouraging and rising percentages, it would be a very hard road to take.

Local forces have affected Spain economic growth and unemployment rate for decades. Unemployment rates exceeding 20% have not been unusual in the past. Ever since Spain‘s transition to democracy in 1970, what makes things more complicated is that it takes long period of time to decline the unemployment peak. It took more than a decade to decline to the European level from the crisis in the 90’s, for example.

Current state and forecast for Spanish economy and unemployment

It seems like the high unemployment rate is simply implanted in Spain’s labor market in the last 40 years, although things seem to improve with Spain unemployment rate in 2017. The dictatorship years made people get used to definite job security, and on the other hand, the democratic age brought to the situation that youth encounters with temporary employment contracts, much more than the average European encounters. Of course, it‘s very easy to get rid of the temporary employees together with overly protective job contracts, this tough environment smothers the economic growth and Spain GDP. A different contract that protects the rights of the temporary workers would be a good solution, but we don’t know if the government is ready to make that step.

What makes things worse is the low education of working age population. Being unemployed for years after the financial crisis in 2008. they lost touch with the industries they worked in, so it instantly makes prospects for finding a job much worse. Returning to the pre-crisis level will be very hard since Spain needs money for the radical repair of retaining programs, and Spain is the country that has the lowest budget deficit in Europe along with Greece. There are 2 solutions to the Spanish crisis. They will either cut the government spending and open their market in order to start to experience the growth and sustainable development. This solution, as we already said, requires a lot of money. Other solution would be a help from the EU that includes cutting of their debt and extensive fiscal incentive. The latest forecast for 2017, expected to see growth for Spain that is up 2.6% higher, slightly higher than US or British GDP. However, in 2016, numbers show the decrease of 3.2 GDP, which is quite worrying for the country with high unemployment. The forecast for 2018. shows some signs of progress, It‘s estimated to drop to 17.7%, which is, of course, a sign of economic progress, but substantial reforms are necessary to reduce labor market duality. The economy is a step away from crisis, but there has to be the determination to convey the reform to resolve the Spanish economy instability.

An ace that Spain should use in emerging from the economic crisis is the tourist industry. Unlike other sectors, tourism is brimming with optimism. The increasing number of tourists will bring higher accommodation prices, improved services and provide general growth in tourism. The forecast for 2017. has exceeded all the expectations. Accommodation-related numbers show that the occupancy hit the record in the last 20 years, and that would definitely boost the revenue, and recreational and business tourism shows significant improvement than in 2016.

Spain’s experience with the euro

Adoption of the euro caused a head spinning growth of the economy, a stable position in the forex market and rise in the stock market due to capital inflows from other EU countries. This transition to EU currency lowered the net debts (to 26% of GDP in 2007). But the bubble of welfare soon burst. Spain‘s economy crashed and then started the budget troubles not having the access to important macro economic policies. They should learn how to communicate with European authorities to end the recession, high unemployment, and other continuing economic problems. Spanish unemployment records the sharpest drop since adopting the euro. The most intense decrease in unemployment can be felt in service sector showing a serious weakness in export. How to get on the road to recovery

If Spain wants to recover from the economic crisis and improve the unemployment rate, it must reform the banking sector and stabilize its finances regaining the trust in the markets. Spanish government should invest new efforts to increase productivity, enhance growth, improve competitiveness and create new jobs. Getting the unemployed back to work is the greatest challenge and its recovery is far from complete. They must change their economic structure as soon as possible if they want to end the economic catastrophe and existential issues. The government must unleash money on infrastructure projects to develop job opportunities, and companies should consider how to reinvent and refashion their business. All these changes are necessary if they want to find their way out of the EU crisis. Spain is, unfortunately, another example that shows how the euro destroys the ability of a country to deal with economic change and how accepting the euro proves to be a bad idea for most of the EU members.