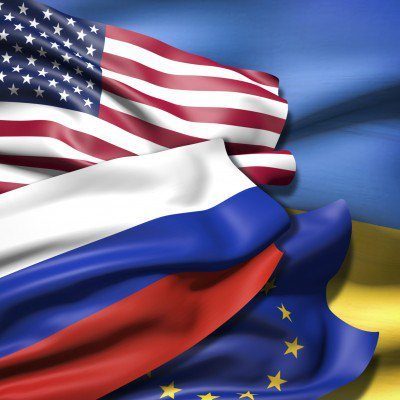 Yalta International Forum is one of the most important business events in the world. It takes place in Crimea every year. Besides, it is one of the biggest economic forums in Russia, along with Petersburg Economic Forum, Sochi Investment Forum, and the Eastern Economic Forum. This is a place where high-level government officials, business experts, and economists gather. They discuss socio-economic development issues and challenges that modern economy encounters. The main focus of Yalta Forum is to find approaches and solutions in challenges related to the market economy. Other important goal is to create an effective interaction between business and government. It supports innovative production, modern technologies, small and medium sized businesses. It also supports inter-regional and international cooperation. This forum is the great investment potential of Crimea offering significant investment opportunities!

The Third Yalta Economic Forum 2017 will take place on April 20-22 at Mriya Resort Hotel on the beautiful Black Sea coast. This year the organizing committee is expecting about 1500 participants from more than 40 countries. The special focus in Crimea 2017 at the forum will be bilateral meetings of business community and state representatives.

The previous year, the forum hosted representatives from 26 EU countries. Politicians, members of the parliament, managers and company owners look for the opportunity to take action in Crimea.

Despite the Ukrainian crisis and the anti-Russian sanctions imposed by the EU and US, the US delegation is coming to this year‘s forum. But will the US in Crimea offer an ‘olive branch‘ and lower the tensions between Russia and US policy? We’ll find out soon. How did the crisis begin?

Due to Crimean crisis, US and EU countries imposed sanctions on Russian business to end violence in eastern Ukraine. As a result, the Russian government responded with the total ban on food import from these countries and also Norway, Canada, and Australia. There have been three rounds of sanctions so far and the last one started in 2014. and it‘s still in power. Sanctions mean suspension of investment, discussion about military issues, and visa requirements. How will the new US administration handle Obama‘s sanctions against Russia? And what is the current state with sanctions against Russia?

US sanctions especially target the energy sector that takes the greatest share of GDP. At the moment, no cooperation is possible and US banks can‘t give long term loans to Russian business, neither can European banks. All these pressures are directed towards hopes that Putin will reverse his annexation of Crimea. As a result, he might also withdraw his troops in eastern Ukraine. The issue that involves Russia and Ukraine is very vulnerable for the Russian economy. Russian troops are still fighting Ukrainian forces. Sanctions by US and EU can take years before any changes can take place.

However, some political experts speculate that Trump might withdraw sanctions. They also say that the reason for this action might be his personal business interest in Russia, rather than US national security and NATO.

As one can see, sanctions can be a very powerful tool that the influential governments use to make nations obedient. They are, also, a powerful alternative to war. Rule by force replaces the rule by law – and any country may become the new Ukraine.

The Russification of Crimea has continued. Connections with Ukrainian companies failed, and Russian companies and banks rushed in. Dealing with the main ferry company has stopped. The unofficial accounts show insignificant movement in trade and investment. The official statistics boast with double digits growth. The role of Yalta International Economic Forum is to stimulate the changing attitudes of western countries towards the imposed sanctions to Russia.

After the second Forum, some of the countries eased their restrictions towards Russia. Some of them even abolished the sanctions. The main goal of this gathering is to evoke the new initiatives and approaches for economic development. Furthermore, they will affect both Crimea and the entire Russia.

The first Forum that took place in 2015. gathered 600 participants from 13 countries. This year‘s forum, as we mentioned, is expected to host at least 1500 participants from 40 different countries. This year’s topics will cover various areas, both social and economic. There will be discussed space technologies, artificial intelligence, preservation of cultural heritage. Also, the economic situation and the opportunities for foreign investors. The development of the construction industry in Crimea and Russia will be another topic for discussion.

The Business of EU countries at the territory of Crimea are confidential while sanctions are in action. The EU council decision limits the freedom of entrepreneurship. Therfore, many companies try to find the way to manage their presence in Crimea to avoid the possible penalties in their country. In addition, Illegal annexation of Crimea and Sevastopol was punished by Italians. They are, in fact, directly responsible for the restrictive measures. But still they are coming to the Economic Forum. Many distinguished Italian businessmen highly estimate the economic capacity of Crimea. They are very interested to cooperate and invest in this area. But due to the current situation, the market is closed for the Italian investors.

Yalta Economic Forum in Crimea is the largest meeting with international guests gathered in Crimea. The largest since Crimea reunited with Russia. During the previous gathering, many positive and encouraging events occurred. 12 agreements were signed. For example, an agreement that would protect foreign investors in Crimea from the negative effects of the sanctions. There was also signed the project for the new airport terminal of Simferopol airport for 32 billion roubles. Hopefully, this year‘s Forum will also bring some positive results. It might also bring improvement in dialogue between US and EU authorities with Russia, and better cooperation between authorities and businesses. The most important thing is to lead an honest, frank and open-minded discussion. This kind of discussion will improve the business climate and economic potential of the Crimean region. It’s important to encourage business conditions for the development of international business, since the abolition of sanctions against Russia and Crimea might take time.