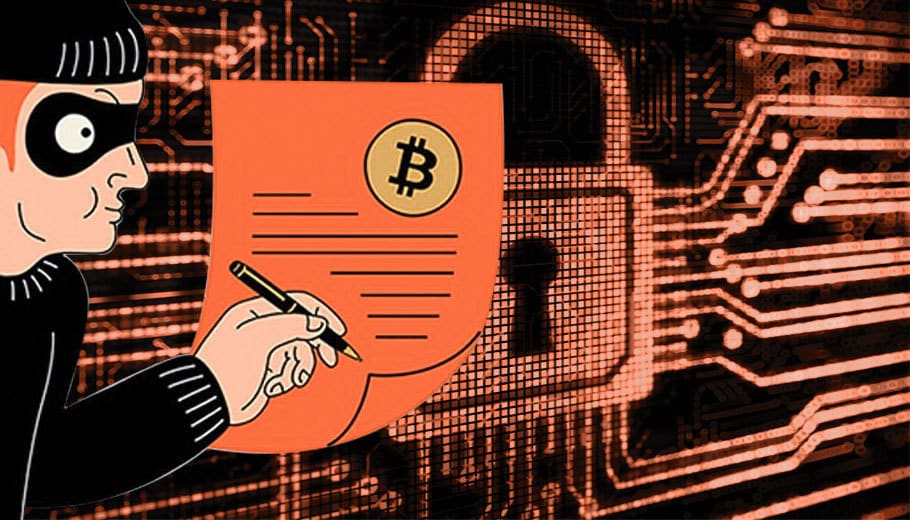 The rise of bitcoin popularity directly affected the rise of ransomware abuse – different ways of extortion in which hackers blackmail the victim, holding the content of his/her computer until they get the money they ask for. Evidently, the popularity of bitcoin has also initiated an easy collection of ransoms in which the identity of the abuser can remain unrevealed. In addition, the bitcoin has also become associated with different other types of criminal acts like money laundering, drug sales, and sex trafficking. This article will explain how is bitcoin used by criminals, and generally explain the negative aspects of cryptocurrencies.

Wannacry attack in May had an impact on the massive increase in the price of bitcoin, but it also ignited a fierce discussion whether bitcoin allows crime to grow and promote illegal activities, having no socially useful purpose. This point of view is wrong because although the bitcoin anonymity enables a number of illegal actions, that doesn’t mean that bitcoin should be made illegal by nations. They should rather issue some serious global regulation for bitcoin.

Need for global regulation of cryptocurrencies

Despite the excitement about the popularity of cryptocurrencies, regulators show concern about the criminals and fraudulent acts related to cryptocurrencies that cannot be detected easily. There is a huge bitcoin money laundering risk that passes the law. Bitcoin is a recent phenomenon introducing a new technology, and it will take some time for the regulators to catch up. Since there is no centralized administering authority, they are open-source distributed, based on a peer-to-peer relationship. And since they don‘t require identification of verification of a user, the transactions are not necessarily associated with an individual’s identity. Also, since bitcoins are convertible, they can be easily exchanged for dollars, pounds or euros, and they have become an acceptable form of payment by big companies.

It was reported that Bitcoin was used for drugs purchase through the dark web, so Europe shows concerns for bitcoin, since these illegal transactions weren’t detected by the authorities. Since criminal activities are hard to track, there is a fear of not only abusing the cryptocurrencies, but financing terrorist groups is also a potential problem. In addition, cryptocurrencies can easily be converted, and this involves financial institutions which make the regulation of cryptocurrencies more attainable. Especially a growing number of emerging global measures such as KYC (Know your customer) and AML (Anti-money laundering) that will enable easier detection of illegal transactions. However, the things are not that black and white; countries with strong regulatory powers may prevent criminal activities, but these efforts can be easily erased since criminals can easily switch to a country with a non-restrictive regime. However, there is a hope that criminal activities will be kept under control with the rise of regtech, a rising regulatory technology that can convey detailed blockchain analyses. The downside of this regulatory technology is that only countries with advanced regimes will be able to solve the fintech risk issues. Semi-anonymity of the black chain disables monitoring of transactions and detecting any suspicious behavior. So it makes things easier for the cybercriminal to flourish. Different jurisdictions have different regulations for cyber-related transactions in different countries, so solving cryptocurrencies‘ illegal actions have become a global challenge. In China and Korea, for example, cryptocurrency transactions have become very important for the national security policy. Their jurisdiction implies the extensive government involvement – they are allowed to know all the details of senders’/recipients’ transactions. Some other countries like the US, on the other hand, act according to privacy and data protection laws, respecting constitutionally protected freedoms. However, in order to attain an effective bitcoin regulation, all governments, enforcement and financial regulatory bodies might get together and regulate cyber transactions around the world.

Germany has joined European governments for global regulation of bitcoin

Europe shows a great concern that bitcoins speculative risks (money laundering, sex, and drug trafficking, terrorism) will greatly attack the international financial system. Being Europe‘s biggest economy, Germany‘s finance sector closely observes the bitcoin and its current behavior on the market. It was created in the wake of the global financial crisis in 2008. as a response to banks and regular currencies. It reached the new record on Monday hitting the amount of $20 000. The EU lawmakers agreed to revise the anti-money laundering rules and to strengthen the policies of overseeing bitcoins‘ transfers. Some economic experts believe that bitcoins’ sole use is fraud and that it does not serve any useful purpose, and that they attract only those people who want to outsmart the system.They agreed that the risks of use of cryptocurrencies are countless and that regulation exclusively on the national level is not enough because digital currencies are international and they exceed the national borders.

Why have Forex platforms turned to bitcoin currency trading?

Bitcoin is the first currency that has its own trading potential and it‘s a natural fit for Forex trading users. What makes bitcoin different than other currencies is that it has its own payment system and an advanced payment method. Choosing bitcoin allows speculation on the global bitcoin market‘s exchange rates and it allows Forex platforms customers to easily move from bitcoin to another local currency. This is especially important in the countries that have limited credit card payments or bank transfers. Bitcoin transfers are faster and cheaper, they can be small and they are not subjected to credit card declines. Another advantage of bitcoin is that allows sufficient access to bank transfers, removing the card fees and possible chargebacks.

Since regulations are strict, in order to prevent money laundering, the Forex platform must keep payment methods‘ closed loop, which means that payment and withdrawal methods should remain the same. Forex experts claim that bitcoin offers a solution to the money entering and leaving the Forex platform. Bitpay allows Forex to accept bitcoin payments and receive the local currency to their bank accounts, avoiding the bitcoin price volatility. Bitcoin mass payouts are also simplified – a payout in the local currency is conveyed, and Bitpay sends the bitcoin worldwide without additional fees to any number of recipients.