The latest news regarding the Egyptian percentage of unemployment rate shows the decrease from 12.5% to 11.5% in 2017 as the national statistic agency confirms. The President Al-Sissi claims that his mission in the years to come will be to further decrease the unemployment rate and increase the economic growth. The CAMPAS recordings reveal youth unemployment rate of 24.8% among the young people aged 15-29 (20% males, 36.5% females). The Minister of Finance claims that the reduction of the unemployment rate in Egypt in 2018 can be owed to the implementation of economic reforms in the last 3 years that considerably reduced the unemployment rate. Not only that these reforms cut down the rate, but they’ve also opened new job positions and offered brand new opportunities. However, one thing that halts the Egyptian economic growth is, by all means, the growing population of this country. The data recorded last year show 3.46 million unemployed (14.5% in urban areas, 9.8% in rural ones). 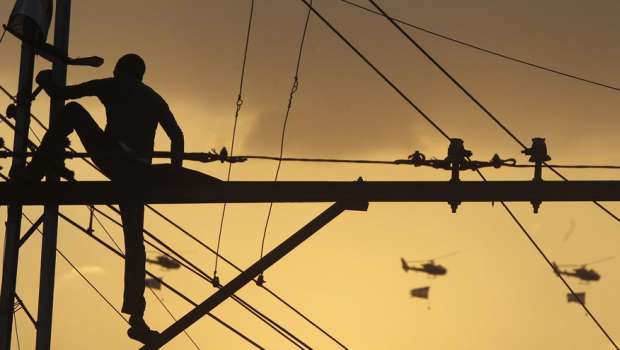 Despite the plan to increase the electricity prices, the Ministry of Electricity announced that all the electricity subsidies will be phased out in three years period in order to make the costs for the citizens acceptable and adapted to the wages of an average Egyptian. This decision is a part of the economic reform program that supports imposing new taxes and cutting subsidies. As for the electricity prices, they jumped last year (15-36%), and the government expects to completely phase out the subsidies by 2022. The relevant statistics show that factories consume only 24% of the energy, and the households up to 47% of the total distribution.

The price of drinking water increased

The government increased the price of water by almost 50% as a part of reform program in 2016, and the increase will depend on the level of consumption and the type of industry that consumes it. The Minister of Water Rsources said that Egypt generally suffers from the shortage of water to answer the demand to all the household, agricultural and industrial needs, and there’s even a danger that Cairo might run out of water in the near future due to an untreated waste.

Although the EU proposed establishing refugee and asylum centers in Africa and the Middle East, Egypt rigidly refuses this idea, along with the countries like Algeria, Morocco, or Albania. They justify their attitude by a huge number of migrants trying to reach the EU or Libya, and things get critical due to a raging economic instability and bad communication with the Libyan authorities. The idea of building migrant reception centers, the Egyptian authorities consider as something that will only outsource the crisis due to a critical economic situation and overpopulation, and they consider the building of these facilities as something that could violate the country’s laws and jeopardize their constitution. The statistics from February show the record of 221 675 refugees, as UNHCR reported, but the authorities claim that this number is not even remotely exact since there are way too many refugees that haven’t been registered. For example, Minister of Foreign Affairs believes that there are about 5 million refugees in the region, and most of the refugees are from Syria adapting to a life in Egypt.

The latest news says that the World Bank announced a project worth more than half a billion dollars to improve the current healthcare system in Egypt in 5 year’s plan. There is suggested that $35 million be invested in Hepatitis C program and health insurance. The idea is to enable treatments that wouldn’t be insanely expensive, but affordable to every citizen. This project is considered by the government as one of the most important programs that have ever supported the healthcare system. However, this suggestion has come across some concerns and critiques based on the belief that poor citizens will have to face extra expenses like insurance fees due to an increase of medical prices (in the last two years it was listed as one of the countries having the highest healthcare costs). Another consideration that came to rise is the public health sector privatization. There is a doubt that public sector might not meet the newly imposed standards of the new healthcare system. Despite all these doubts, the World Bank currently works on 16 projects in Egypt that are supposed to reduce poverty and boost production in this country. 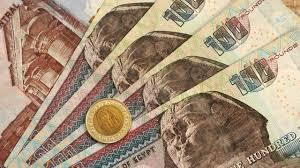 The latest news also announced that Egypt was approved $2 billion loan (the fourth portion of the total $12 million) by the IMF. The previous loan was confirmed in December last year, and the benefits of the loan, as well as the economic reforms, have started being visible. It’s expected that this support will help the sustained growth and better living standards. The latest statistics show the accelerated growth in the last two years and a rise of 5.2% from 4.2%. Also, the deficit has dropped, and tourism facts show a significant recovery and some serious inflows of investment.

An economic forecast by the end of 2018

Some expert reports predict that Egypt might show itself as an economic outperformer by the end of the year due to mentioned implemented reforms and IMF support. This report reveals a stronger investor confidence and a capital formation that will positively affect Egypt’s GDP and enable better economic opportunities. Despite the political instability, it’s not expected to significantly influence the economic growth. BMI has first noticed the signs of economic growth in 2015-2016 to 3.5%, and in 2016-2107 to 4.2%. This fiscal year is expected to end with an increase of 4.8%. To conclude, economic reforms are definitely seen as something that has been extremely important for the economic growth, although the risks for the deterioration of the political situation have never ceased. Despite everything, some experts predict that Egypt will become one of the top 15 countries by 2050 with the highest purchasing power.