When we take a look at the latest statistics from 2018 we can see that the figures show the rise of the percentage of unemployment rate by 0.2%, and the highest percentage of the unemployed in January in Latvia 2018 can be encountered in Latgale (16%), then follow the regions of Kurzeme (8.1%), Zemgale (6.9%) and Vidzeme (7.8%). The lowest rate in this period was determined in Riga with a slight rise of 0.1%.

However, economic experts say that there is no real unemployment problem in this country. Despite the minimum wage and high requirements, the number of migrants coming to Latvia is constantly growing, and local businesses still complain that there is not a satisfying number of employers. Although the economy is picking up the pace, will the country be able to avoid the massive immigration situation? Experts explain that there are unemployment issues on the black/gray market, there are people who refuse to work, and there are those with an unsatisfactory level of qualifications who don’t want to further educate and learn new skills. But the problem with unemployment, supposedly, does not exist. Some economists believe that at this point everyone who is looking for the job can find one. But who are those 16% unemployed in Latgale, for example? The local resources in this region are mostly composed of elderly people (55+) that are coming close to their retirement age, and they are not appropriate for the job market. The other group consists of the disable people that make only one-fourth of the labor market. As far as the youth unemployment is concerned, statistics from 2016 show that Latvia had the highest unemployment among youth (17.3% of youth aged 15-24). The EU average, on the other hand, shows the percentage of 18.7 %, and the lowest rates are measured in Germany and Spain. 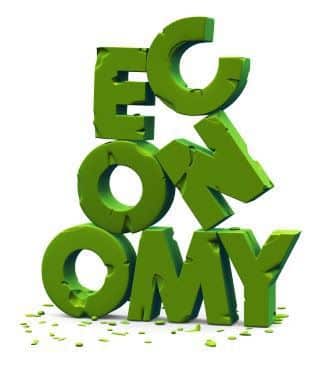 Overview of the Latvian economy

Although small, Latvian economy is considered open and its exports make more than half of Latvian GDP. The most developed sectors of Latvian economy that we can point out are timber and wood processing, food manufacturing, electronics, and transit services. However, the main halt to Latvian economic growth present 3 factors – corruption, decreasing population and low birth rate. Also, unsustainable account deficit and huge debt made it repulsive for foreign direct investments. However, the economy is experiencing some serious improvement since the last year, the economy has grown more than 4%, but continued and sustainable growth will remain a great challenge for this country due to moody demographic trends, income inequality, and brain drain. Also, the agreement with IMF caused large social costs and the majority of real estates and companies have been privatized. Latvia became a member of WTO in 1999, the EU member in 2014 and the member of OECD in 2016.

Although the economic crisis severely affected entire Europe and the USA, after the crisis many economies had the tendency to warp out the way they think and define the post-crisis growth as a success. Latvia is also one of those countries. After having been severely affected by the crisis and not having experienced any growth since 2006, Latvia gradually started reaching some improvement after 2015, although the unemployment was high, wages low and long-term economic prospects alarming. Another problem that post-crisis Latvia had to face was the decreasing population and demographic instability. The fact is that Latvia can be considered one of the most ethnographically unstable countries in the world. Statistics from 5 years ago show that the population from 2.3 million people dropped to 2 million since 2000, and the reasons are obvious – better opportunities, decent wages, and more desirable living standards. So, it’s no wonder that they consider that Latvian economy in 2018 is resilient and improving compared to the catastrophic situation a few years ago when 10% of the entire population left the country in search for a better life.

Latvian representative Ilmars Rimsevics of the ECB council and the governor of central bank of Latvia is accused of seeking and accepting a bribe. The country’s third-largest bank ABLV was investigated being suspected for money laundering. The US authorities suspect that this bank was involved in money laundering actions and that it channeled money to North Korea. Rimsevics, however, denies the allegations while the Minister of Finance thinks that he should, by all means, resign. As a governor of the central bank, his duty was to monitor the individual central banks and the activities of the EU members. But due to allegedly illegal actions, ECB was forced to stop all the transactions, although the bank claims that the US accusations have no founded grounds.

In addition, Latvian central bank has been facing various problems due to its being ill-regulated and off-shore since its independence in 1991. During the global crisis when the Parex bank collapsed, Rimsevics succeeded to retain Latvia’s credibility, although at a huge cost (the unemployment drastically increased, as well as the number of emigrants, and the economy contracted by 25%). In addition, in 2014 Latvia was also accused of being a ‘Russian laundromat’ channeling $20.8 billion to 96 different countries, and, therefore, many foreign institutions refused to cooperate with Latvian banks ever since. However, these case, by all means, highlight weaknesses in the regulation of the European banking system, and there definitely must be something done to eradicate the money laundering practice in the EU.

The economic forecast for Latvia

Despite all the challenges, experts predict a bright future for Latvia. They predict that the currency will continue to be stable, as well as the privatization trends, the democratic activities, liberal trading, the decline of unemployment and the direct investment is expected to increase. In addition, they should learn how to enable an equal participation in the economic system and how to provide better wages. Minimal capital that Latvian citizens deal with will trigger the growing ownership by foreigners, but the EU membership will allow its labor and capital to move across the EU borders. Although Latvian market is defined as ‘functioning’, it must deal with the competitive pressures that come from other EU countries.