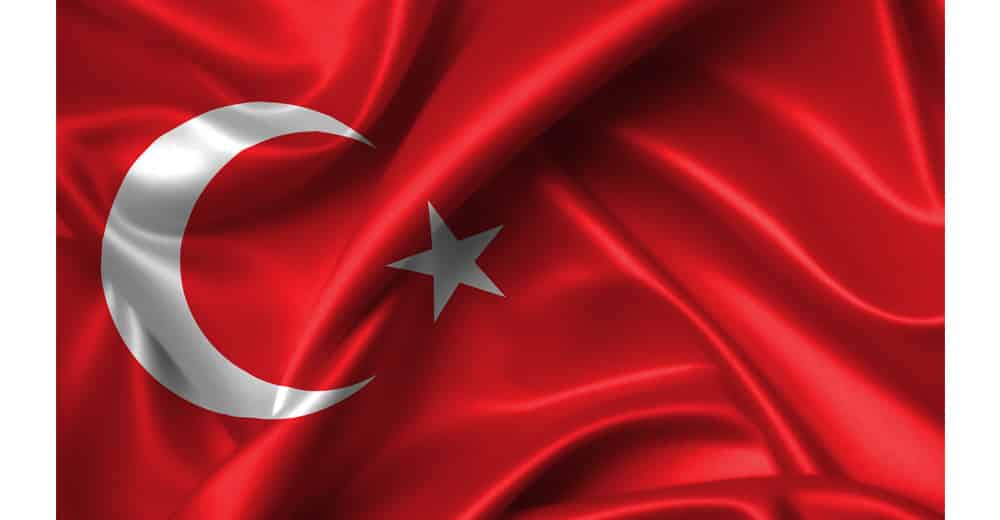 The Turkish Minister of Finance, Berat Albayrak said in an interview on October 15th 2018 that the inflation will be going down for the rest of the year, following a 15-year high happening in September when the consumer price inflation jumped to almost 25%. Prior to that, the inflation rate rose to nearly 18% in August, due to the collapse and falling of the Turkish lira, which had previously fallen more than 20%, bringing Turkey on the brink of economic and financial crisis. This is undoubtedly good news for Turkey, but the months to come will show whether these predictions were too optimistic or not.

According to the latest United Nations estimates, Turkey’s current population is a little under 82,250,000, which is the equivalent to 1.07% of the world’s population. 72.1% of the population lives in urban areas, and constitutes the majority of the workforce.

The Turkish statistical authority states that the annual unemployment rate was 10.8% in July, with a 0.1 percent year-on-year increase. The number of employed persons was 29,2 million, which was half a million more than during the same period last year, and there was a 0.2% increase in the employment rate, which was at 48.2%. By the end of this quarter, the unemployment rate is forecasted to be 11.5%, and to go to 12.1% in a year. A long-term estimation for 2020 is that it will be 11.9%.

Turkish GDP saw in increase of 0.9% in the second quarter of this year compared to the previous one, and the average GDP growth rate over the last twenty years has been around 1.16%. Quarterly GDP per capita is $2,158 which is slightly lower than during the same period last year. 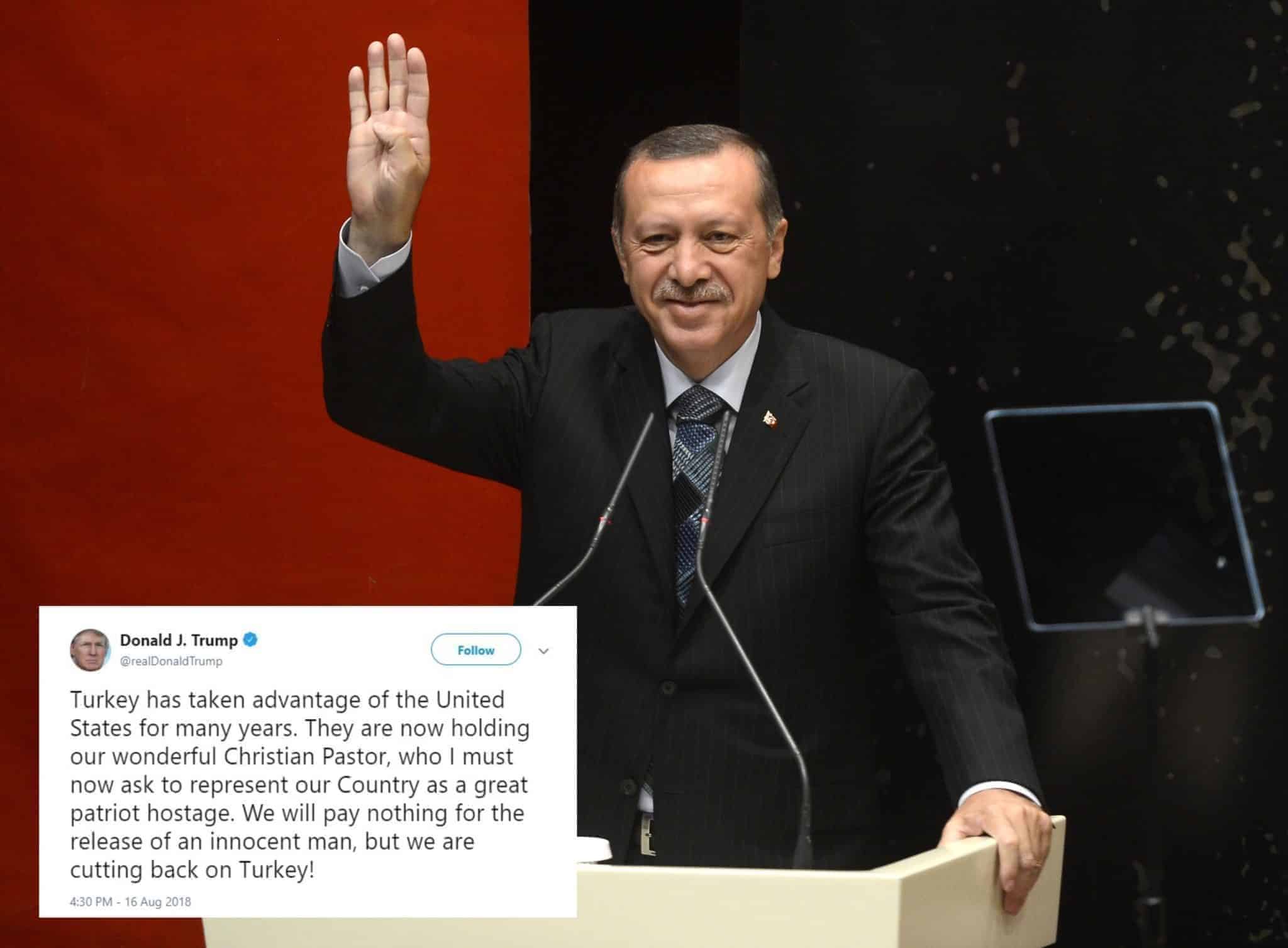 How the Turkish crisis originated

The crisis began a few days after Donald Trump, US President, tweeted that the tariffs on steel and aluminum will be doubled for Turkey, following a request that Andrew Brunson, an evangelical Christian pastor, be released. Brunson had lived with his wife in Turkey for more than 20 years, running a small Resurrection Church. After a coup attempt at Turkish President Erdogan in 2016, he was accused of espionage for two organizations, the Kurdistan Workers’ Party and Preacher Fethullah Gulen’s network, who was believed to be behind the coup.

After the beginning of Brunson’s first trial in April, Washington insisted that he be released, which Ankara refused and after his sentence had been changed to house arrest and he had not still been released, the American administration brought in the sanctions. The tariffs on aluminum and steel imported from Turkey were doubled, and additionally, the Turkish interior and justice ministers’ assets were frozen. This diplomatic trade dispute, as well as the Turkish President’s economic policy, both caused the Turkish lira to depreciate by about 40% since the beginning of the year. It hit a low of 5.11 to the US dollar, and at the same time, the inflation was just below 25%.

Turkey responded by in turn doubling the tariffs on some US imports – tobacco, alcohol and passenger cars, and President Erdogan stated that the cause for the lira falling lay not in the economic conditions, but in the outgoing “operations against Turkey”. He also encouraged the residents to sell their savings in dollars and stock up on the lira. Some analysts agreed that it was precisely this dispute with the US that played a role in the lira’s plunge. 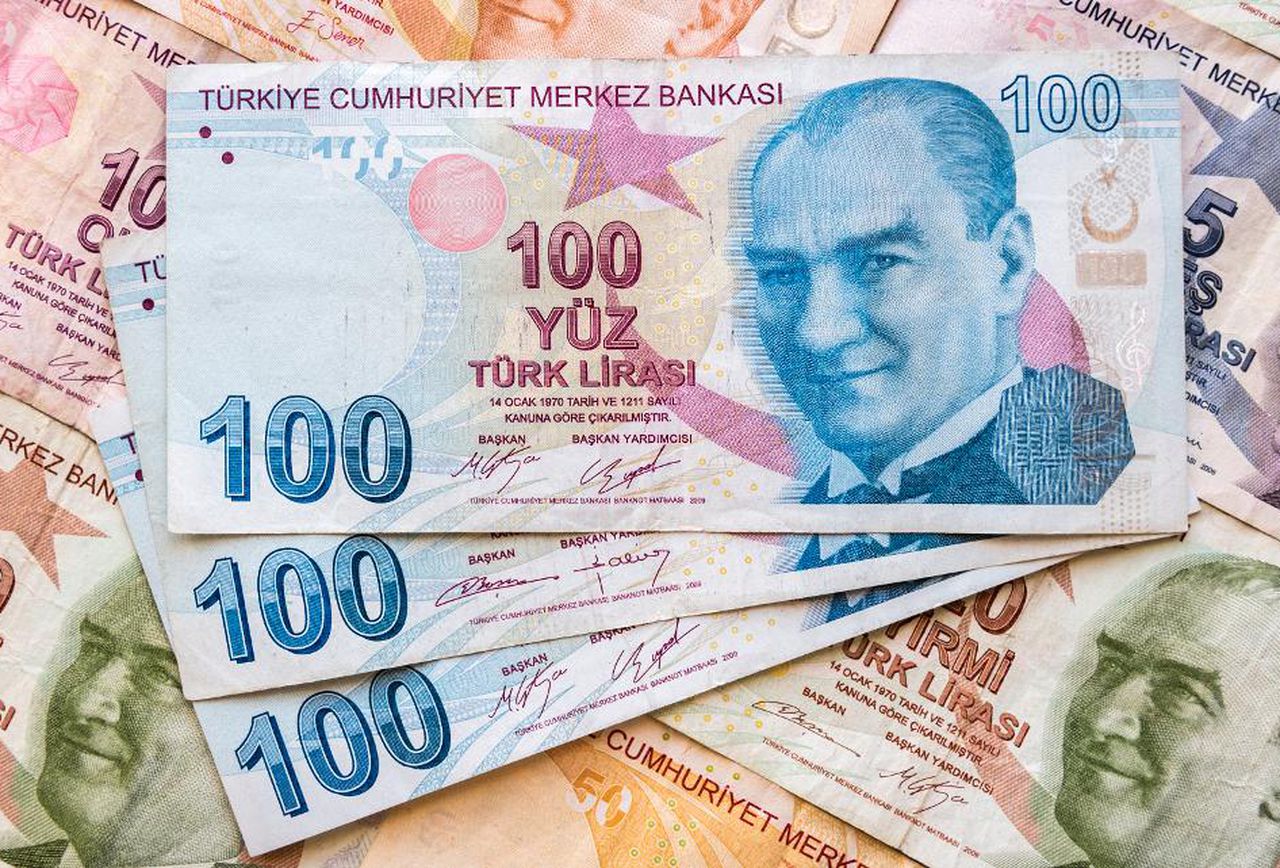 The Turkish government had to take a series of measures in order to stem the crisis. The central bank was heavily criticized by foreign investors for not raising interest rates in an attempt to control the inflation and defend the currency. President Erdogan, who describes himself as “the enemy of interest rates,” was seen as responsible for opposing the raise of interest rates and consequently preventing the banks from acting. Foreign investors and analysts claimed that the central bank needed to raise interest as much as 10% to avoid the currency falling further. All this would cause Turkish residents to want to hold more foreign exchange (FX) instead of the lira to protect their savings, and this would cause the currency to be heavily compromised.

Fortunately, the Turkish central bank caved under pressure and in September sharply increased the reference interest rate from 17.75% to 24% in an effort to curb inflation and stop the currency crisis, despite Erdogan’s opposition and claims that the inflation was the result of the central bank taking the wrong steps. The bank raised the rate by a 625 basis points, which was the biggest increase during President Erdogan’s 15-year reign. This was seen as an effort to boost the Turkish lira and gain back the investors’ lost confidence, as well as to ease the foreign investors’ worries over Erdogan’s influence on monetary policy so that the foreign exchange market can in turn experience relief.

The government predicts that the inflation will reach 20.8% by the end of 2018, and drop to 15.9% in 2019 and 9.8% in 2020, following a series of interventions and short-term measures which needed to be taken to control the situation. The next step is to minimize or eliminate the country’s current account deficit.

Even though Brunson, the evangelical pastor, was released from Turkish prison last week (he was sentenced to three years and one and a half months, but was released on the account of served time), the US is silent when it comes to lifting the economic sanctions from its NATO ally. The question remains whether the sanctions’ withdrawal would actually bring a change because of the growing structural economic problems in Turkey. Its economic growth has been fueled by building infrastructure, and lifting the sanctions will not make high interest rates and high inflation just go away.

However, on October 16th, Turkish Minister of Trade Ruhsar Pekcan stated that contrary to popular belief, “Turkey’s ‘real’ economy is thriving.” He also claimed that the country experienced record growth in September, with a 23% year-on-year increase in exports for the month, which was a result of “effective economic management and, most importantly, the result of the ingenuity of Turkish workers and the business community.” He added that Turkey has an ambitious goal of reaching $500 billion in exports in five years’ time.