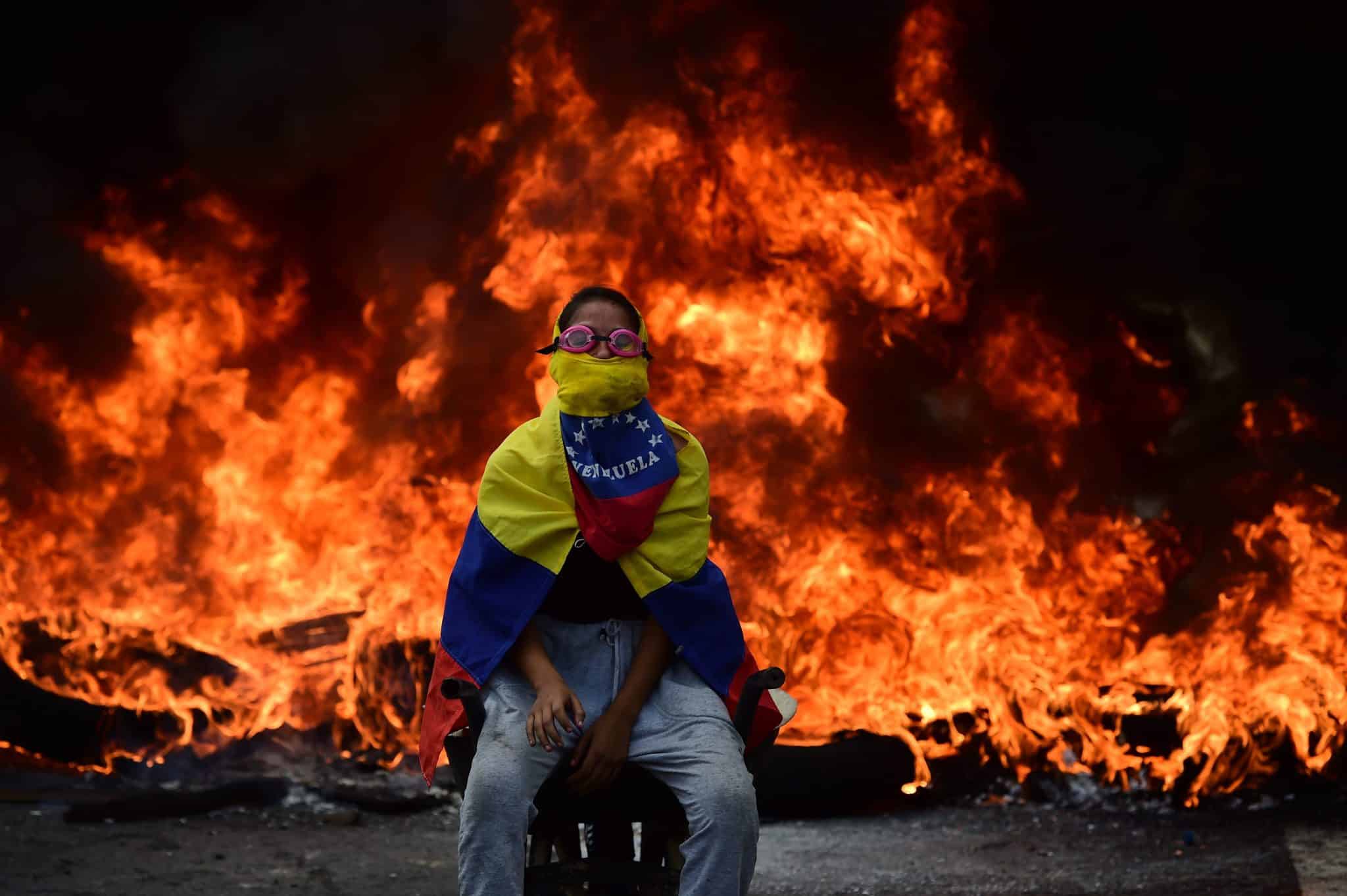 Venezuela crisis started during the period of Chavez rule and extended to the presidency of Maduro, and it represents the worst crisis that Venezuela has encountered ever! The recent official data from Caracas in 2016. has shown that consumer prices reached 800%, the economy decreased by 18.6%, the Venezuela population is on the brink of starvation, and the cases of violence have reached the outrageous proportions. It can be said that the crisis has affected the average citizen on various levels. The job statistics and percentage figures from the state officials in Caracas record the rise of Venezuelan unemployment. Therefore,the rise of social movements shows the desire to change both economic, political and productive environment. This is a natural reaction since the factors like corruption, starvation, low production, shutting the large companies, high dependence on oils largely affect the deterioration of crisis.

Venezuelan economy has always had the potential despite the fact that their politics have always been critical and eventful. With the discovery of ‘black gold‘, Venezuela swiftly built its economy, and even today, despite the crisis, it holds one of the greatest oil reserves with 300 billion barrels! While the world was trying to recover from the Second World War, for example, Venezuela GDP was among the highest at that time (its economic growth was higher than the world’s leading economic powers). But unfortunately, this dream of wealth did not last for too long. Until the 80s they were spending their wealth on social programs, education, healthcare, food subsidies, transportation and the Venezuelan employees had high salaries. But soon, all the good things went downhill. Today, Venezuela unemployment rate in 2017. is extremely low and the country is considered to be one of the poorest economies in Latin America.

Today, this once wealthy country is facing an extreme hyperinflation, shortages of electricity, food, bare necessities, and there are frequent outbursts of violence in Caracas and other places. Venezuela is on the brink of collapse since it has to pay off its $60 billion debt, and the EU officials have imposed sanctions on Venezuela despite the possible escalation and domino effect that might affect the global markets. The democratic institutions in Venezuela don’t have the capacity to respond to the crisis, leaving the country in the poor and tortured state. Rebuilding the nation will require radical changes in the economy, institutions, and politics with the help of the multi-sectoral pact of politicians, business associations, academics, universities, churches. This must be done in order to deconstruct the patrimonial state that caused so much pain, poverty, and suffering.

The monetary chaos started in 2003. when the previous president Chavez imposed currency controls to increase capital after an oil strike. Along with violent protests, crime, shortages of food and medicine, the value of bolivar is also getting out of control and keeps losing its value on the Forex market. For example, at the beginning of the year, you could buy $1 for 3000 bolivars, and in June you needed almost 8000. The monthly minimum wage in Venezuela is about 98 000 bolivars, which means less than $1 per day, and this is another fact that implies that Venezuela is one of the poorest countries in the world. The devaluation is a problem for both consumers who fight with hyperinflation, and for business which have to battle a constantly moving monetary unit. Due to hyperinflation, the government prints enormous quantity of money and keeps practicing very wrong and inefficient policies to stay at the head of the state. Prices were expected to rise 720% this year and desperate citizens organize massive, violent protest and pressure the current president Maduro to hold the democratic elections.

Due to a complex monetary system, corruption emerges as the main characteristic of the country’s political system. The government, of course, takes advantage of their position and waste money assigned to significant institutions. Well connected individuals, therefore, take the US dollars through the legal channels and at the higher price they profit on the black market. Also, its foreign reserves have sharply decreased, below $10 billion first time in 15 years and again the reasons for this horrific situation are the constant bad management of the state, subdued oil prices, corruption. In addition, the fall in the reserves causes fear that it might enlarge Venezuela‘s debt obligations by the end of the year. How to solve Venezuelan economic crisis?

Despite the outrageous condition that the country‘s in, a negotiated solution towards the end of the crisis is possible. And, first of all, this means providing food and medicine needed and ensuring people‘s basic survival needs along with the international economic support that will imply implementation of radical institutional and political reforms. The international aid would reestablish monetary and fiscal policy and lead to reinvesting the revenues and generating enough revenue in the strongest sectors (especially in the oil sector) will help in promoting a more diversified economy.

The country should also make some serious efforts to restore the independence of democratic institutions, and as well as the judiciary and legislative branch, security, and media that have been disastrously undermined. However, the current government is reluctant to hold the elections cause they are afraid they will lose the power and the gains they’ve made through Bolivarian revolution. Also, there are various risks that giving up power will lead to severe trials and punishments for the high officials cause there has been, as we already said, significant corruption and criminal activity among the high official representatives. Also, they should face extradition to the US due to sanctions imposed in response to human right abuses, corruption, and drug trafficking. However, despite the Venezuela‘s doomed state, a recovery from the crisis is possible with the referendum, accepted foreign aid, deep structural changes, reducing the dependence on oil, trying to create and retain the peaceful environment.