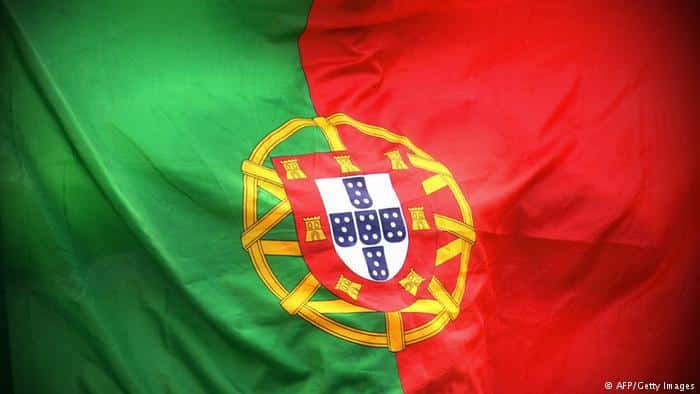 The entire Eurozone has been dealing with a serious issue of youth unemployment and figures show the percentage between 19-25%, and for example, in Spain or Greece, the percentage of unemployment even exceeds these numbers. These figures show that young people all over Europe are facing the issue of unemployment despite their education and qualifications. So, it‘ s no wonder that they are constantly frustrated, losing hope that things will get better. In an atmosphere of total apathy, young people are forced to either live with their parents or leave everything behind in search of a job abroad at any cost. The consequences of youth‘ s dissatisfaction may be that the rising populism might threaten to shake the political establishment. Portugal‘ s economic growth not only in the tourism sector

Portugal‘ s Minister of Economy, Manuel Caldeira Cabral, has spoken recently about Portugal’s economy and his opinion is that his country has so much more to offer than tourism. Despite the issue with the youth unemployment, Lisbon’s economic growth is visible in the sectors like agriculture or software industry. The statistics show that these sectors (not only tourism) attract investors mostly from Germany (one of the biggest investors in Portugal), China, India, and France. The figures show that more than 20% of agricultural products and 15% of the car, mechanical, software, and aeronautical products are exported abroad. This trend implies direct foreign investment and deals with gigantic companies such as Mercedes Benz AG, Renault SA or Continental AG. These and similar contracts raise opportunities for young people to remain in their own countries in search for a decent job and not emigrate to Germany or UK as the recent scenario has shown. At the moment, more and more reputable companies from Germany, France or UK come to Portugal as investors, and that fact is definitely a positive thing for the rise of Portugal‘ s GDP and the positive forecast of the unemployment rate.

Faster economic growth has affected the narrowing of the budget deficit and the drop in borrowing costs. However, the country‘ s debt is the third highest in the Eurozone region and this issue must be paid a special attention to. The Minister of Economy, on the other hand, believes that the strong growth will help the companies recover – it will reduce the debt and the banks will reduce the non-performing loans. The time will show whether the Minister is right.

The EU praises Portugal for strong economic performance during 2017. because it exceeded the expected economic forecasts. Although it still hasn’t reached the status of seven biggest economies in Eurozone, Portugal has shown the signs of spectacular recovery. The relevant statistics show that Portugal demonstrated the best last year’s performance between July and September, and the Minister of Finance and the chairman of the Eurogroup, Centeno, has noted that there had been created new 127 000 jobs in 2017. and the positive expectations and expansion have also continued in 2018. The experts claim that the forecasts for the future of Portugal are generally positive and encouraging, cause with the increase of the active population on the labor market, the country has a greater capacity to accumulate wealth.

In March 2017, the Portuguese government issued a set of laws and amendments for economic restructuring and creating favorable conditions for those companies which are considered operable. These laws and amendments are supposed to develop and promote more balanced structures reducing the debts of economically stable companies. The government believes that action will improve the access to better conditions for small and medium-sized companies. In terms of legislation, the government thinks that these new sets of rules will increase the effectiveness, transparency and legal certainty of the Special Revitalization Process (PER). In addition, they believe that they will create new legal framework and concepts that will simplify the complex proceedings.

The Minister of economy, Cabral, has recently highlighted two most important issues that Portugal has been facing for some time and these are debt and demography. As a possible solution to the first problem, he mentions the Capitalizar programme that will deal with taxation restructuring and it will ease the access to capital markets, as we already mentioned. As for the demographics is concerned, he points out 5 opportunities that will have a positive effect on social security and economic growth.

• Due to different levels of qualification, young people aged 25-35 have high qualifications as much as German youth, for example. The government should make the most of this advantage and allow their youth to demonstrate its potential.

• With the potential to improve, the government must change the judicial system and make it more efficient.

• As a net importer of energy, they must correct the current structural deficit. They must use an opportunity become a country with plenty of energy, having in mind that 200 million euros of solar power have been raised so far.

• Portugal also must improve the innovation system, in order to unite the companies and universities for the future improvement.

• Having the high-quality companies, the figures have shown the economic growth in the previous decades, and their performance has been better than Germany’ s for example. But they mustn’t forget that Germany’s start off was much different than Portugal’s – they started with a surplus that gradually increased.