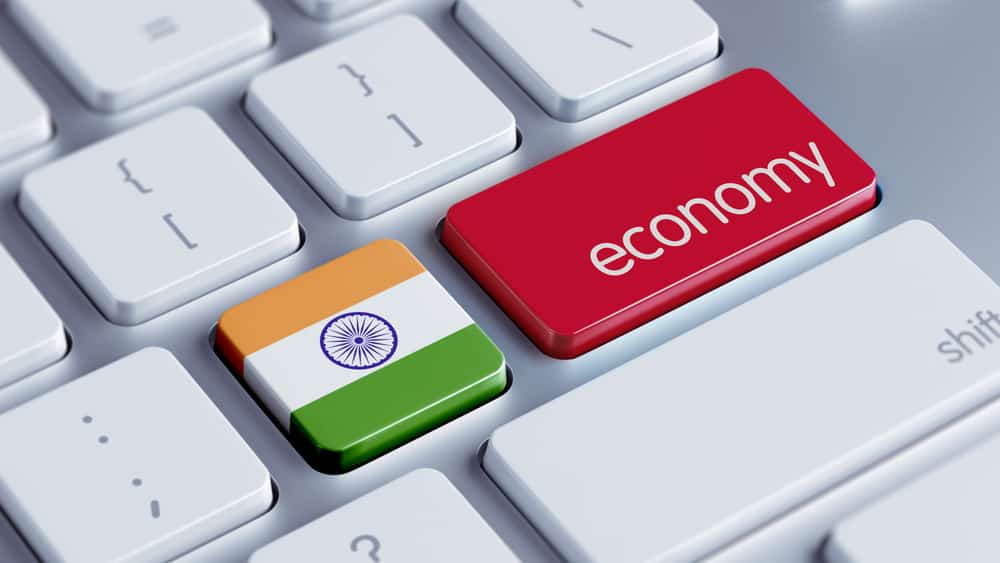 India, as the second most populated country in the world, can’t provide enough employment opportunities for a really great number of people. As Indian population statistics say, India counts 1.34 billion people, and what makes the situation even worse is that half of the population make young people below the age of 25, readily waiting to get on the job market. Although there had been some improvement in India by 2017. and the government has started some initiatives for promoting unemployment (projects like Skill India, Start-up India, Make in India), the official statistics show that the national participation in the labor force is only 50.3 in percentage unemployment rate. The percentage is lower for women than for men. The employment rate is generally very low, and economic growth varies depending on the sector. The Indian economy in 2017. showed some signs of improvement in IT sector, but sectors like car manufacturing, jewelry or transport have recorded a decline during in previous years. In India, 46% of the labor force works in agriculture, 22% in manufacturing, and 32% in services. However, it didn’t succeed to create mass employment like China, for example, but in manufacturing sector – part-time jobs and contractual employment replace full-time jobs. In 2016. statistics show lower unemployment figures due to Mahatma Gandhi Act concerning rural employment that guaranteed 100 days of paid employment annually, to every household with adult members who would volunteer to do unskilled manual work. This act certainly affected the lowering of unemployment rates, but it did not solve the issue of underemployment and unemployment. The problem is that these kinds of projects mostly involve unskilled workers.

Another effort that government invested in putting an end to unemployment crisis is that it established the national Career Service Portal. This platform was imagined to connect those who are looking for the job and employers, skill providers, counselors etc. Along with the portal, there was launched a skill development scheme to help Indian youth learn the industry-relevant skills and increase their chances for employment. However, the educated employees in IT sector, the most developed sector of the economy, started to sack their employees. They believe that this kind of decision is rational since there was recorded 8.6% increase in this sector, but the number of jobs grew only 5 percent in 2016-2107, which is lower than in previous years, and the decreasing trend is expected to continue. Experts believe that the main culprits are the rise of artificial intelligence, automation and strict visa norms in the USA, the UK, Australia. In the future, IT experts will focus on developing new technologies and not creating low skilled IT jobs.

Despite their idea to focus on technological advancements in the future, India can turn towards a knowledge-based economy, high-value manufacturing, employing educated workers. India could learn from the examples of Singapore and South Korea who have successfully developed high education sector (Singapore) and connected domestic and foreign universities with the goal to encourage high education (South Korea).

Another issue that halts the employment growth is chaotic labor laws that disable permanent jobs. They should consider ways to facilitate the foreign investment in retail, clothes manufacturing and logistics. Other sectors that will be positively affected by foreign investment would be legal and accountancy services and infrastructure. Finally, India should start signing trade agreements with their partners in order to expect easier work visa norms. If they want to experience some long-term prosperity and improvement, they must turn towards high-value sectors and encourage the rise of technology and not run away from it, if they want to see a positive forecast of the unemployment rate.

Indian economy is expected to overcome Germany and become one the largest economies in the world by 2022. according to the IMF analysis, and as we already said, it must deal with issues like implementing GDS, dealing with stressed assets worldwide, increase of employment and productivity, corporate investment and improvement of infrastructure.

India is still recovering from the effects of demonetizing of 500 and 1000 rupees. In general, the health of the country’s public finances and banking system should be paid a close attention to. In addition, some serious reforms should be undertaken. The bad loan has risen their debt to 16.6 % of total loans.

In order for the forecast to come true, there must be left some space for Indian economic growth and they should nurture good partnerships. For example, they should maintain a strong partnership with China, cause both of these countries are responsible for the half of the global growth. China is a good example that India should follow. They should also work on improving their living standards and issue a new set of economic policies that would be much better and functional than those inherited from Nehru’s rule. Conveying these measures will bring more productivity and put an end to the waste and havoc of the free market. They should be implementing these rules as soon as possible if they want to witness hundreds of millions of people getting richer and more satisfied every year. The government should learn how to keep out of the way and leave space for the economy to flourish.

2018. Global Economic Prospect predicts that India’s GDP will increase for 7.3% in 2108-2019, and 7.5% until 2020. The overall economic growth for 2017. was 6.7% despite the initial setbacks. According to their estimations, the future of India looks good on different levels – private consumption and services will continue benefiting the economic activity, and there will occur a revival of the private sector. They also said that labor market reforms, health reforms, education and more investment will definitively make India‘s prospects better. They should also make the most of their favorable demographic profile which is not common in most of the economies. If they take care of reducing youth unemployment and including more female on the labor market, Indian economy can only move forward and come to its full growth potential.