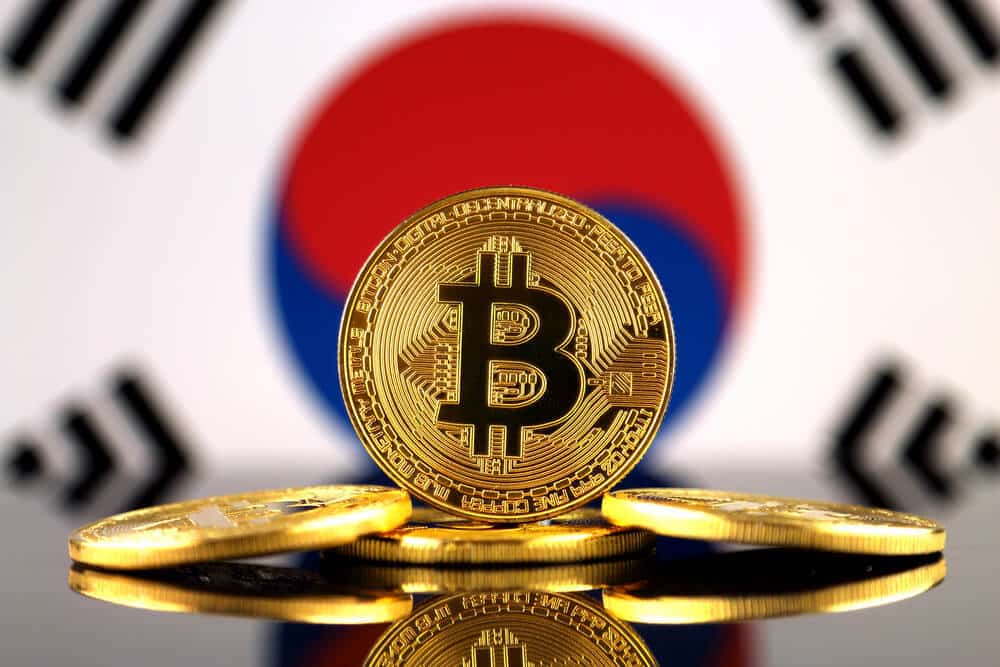 South Korea is a country that represents one of the biggest bitcoin markets in the world, where every third worker invests 10% of his salary in bitcoin. Statistics show that the average Korean investor owns $5.260 in cryptocurrencies. With 2 million investors in bitcoin market, that makes South Korea the third biggest marketplace after Japan and the USA. Furthermore, South Korea is also a home of Bithumb, the fourth largest bitcoin and ether exchange, and it accounts for 20% of total bitcoin trades around the world! In the beginning, it was attractive only to a few profiles of people, but now everyone is obsessed with bitcoin. The demand for bitcoin is so high on their exchange markets that Koreans pay a premium of 15-25% over global prices. They compare this phenomenon to their traditional fermented cabbage dish kimchi, and call it ‘kimchi premium’. This basically means that they pay higher price hoping that bitcoin will continue rising. However, South Korean officials have a fear that cryptocurrencies will create new financial weapons that will enable easy stealing and money laundering. But, on the other hand, an opportunity to profit from the bitcoin‘s volatility is indisputable.

Why is South Korea obsessed with cryptocurrencies?

We remember the recent increase of bitcoin value in Zimbabwe, but the South Korean economy is not the same as Zimbabwean. They don‘t face poor economic conditions and instability. On the contrary, it is stable and it has been growing at a fast pace in the last couple of years. So, what‘s the reason that the rise of bitcoin is even higher in South Korea than, for example, in the USA? South Koreans are in love with new technologies, much more than the peers from the west, so it‘s natural that they are open to latest technology fads like bitcoins. However, they haven‘t been able to keep up with the rise of prices and the officials want to issue more strict regulations. There have been reported various cases of young Koreans using virtual currencies for illegal activities like frauds or drug dealing. And the government wants to put them to an end. They also announced raising taxes on capital gains.

A few days ago, at the very end of 2017. there has been recorded a crash on bitcoin price in South Korea for $ 1000 dollars and this has been another illustration of the cryptocurrencies‘ volatility. But despite everything, it‘s a fact that bitcoin surged in its value by 900%, becoming one of the greatest stories in the world of finance. However, the government wants to introduce some strict measures including banning of open anonymous cryptocurrency accounts and a new legislation. The government pointed out on several occasions that virtual coins are not actual currency, and therefore they can result in great losses, as the recent crash confirmed.

On the other hand, there are economic experts that claim that bitcoin presents no threat to the stability of the financial system and that there are numerous ways to exploit the blockchain technology relying on securely encrypted information that speeds up payments, data transfers and contracts. South Korea is investigating the possible hacker attack on the Youbit bitcoin exchange, and they have reasons to believe that North Koreans have been the main culprits for the crackdown. However, this is not the first time that they accuse North Korea of cyber crime.

The first attack occurred in April when 4000 bitcoins have been stolen, and that attack was related to North Korean government, so that‘s why they believe that this second attack is their doing as well. After the latest attack, the officials haven’t reported the number of stolen bitcoins, but the statistics say that it‘s about 17% of the total assets. Although Pyongyang has been involved in a number of attacks in recent years, this time they denied involvement in the latest hacker attack.

It‘s not only South Korea that accuses North Korea of cyber attacks. Last year it was also accused by the White House of Wannacry cyber attacks that did harm to the computer systems in business, schools, and hospitals, demanding ransom payment in bitcoins. Indeed, hacking has become a profitable business, especially in North Korea where the sanctions suffocate the economy.

Effect on other markets

Financial industry experts say that the price of bitcoin deeply affects Forex and other markets. Since the Koreans heavily invest in bitcoins, if the price drops, the prices at the housing market will also drop, for example. Since they rely on high loan-to-value mortgages and investment in bitcoin, any plunge in cryptocurrency will create pressure on servicing the debt. The opposing opinion is that the repercussions will not be serious cause the traditional financial system lacks leverage and deep ties, so there are other bubbles that would rather burst than this one. The land of bitcoin zombies

Bitcoin zombie is an expression used for those who check the cryptocurrency price around the clock. Koreans, especially the young one, rush into bitcoins trading to earn huge profits in a short period of time, and the government wants to put an end to this pathological phenomenon that forces youth into illegal activities. Students in Seoul started to gather in classrooms not to study, but to share tips on cryptocurrency trading. They even bring their laptops to keep the track of their investments and participate in actual trading. The ‘zombies’ meet to develop strategies and plans and bring the decisions together. The information is the key to navigating the virtual market, even if you know nothing about cryptocurrencies or economy. No wonder that South Korea is the world‘s third-largest market in bitcoin trading. With about 2 million investors, Koreans are so obsessed with cryptocurrencies that they inspired that expression – the bitcoin zombie. Bitcoin zombie is also the nickname for the very South Korea being the country with fanatics who check out the price of bitcoin whenever they can! We‘ll have to wait and see if this global trend will die down with the new regulations.