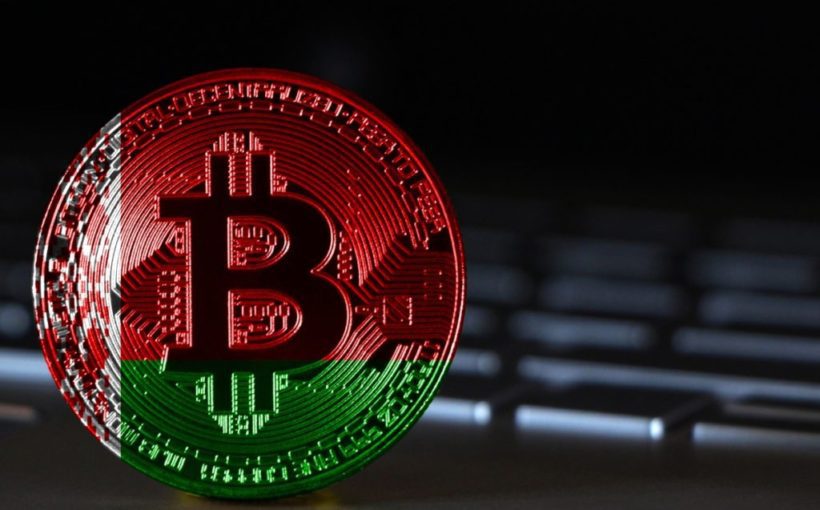 At the end of December 2017, Belarusian president Alexander Lukashenko signed a decree that confirmed that Belarus officially recognized bitcoin. This document will affect the development of the digital economy, cause the main goal of the state is to attract global IT companies to come to Belarus and open their development centers, representative offices and make popular products.

Another goal of the decree refers to smart contracts, ICOs (Initial Coin Offering) and cryptocurrencies. Legalization of cryptocurrencies implies the boosting of the private sector and drawing of private investment that will liberalize their Soviet-like economy. The state will legalize tax-free bitcoin transactions, including mining for the next 5 years.

180 days visa-free for IT specialists

The president of Belarus issued a decree that introduced visa-free travel options for potential investors and residents of the China-Belarus industrial park, where they will be able to stay 180 days per year. This international project wants to attract experienced IT specialists from all over the world to implement their projects and ideas 180 days a year. Migrants will also be accepted, but the regulation for foreign general contractors must be set. However, experts believe that this project is a good investment in future, a good introduction to innovative technologies and highly advanced financial instruments. HTP park, an IT-focused economic zone similar to Silicon Valley in the USA, established as an R&D center managed to attract Fitbit, Rakuten (Viber), IAC, WorkFusion and it currently counts 192 residents. Legalization of cryptocurrency transactions will have a positive impact on High-Tech Park residents. They‘ll become firms that will mine and exchange bitcoins, and they will be able to issue their own ICO tokens and buy/sell them through crypto exchanges. Also, their residents are freed from the obligation to pay taxes (income tax, land tax, property tax, value added tax). These favorable conditions will be beneficial for both companies and investors, but also for ordinary citizens. On the other hand, Ministry of Finance is not very happy about the legalization – they express doubts because they are assured that cryptocurrencies bring serious risks to the financial market since its hard to supervise the transactions and trace their flows. However, IT experts encourage the reformation of the existing laws in order to maximize the level of protection for all the participants. It is expected that Belarus will enable a system that will allow the exchange of real money for the cryptocurrency and that it might become one of the leading countries with advanced cryptocurrency development.

Belarus – a new IT capital?

The decree will help Belarus join jurisdictions as Zug (Switzerland) in creating favorable conditions, where cryptocurrencies would only flourish. Also, Belarus may easily become a new destination for new cryptocurrencies. Their idea is to create their blockchain enterprise by 2023. with special provisions like low taxes, and free VAT. Belarus‘ goal is to become new Hong Kong – the king of IT in the Slavic kingdom, that would be a good thing in this world of political and financial instability. Japan and South Korea have also accepted favorable regulations related to cryptocurrencies, and Kazakhstan and Russia decided to create their own cryptocurrency backed by fiat. Although it still hasn‘ become a relevant country on the competitive cryptocurrency market, it doesn’t mean that it won‘t become one soon. At the moment, the leading countries on the cryptomarket are the USA and Japan, conveying more than 60% of global cryptocurrency trades. They are closely followed by Hong Kong and South Korea. Belarus ready to make the most of the cryptocurrency system

Bitcoin, as the most popular cryptocurrency, lately hit the record high of nearly $20 000 and then lost a third of its value. Despite the volatility, supporters of Bitcoin believe that this new monetary system will introduce some radical changes, not depending on central banks. Belarus wants to take its chance to squeeze itself out from the crevice between Russia and the European Union and break free from the inherited Soviet bureaucracy, inefficient state-owned enterprises, state money, and subsidies. The new reforms related to the IT sector are expected to improve the business climate and boost the economy after the recession. Having developed some globally popular IT brands, they want to attract digital coin entrepreneurs and move business towards cryptocurrencies. This kind of redirection will give the IT industry a possibility to work with foreign capital in comfortable conditions on the safer ground.

Although investors don‘t want to deal with Belarusian legislation, the IT industry managed to avoid the law and facing the complex legal problems. The IT sector is expected to to have influenced the growth of Belarusian economy for 1.7% in 2017, but still heavy industries, run by a state, have to modernize if they want to feel some real improvement in the economy. State-owned companies have seen little or no reforms at all since the Soviet Union broke down. However, Belarusian software companies in Minsk are flourishing, attracting both foreign investors and local experts for high wages, five times the state‘s average.

The first cryptocurrency exchange in March

The first legalized cryptocurrency exchange will be launched in March 2018. and there will be introduced new Forex pairs like bitcoin and Belarusian ruble. The future exchange will be the first centralized cryptocurrency exchange with legal input and output of fiat funds, and the exchange includes the following countries – besides Belarus, there are included Russia, Kazakhstan, Kyrgyzstan, and Armenia. The project is supported by Cry, the first blockchain technology company in Belarus, operating since 2015. It has been designing and constructing mining farms and providing consulting services. Now that the law is passed, cryptocurrencies and ICO tokens will be approved to circulate for both financing and mining.

It‘s clear that digital economy will take Belarus a step forward in comparison to its neighbors in this race of emerging and disruptive technologies with 100 % absence of bureaucracy. Although some consider bitcoin the current trend, the approach to the phenomenon of bitcoin should be carefully explored cause it may change the future for good.