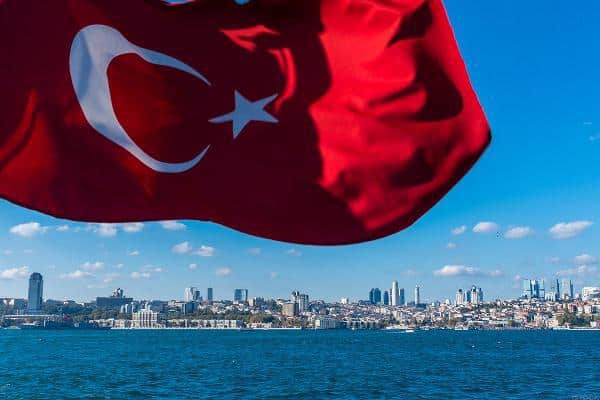 It seems that Turkey plunged into a financial crisis as the value of lira sank due to concerns over the government‘ s economic policies and tensions with the USA. The markets have fear of catastrophic consequences, inflation is on the rise, and exports are in danger of sanctions. The question is: what has caused all this turmoil? Even before the crisis, the lira was marked as the worst performer on the market, and in comparison to the US dollar, it dropped by almost 50% in a year. Turkey’s lira has further dramatically lost its value after Trump announced that he would double the penalties on Turkish steel and aluminum. At the moment, Turkey is facing many challenges, like account deficit and high debts. In July the inflation hit 15.9% which is five times higher than the average rate of the rich countries. The government has crossed the limit in borrowing foreign currencies, and Erdogan warned that he would introduce drastic measures if companies withdraw these currencies from banks in the midst of a crisis due to the sharp drop in lira. There is also fear that the construction sector might experience a downfall due to growing banking debts.

What’s the real reason for the ongoing chaos?

Before Donald Trump announced the sanctions, Turkey detained a Christian evangelical pastor, Andrew Brunson, who was accused of terrorism, espionage and the failed coup d’etat. The unofficial US reports say that the USA set the deadline for his release by the end of this week. However, the pastor’s detention has seriously disturbed the relations between the NATO allies. On the other hand, despite the threat of sanctions, Erdogan replies that the US should forget the unjustified rhetoric and threats and that a constructive dialogue should be something that their two countries must work on. In addition, Brunson worked in Turkey for two decades and was accused to be a collaborator in a failed coup in 2016. If found guilty of the charge, the pastor will deal a 35 years sentence.

In addition, Trump announced the doubling of import tariffs on aluminum and steel that could gravely disturb the financial markets and cause even a lower drop of lira. Even before Trump’s reaction, investors hurried to buy dollars and yens considering these currencies as a safe haven on the currently volatile market. Forex markets have made a considerable pressure on lira in the past 12 months causing it to hit a record low last week. Although Erdogan tried to restore confidence in lira, it had little influence on the international markets to calm down. Although they partly have made attempt to implore Trump to turn back to negotiations, Erdogan doesn’t want to abandon his aggressive rhetoric and thus he makes the entire situation worse. 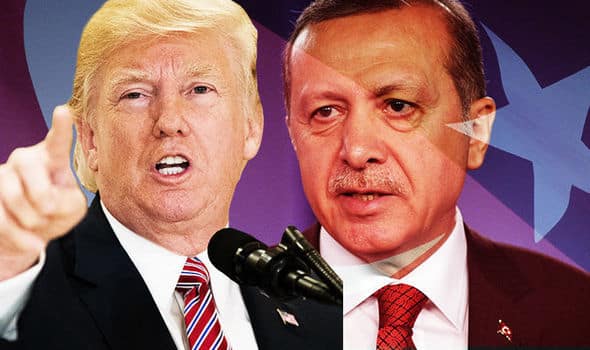 How does the drop of lira affect other markets?

The plunge of Turkish lira spread to other world’s markets: Shanghai’s composite index decreased below 1% and similar declines hit South Korea and Japan (shares in Japan dropped lower than 1.6%). Markets remain unclear while Erdogan is strengthening his control over the economic policy. The strong dollar caused by lira’s plunge puts further pressure on the markets worldwide. The South African currency dropped below 10% and it further affected other emerging market currencies like Indonesian rupiah, Indian rupee or Argentinian peso. The Australian dollar also remained under pressure hitting the lowest level since 2016. It’s expected that lira will soon start affecting the European banks especially the major lenders like France and Spain. 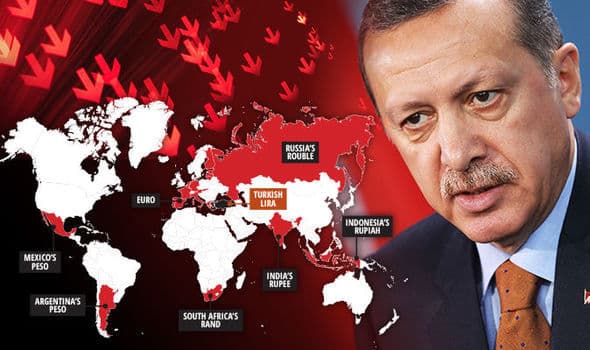 The consequences of the crisis

The EU is closely watching the crisis in Turkey, slowly getting ready for the potential effect that it might have on the EU banks and for possible developments in the global markets. The EU Commission representatives say that they are aware that it’s likely to expect some significant impacts on the EU banks, euro-era economy and political atmosphere. However, the impact will be limited if the crisis does not deepen. If it continues, it will, by no means, affect both the economy and the ECB policy. For example, Italy’s banks are already at risk, and Turkey’s crisis could only make things worse.

The recession in Turkey has been slowly deteriorating since 2016, and it doesn’t seem that the situation will get any better. With the failure of independent institutions, freedom of speech and opposition, Erdogan overtook all the power in the country for himself and his associates. However, there is no rule of law, no independent elections, and there is also an increased risk of civil war. With the Islamisation of Turkey, he has increased spending on Syria and Iraq military operations, which increases the possibility of an invasion of these countries and the second coup. These economy weakening factors could cause a long-term catastrophe and everything could go backward at a speed of light.

The effects on tourism

Turkey, as a tourist destination, has become extremely cheap: for example, for one pound you can by as twice as many liras than the same period last year. However, it shouldn’t be expected that the package holidays will immediately drop, although the costs of shopping, excursions or eating out have significantly dropped down. The independent travelers will also encounter favorable offers and face more competitive accommodation deals than they did last year. In general, Turkish tourism has been facing a bad situation for a few years in a row. After the increasing number of visitors in 2014, in 2016 the number of visitors almost decreased double due to the terrorist attacks and the overall instability. However, the drop in lira still attracts a large number of tourists, as well as everlasting Turkish beautiful seaside and famous historical and cultural heritage. However, it’s not advised to travel to the south-east part of the country (near the borders with Syria an Iraq), but the south and west coast are safe and unaffected by the unrest.