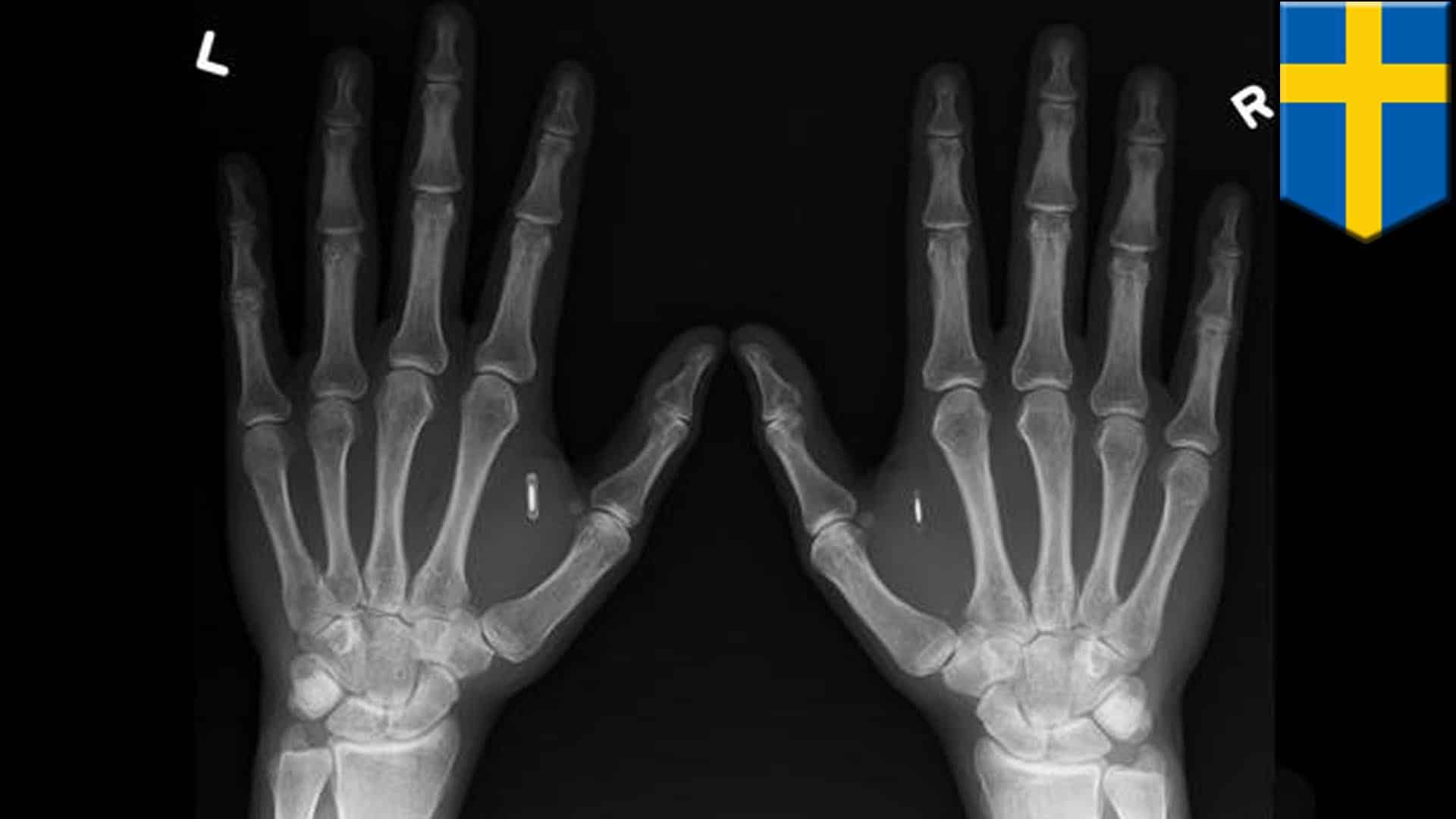 It seems that wallets in Sweden have become a thing of the past, but not only wallets. Swedes are also on their way to get rid of credit cards and keys. There also seems that there have been invented even smarter methods for storing important stuff and information, and these are microchips that are both practical and invasive. Namely, thousands of Swedes have built microchips into their body that now serve as credit cars, keys for cars and even tickets for transportation. They have a great confidence in digital technology and therefore they believe that technological progress can only bring something good to their life.

How did it all start?

Who would say that behind this genius idea stands an ex-owner of a piercing salon Jowan Österlund? Österlund became the world‘ s most famous biohacker that implants digital microchips beneath the skin of the employees of his company Biohax, turning them into ‘superhumans‘. He started with the high-end CTOs and CEOs, and the fad spread further, all with the goal to make a change in bureaucracy that can frequently be a pain in the neck. The first Swede to have the microchip implanted was Magnus Glantz, a manager at Telenor Connection. Österlund has implanted over 1 500 microchips so far, and this technological trend is becoming more and more popular since it considerably saves time and makes logistics more efficient. 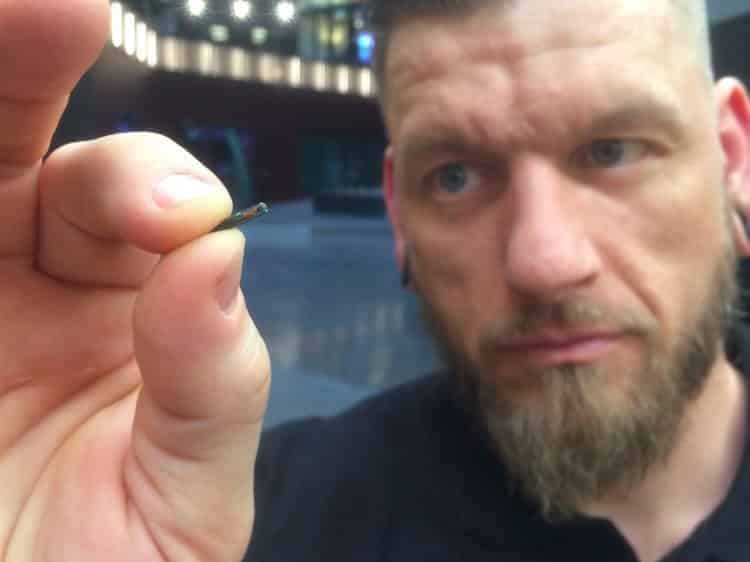 Inserting a microchip is similar to that of piercing – the microchip is inserted by a syringe, and it’s almost painless. Those who have inserted the chip explained the sensation as a mild sting. However, although the procedure is almost painless, the implants may cause different infections and contraindications that could endanger the immune system.

How do these chips work?

The chip, actually, works as a keychain. It’s based on near-field communication (NFC), and that’s how it sends the information from a microchip to a reader (when they are 4cm apart). This principle is actually a more sophisticated version of radio frequency identification. So, as we already mentioned, once you get a microchip implant in your hand, you can make payments, open or lock the doors, or put signatures on documents. It’s expected that this technology will improve over time and that the chip will convey even more complex operations.

The origin of the idea

This idea of getting a microchip under your skin is not new. The idea has emerged in 2015, perhaps even earlier, when some companies organized ’implant meetings’ for their employees to hang out. These chips are basically those that pets get at the veterinarian, so if they get lost, the owner can find them. The microchipped are common people, and not some biohackers, as it was thought in the first place. Especially in Sweden, these chips have become something normal to have and for almost a year due to these microchips, ordinary people pay their train tickets, as we already mentioned. Generally speaking, their economy is focused on the export of digital technologies and services as well as innovation.

The criticism of microchips

Not all people are actually enchanted with the idea of being microchipped. A large number of Europeans are horrified by the fact that a person voluntarily embeds a chip beneath his/her skin. One of the ‘con’ arguments is that big corporations can use this technology to control their employees – just by scanning a microchip, they can tell how much time has an employee actively spent working, having lunch, going to a toilet etc, and since these powerful corporations are promoters of such technologies, it wouldn’t be surprising that the future of total control is waiting around the corner! In addition, to get rid of these microchips is not that easy – you can easily toss away a wallet, but removing a chip is more complicated than that!

No matter how secure this data storage may seem, microchips can also get attacked by hackers by a specialized reader. Microchips are still not properly secured like smartphones for example. Security in smartphones has been attained by combining biometric readings (such as that of a fingerprint) and NFC technology. It will take time for the microchips to get properly secured and invulnerable to hacking attempts. Some people believe that this should be the first thing that technology intelligence must come up with – the guarantee of online privacy if they don’t want the digital security of this brand new technology to become a recurring nightmare.

On the other hand, Swedes generally don’t have a problem to share their personal information; they are available and recorded by Sweden’s social-security system. For example, if you want to get information about other people’s salaries, all you have to do is dial the tax authorities. Also, some people think that microchips are, in fact, safe from hackers’ attacks because this technology is still not that advanced. The data stored by these microchips is limited. So limited, in fact, that most probably it cannot be hacked. 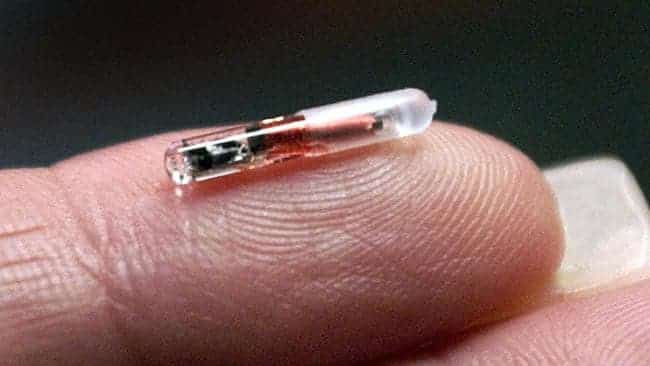 World Olympians association’s CEO claims that microchips implanted in the skin of athletes could easily track the presence of illegal drug substance in their body. Also, chips with GPS can physically determine the exact longitude, latitude, speed, direction of a person, and in the future, it could help to locate the fugitives and/or missing persons, of course, if this advantage is not misused for political oppression and persecution of human rights, for example. At the moment, scientists are working on the model that could contain more than one code in order to use one chip for multiple purposes. Although these inventions seem a little bit scary, no one can deny that they are effective! The future is coming, but it’s not rushing anywhere.