The latest figures related to the percentage of the unemployment rate in Russia in 2018 show almost 10%, but this rate threatens to increase if the government raises the age of retirement. Older age groups will suffer more than others, cause if they will be forced to find jobs at the older age, it will be more difficult cause most of the job vacancies require technological knowledge which the majority of them does not possess. And with the increase of retirement age, the problem of unemployment of elderly will become very serious by reflecting in the decrease of wages, labor conflicts, and social protests. On the other hand, if the young people can’t get a job in their early twenties, the Russian economy in 2018, and generally, in the years to come can’t benefit from the digital advances. Statistics further show that half of the graduates can’t find the adequate job adjusted to their skills and qualifications and thus they cannot have an impact on technological development and Russia’s economic growth.

Although it has recovered from a deep contraction 2015-2016, the Russian economy is predicted to grow only up to 2 percent by the end of 2018. However, if we take into account the entire political situation and the whole range of different problems, it can be concluded that their economy is moving on the rising path. Russia has recorded a solid productivity and sustainable growth, and on the other hand, Russian population statistics mark the negative population growth, which of course, reflects on the growth potential making it difficult to be sustained. In fact, the Russian economy has always been volatile, and the political instabilities only make it more unpredictable, but despite the unfavorable conditions and fluctuating oil prices, some investors still take risks of investments.

Russia experienced equity investments’ banishment and prohibition of financial transactions and it’s facing some more sanctions and bans to come, so that’s why economic experts warn investors to be very cautious, despite a number of temptations that could bring them huge profits. Things would be much better if some deep structural reforms would take place, but economic experts believe that wouldn’t be happening any time soon. So it’s pretty clear that the Russian market is not for those who have weak hearts, but for those brave investors who know all the minute details of the political climate in Russia, being aware of all possible risks and being able to adjust their strategies any time and in any situation. At the moment, Russia is having one of the strongest balance sheets, and due to harsh cuts of public spending and credit tightening the economy is experiencing a cyclical recovery, but the main economic risk presents the up-swinging energy prices.

Can Russia expect profit from the World Cup?

All eyes are set on Russia as a host of the World Cup in 2018. They’re trying to finish everything on time (hotels, stadiums, transportation), and they already have experience having been organizers of Winter Olympics in Sochi in 2014. But, unfortunately not everything is going according to the plan! Two months ago, stadiums in 6 cities still hadn’t been finished (the World Cup is taking place in June), and the budget was exceeded by hundreds of millions of dollars. According to the previous experience with the Olympic games in 2014, its likely to expect that the expenses will continue to rise, and it’s also likely that Russia won’t profit from the World Cup. However, Russians still believe that this event will help in developing the country, in attracting investors and thus creating a chance for millions of people to live a much better and perspective life.

This event is also seen as an opportunity to gain access to federal funds that will help the development of various national projects. In addition, this will also be an opportunity to create an environment for new job positions and generate revenue in tourism and retail sector during the Cup. Despite all these hopes, Russians must be aware of the realistic impact on the economy and they also must take into consideration negative impacts such as pollution, construction disadvantages, crime and the limited amount of profit that can actually be attained. The government will use this event to relight the patriotic feelings and distract the nation from the burning economic issues that have been causing the stagnation (4 years of decrease in wages, for example), and everybody knows that only real structural reforms can improve the economy and be beneficial for the Russian people. 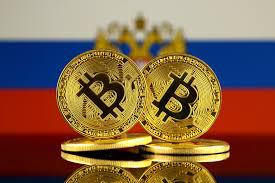 After drastic preventive measures in the attempt to regulate the Forex market, the government has come up with another strategy – to regulate the control and production of cryptocurrencies. This new legal framework is expected to define the rules related to mining, trading ICOs and cryptocurrencies’ exchange. The law will also keep in control the possible cryptocurrency criminal actions and fraudulent activities, and enable a more stable system.

Cryptocurrencies have been a major topic everywhere in the world, and Russia is not an exception either. The government in Belarus at the end of the previous year decided to legalize digital currencies, and the analysists believe that more and more countries would do the same cause digital money has begun attracting numerous distinguished companies and boosted the economic activity. The Russian officials believe that the new regulations will enable a much easier exchange of coins according to the imposed and necessary laws. The government is hoping to pass the new regulations by this summer and the scheduled date is July 1st. There have already been proposed 2 draft laws, one by the Central bank and the other by the Ministry of Finance. In some points, these drafts have reached a consensus, but they do not agree completely. However, both bills will be submitted for consideration – to take into account all the possible risks that cryptocurrency trading might bring along and come up with the best regulatory solution.